Report: "They were not charismatic men - they were horrible, nasty and violent."

Peaky Blinders has been one of the TV hits of recent years. Created by Steven Knight and starring Irish actor (and Brainstorm contributor) Cillian Murphy, the shows follows the adventures of the Shelby crime family in Birmingham in the aftermath of the First World War. The fictional gang is loosely based on the Peaky Blinders, who were a real 19th century gang who were active in the city.

Professor Carl Chinn is former Professor of Community History at the University of Birmingham and the author of Peaky Blinders: The Real Story, a book which tells the true story of the notorious gang, one of whom was his own great grandfather. He joined the Ryan Tubridy Show to talk about the reality behind the drama. 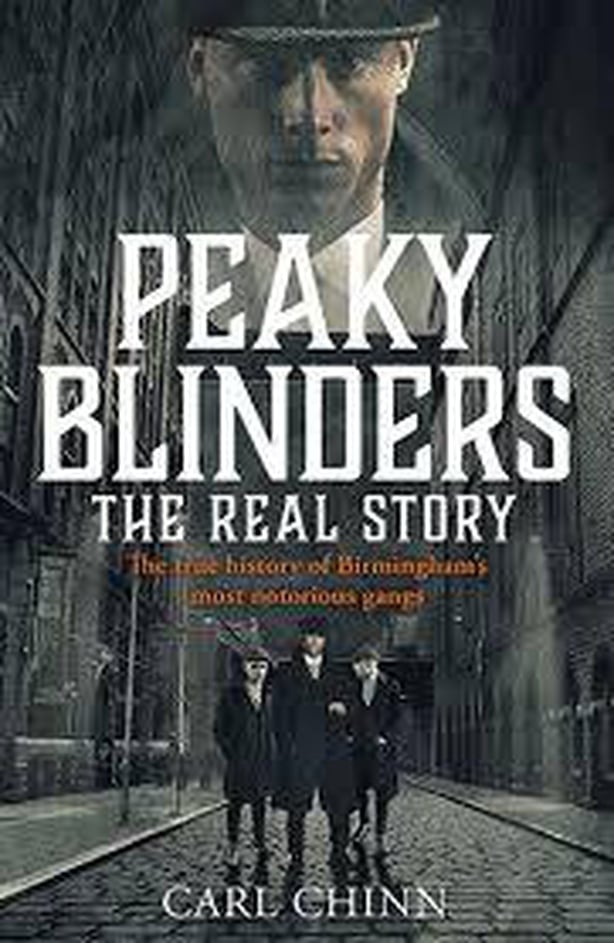 The first divergence from history is that the real Peaky Blinders were dead and buried before the First World War. "A number of English cities had a major problem with backstreet gangs before the First World War", explains Chinn. "You'd Liverpool, Manchester and Salford, where the gangs were called Scuttlers, parts of London and Birmingham. The gangs in Birmingham emerged from the 1860s and were called Sloggers, a term for someone who strikes you with a fierce blow, and a new term comes in from 1890, the Peaky Blinders. They were not charismatic men - they were horrible, nasty and violent."

One time where fact and fiction do chime is in the demise of the gangs. "The gangs were put down and had disappeared before the First World War due to strong policing enforced by a Protestant police chief from Northern Ireland called Charles Haughton Rafter", says Chinn. "Of course, this is a Protestant police chief from Northern Ireland in the series who comes over to deal with the Peaky Blinders. While Campbell the police officer in the TV series is sectarian, Rafter was not and 10% of the Birmingham police force in 1911 were Irish, which was a much bigger proportion than Irish in the general population."

Trailer for season 5 of Peaky Blinders

Bad news for all those sporting flat caps trying to look like Thomas Shelby: you should be wearing a bowler hat. "When I was growing up, I'd heard that they slashed the front of their cap, which had a disposable safety razor blade sewn into the peak, across the forehead of their enemies hence causing blood to flow into the eyes and blind them. But the disposable razor was not patented by King Gillette in America until 1904 and were not sold in great numbers in England until 1910 by which time the Peaky Blinder gangs had gone. Moreover, the first fashion of the Peaky Blinders was not a flat cap, but a billycock, which was a form of bowler hat."

So where did the name come from? "Gang members had short cropped hair with a quiff of hair on one side which they plastered on their foreheads and which they liked to show off so they shoved the billycock to one side. When the flat cap came into fashion, they put the peak of the cap down over one eye hence the peaky blinding."

Chinn describes one of the gang members, Edward Derek, as "a wife-beater, a thief, a waster, a violent ruffian". That was the author's great-grandfather. "He's a man for whom I have nothing but contempt. I knew of him growing up - he had died when I was seven or eight - but I heard stories from my family and people who lived in his street. I didn't realise until I started doing more research that he was a backstreet thug and I found a mugshot of him in the Birmingham police force's museum."

It's important to remember the reality of the gang, says Chinn. "These gangs didn't just fight each other or attack the police, they preyed upon their own. They attacked the hard working, decent, respectable poor. It's really important that we bear in mind that the majority of poorer people were not criminals. Despite the deprivation and trials and tribulations which beset them daily, they strove for the best and tried to create a better world - and the women were at the heart of struggle against poverty."

So what does Chinn make of the TV show when he sits down to watch it? "One half of me thought it was powerful, passionate, compelling drama, but the historian side of me though was going 'that didn't happen, that's wrong'. It's hard to disengage the history from the drama and you have to suspend reality to an extent. We need to understand that a historical drama is just that - a drama - but there is reality behind it."

Hear the interview in full below