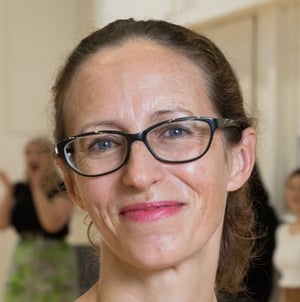 Opinion: a new project aims to change how the next generation of theatre artists and producers are trained

Earlier this year, 18 of our first year theatre students performed for the launch ceremony of the new partnership between UCC and Cork Opera House. We’ve talked much this academic year about the particular wonder and trouble of theatre and its tangled relationship with physicality and bodies, particularly (but not only) for young women. Their first year at university studying theatre has coincided with the Harvey Weinstein scandal and the #MeToo campaign.

As the story of Weinstein’s behaviour unravelled and others joined them, it became clear that the industries of theatre and film have been sites of abuse for decades. As a result, instances of the powerful exploiting the aspirant were rife (see, for example, accusations made about Michael Colgan at The Gate in Dublin). Emer O’Toole in The Guardian wrote about responding to these accusations by tracing "the emotional architecture of patriarchy" and the "palimpsests of doubt and shame."

This is not an ordinary year to be a first year university theatre student as this is a year when studies of politics, gender and theatre have a shattering contemporary context. It hasn’t been possible to ignore this, since it cuts to the heart of what theatre is and how we ought to be educating young theatre artists.

For us, this has meant asserting the vigorous integration of physical/vocal theatre practice with theoretical and critical approaches to theatre. It's a process of working in two registers - the discursive and the physical. It has meant training students in slower, more reflective performance practices, as well as the liveliness of wrestling with a play's text. It has meant making space for the possibility of connecting all of this to the students’ lived experience, as a way for them to develop both a sense of theatre as a form of enquiry and to understand that inner life matters; that it is itself political and often powerfully gendered.

For these first year theatre students, it’s a big deal performing at Cork Opera House in front of a large crowd. To do this, we build on a semester’s training in ensemble theatre; how the students might be powerfully present and focused collaboratively. It is only a few minutes of performance, but it has to be razor-sharp and arresting.

This in itself is a political act: a re-crafting of hero structure, the star vehicle and the gradual build-up and dénouement of so much narrative. In our last rehearsal, I spoke about how none of them was more important than anyone else, that if one of them loses focus, energy pours from the group. And they listen.

Whilst teaching these first year theatre students, I also meet weekly with the CEO of Cork Opera House, Eibhlín Gleeson. We drink coffee in the foyer café, or (if the meetings are bigger) upstairs in the elbow room, a cantilevered glass space nudging the air over the Lee; a room to take your breath away. And we are in the business of taking breath away, of finding ways for enchantment itself to be intelligent. Eibhlín and I dreamed up the idea of a Learning Theatre and peopled it with four pillars to set it running; a Theatre Artist in Residence, a PhD Scholarship, a new MA and internships.

Meanwhile, I am crafting breath and moment with first years, and as we come closer to our launch day, so the machinery of the Opera House shifts gears and meets us. There are headset microphones and technical rehearsals, there are real dressing rooms, and sign-in sheets at the stage door, there is a stage manager and a call for "Beginners". But more than all of that, there is the performance itself and the shock of real people in the complicated space of the Blue Angel bar, in which the students will navigate their way amongst the crowd, to sit on the bar, with a shift of focus to a distant corner stage, to a sung lament, standing, all 18 of them, on the long curved seating at its centre.

The choreographer and dance academic Jenny Roche wrote recently in Dance Matters in Ireland about the transformative potential of incorporating practices which prioritise felt sensation into the training of young dancers. She argues for the critical shift in learning that happens when the powerfully visual genre of dance is inflected with an understanding of personal embodiment.

Bringing the cultural industry of an opera house in close collaboration with a university is important, but the sensibility of how we work together is everything.

Put more simply, it would (and does) utterly change what it means to train the next generation of dancers and theatre artists, if they are also fluent in listening to themselves. Such a process of attunement allows first years to understand that ensemble performance begins with their own felt sense of themselves, and that only this allows them to connect to each other, and (after the performance), that that is what allows them to open to an audience, to allow that present tense exchange of energy from performers and audience alike.

As Eibhlín and I plot for wonder, we are driven by the charge of this astonishing and extraordinary year. We both know in our bones that we have a responsibility to do things differently, to shift the paradigm of learning for the next generation of theatre artists and producers. Bringing the cultural industry of an opera house in close collaboration with a university is important, but it isn’t enough. The sensibility of how we work together is everything.

We need our theatre artists to be healthy and connected to themselves, as well as fluent in the business of making theatre. We need them to rock the boat and change the cultural life of Ireland, and to do so assuming a radical equality and responsibility based on connectedness as well as singular vision and imagination. Here’s to the next generation of theatre professionals in Ireland; may your work matter in ways we can’t yet imagine. 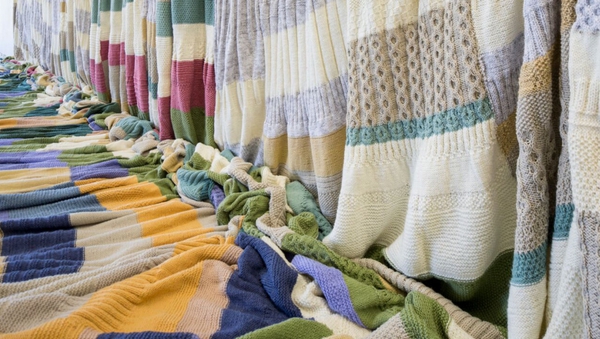 How a knitting project in Cork became a controversial yarn