Opinion: rather than promotional labels like Hidden Heartlands, creative thinking is the key to a sustainable Midlands

With appropriate fanfare, Fáilte Ireland recently announced its latest tourism branding initiative. Ireland’s Hidden Heartlands follows on from the enormous success of the Wild Atlantic Way, launched in 2014, which in turn led to the branding of Ireland’s Ancient East two years later. As a touring route, the Wild Atlantic Way has a clear logic which has proven difficult to replicate elsewhere. But Ireland’s Ancient East, encompassing 17 counties including Cork and Cavan, has been a more difficult sell, with its multiple themes and stories.

Now it is the turn of what might be seen as the "leftovers". Most of the newly designated Hidden Heartlands comprises those counties which were missed out in the previous two initiatives, although there is also some degree of overlap, particularly with the Ancient East.

Already local advocates have decried the geographical peculiarities of Fáilte Ireland’s place marketing. The inclusion of north Leitrim in the Hidden Heartlands has been criticised on the basis that its short coastline makes it a better fit with the Wild Atlantic Way, while others contend that the omission of Laois – arguably the most "midland of counties (as quiz experts remind us, it is the only county not to border a county with a coastline) – is a grave error. 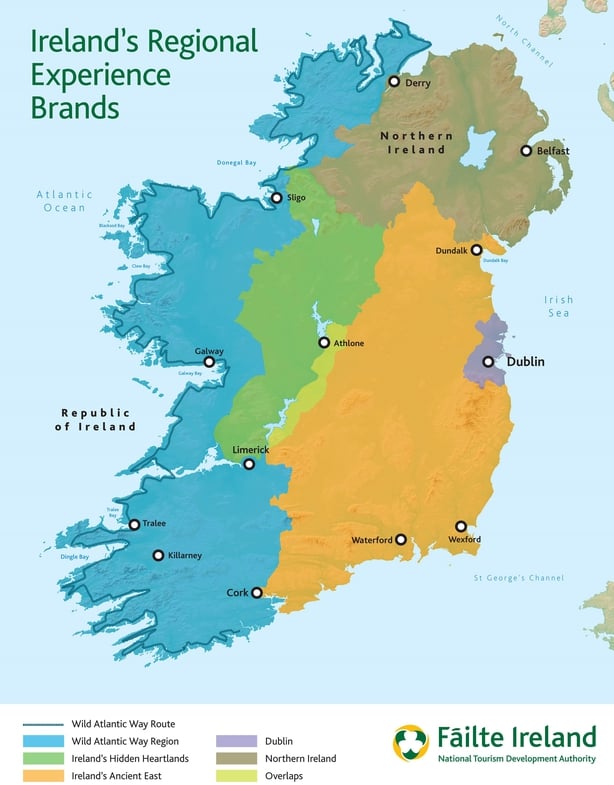 In many quarters, the Hidden Heartlands brand has been portrayed as selling the midlands, though it would be more accurately characterised as a rebranding of the river Shannon and its immediate hinterland. Place-marketing is an important tourism strategy, aiming to spread the economic and employment benefits of tourism beyond traditional hotspots. However, the challenge of promoting the Midlands will not necessarily be eased by this "third best" designation with its dubious geographical rationale. Perhaps the invention of the ‘Hidden Heartlands’ is an opportune moment to consider broader issues facing the Irish Midlands.

Whatever the definition, the Midlands is perceived as being an in-between place

The somewhat amorphous nature of the Midlands is not helpful to developing a distinctive identity. For many purposes, from EU statistical reporting to local radio broadcasting, it is defined as encompassing the four key counties of Laois, Offaly, Westmeath and Longford, but Ireland’s central plain is more extensive. In The Way I Went, Robert Lloyd Praeger included North Tipperary, Laois, Offaly, Westmeath, Longford and Roscommon in the midlands, while geographer Paul Gibson’s Heritage Landscapes of the Irish Midlands includes an area approximately 100km wide from east to west and 115km from north to south, including all of Westmeath, Offaly and Laois, together with parts of nine other counties.

Whatever the definition, the Midlands is perceived as being an in-between place, between the west coast wilderness – the imaginary which has been portrayed as the "real Ireland" since at least the 19th century - and the sophistication and cosmopolitanism of the east coast, the arrival point for most overseas visitors. The Midlands is often a place one travels through as quickly as possible on the way to somewhere else. Motorway views punctuated by wind turbines and pylons carrying power from Moneypoint or the Midlands’ own doomed peat-burning stations do little to challenge such preconceptions.

RTÉ News report on the launch of the Hidden Heartlands' initiative

Far from being a relatively flat area of limited interest, Ireland’s Midlands offer a rich physical and archaeological heritage. The few heights punctuating the plain include the Hill of Uisneach, once the seat of kings and with views of 20 counties on a clear day, and the magnificent Slieve Blooms.

If place marketing is about selling the best of ourselves, surely more could be made of these unique aspects of the Midlands?

The raised bogs which still characterise the region are increasingly appreciated for their biodiversity and role in clean water provision and regulating climate, as well as potential aesthetic and tourist value. Specific peatland-related places of interest include the remarkably-preserved Iron Age trackway at Corlea in Co. Longford and the Clara Bog nature reserve in Co. Offaly. If place marketing is about selling the best of ourselves, surely more could be made of these unique aspects of the Midlands?

Despite its subtle charms, this is a region which reflects many of the flaws of Ireland’s approach to spatial planning. Impoverished Midlands landscapes are the legacy of years of laissez-faire attitudes to one-off rural housing together with decisions made by semi-state companies driven by economic imperative rather than environmental sustainability. Dublin’s continued dominance, to the detriment of the regions, is clearly evident. The Midlands can be seen as servicing (and subservient to) Dublin, via the crisscrossing road networks, power lines and Dublin-oriented housing. This has been emphasised once again with Irish Water’s decision to supply Dublin’s needs by drawing water from the Shannon via a 170km long pipeline through the Midlands.

There is much potential for positive and creative change

More sustainable approaches to national development are the intention of a series of ambitious national plans and strategies launched since 2015. The National Landscape Strategy (2015) seeks to "protect, manage and properly plan… for the sustainable stewardship of our landscape", while the National Planning Framework (2018) aims to achieve balanced development across the country. While these proposals offer some hope of a shift in thinking, they may well find their toughest testbed in the Midlands region.

Many of the challenges facing the Midlands are encapsulated in the National Peatlands Strategy (2015), with its 25 principles and 32 actions reflecting the complexities of achieving a balance between competing demands on the landscape. The potential for positive and creative change is exemplified by the otherworldly Lough Boora, Co. Offaly. Here the rehabilitation of an industrialised bog combining both natural and human features offers a metaphor for a possible future Midlands where the landscape is transformed while remaining true to its heritage.

Rather than a simplistic promotional label, such creative thinking is the key to a future Midlands region, which is socially, economically and environmentally sustainable – and which will become a destination rather than a conduit for visitors. 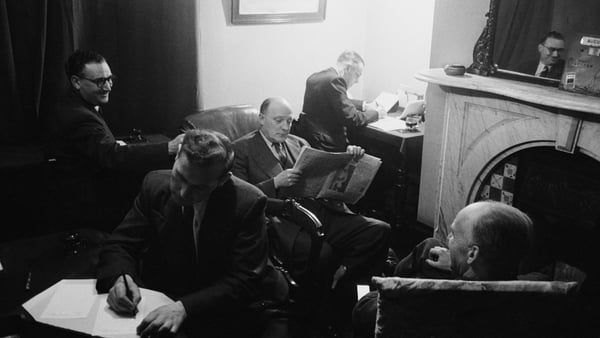