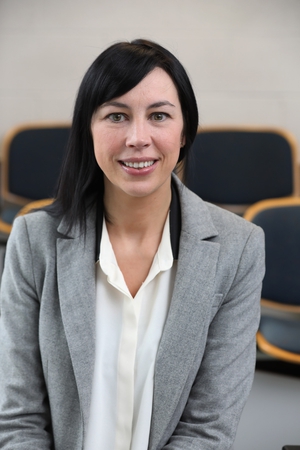 Opinion: fast fashion brings catwalk styles quickly and cheaply to the High Street, but it's a process which comes at a huge human and social cost

Fast fashion refers to fashionable clothes that are designed and manufactured as quickly as possible and sold to consumers at extremely low prices. New fast fashion garments arrive in stores weekly or even daily. They cost so little that many people can afford to fill their wardrobes with new outfits several times a year and then throw them out as soon as they go out of style.

Fast fashion or disposable fashion has become the norm in Europe. Initially adopted by Zara and Primark, the strategy has spread throughout the entire fashion industry. The message inherent in fast fashion brands is that the items are cheap so it's OK to purchase them for only one wear.

While fast fashion clothing may not cost the consumer much, it comes at a high price. The real cost of a €5 t-shirt lies in the low wages, dangerous working conditions and misery brought on by immense pressure from brands to churn out clothing for the lowest cost.

The rapid growth of globalisation since the 1980s has allowed large scale companies to shift the bulk of their production to the developing world. There, they can take advantage of lax regulations, as well as labour and factory costs, which are a fraction of those in Europe. Many fashion companies have stopped in-house production and instead have suppliers in developing countries manufacture for them.

Trailer for The True Cost, Andrew Morgan's 2015 documentary that focuses on fast fashion and explores the life of low-wage workers in developing countries

Globalisation has hugely strengthened the negotiating hand of retailers and brand companies and opened up the number of countries and factories they can buy from. This has created a growing number of developing world factories competing for a place in their supply chain. Fashion brands and retailers have tremendous power in negotiations and can demand faster more flexible deliveries at lower cost. Under such pressures, the smaller factory owners typically pass on the costs and risks to the weakest links in the chain: the workers they employ.

Until the 1990s, most fashion labels produced two main collections a year. However, today retailers need to compete not only on price but on their ability to be responsive and "refresh" products. Consumer demand is driven by the instant coverage of fashion weeks and street style in fashion magazines and online. Brands such as Zara, H&M, New Look, ASOS and Topshop compete against each other for market share by introducing more lines per year at lower costs, culminating in a situation where fashion retailers now offer up to 50 collections a year.

It used to take six months to bring new designs to the store, but the fast fashion brands manage to bring interpretations of catwalk designs to stores today in a minimum of two to three weeks

Retailers monitor demand for products using instore point-of-sale data which allows them to identify successful new products. Even when demand indicates that further supply is required for the same product, many retailers cannot resist ‘tweaking’ the product specification; making style adjustments to match the fashion of the moment. The supplier factories must be hyper-sensitive to cope with last minute orders with shorter lead times and last minute changes.

These developing-world suppliers would never tell a retailer that an order is too difficult, so workers simply must finish it. Suppliers manage this uncertainty and demand for flexibility by forcing workers to work long hours up to 18 hours a day. Oxfam report that a seven day working week is often the norm during peak times. Overtime is usually compulsory and workers penalised if they refuse to work it. In December 2010, the Clean Clothes Campaign reported that Zara and H&M sourced from a Bangladeshi factory where a fire killed 25 workers and injured another hundred. Many of these workers were unable to escape as exits had been locked.

Prices on the high street have fallen dramatically in the last decade. The fast fashion retailers are known for their aggressive pricing strategies, selling 30 to 50 percent below the old fashion mid-market. Garment factories located in developing countries respond to this price pressure by keeping wages as low as possible, often resulting in workers eking out an existence on starvation wages. NGOs have reported on Bangladeshi sewing machine operators working for 90-100 hours a week yet not having enough to live on for the month. Often workers will accept lower wages and poorer working conditions rather than lose their job.

Consumers enjoy the speeding up of fashion and it is difficult not to get sucked in by the lure of low cost when retailers offer €5 t-shirts. But when one considers the garment production process, it is impossible to comprehend how a €5 t-shirt could cover production and transportation costs, let alone allow for a living wage and produce a profit for the brand. In The True Cost, a garment worker in Bangladesh says "these clothes were made with our blood".  She is not wrong.

From RTÉ Radio One's Morning Ireland in 2013, Jim Clarken, Chief Executive of Oxfam Ireland, talks about how retailers must take responsibility for working conditions of suppliers

In 2012 and 2013, three devastating disasters in garment industry history made the international news, including the Rana Plaza factory collapse that killed 1,138 garment workers and injured 2,600 more. Around the world, people expressed horror at hearing of the unsafe working conditions and misery of those people making their clothes. Despite this, the industry has grown 21 percent in the last three years.

After the disaster, the Rana Plaza Arrangement was established to collect compensation from the fashion companies who had recent orders with the garment factories in the collapsed building. Clean Clothes Campaign report that reluctant fashion brands only paid into the fund after some vigorous campaigning. Despite promises from European fashion brands, improvements to factories are behind schedule and activists stress that chances of another disaster like Rana Plaza remain high. Although some fast fashion retailers acknowledge that garment workers need better wages, no company has committed to date to providing a living wage.

Civil society organisations are working hard to bring about better working conditions in the fashion industry but, in order to make real change, consumers must get involved in the campaign for more ethically produced clothing. In the words of The True Cost, "we can do better than this." 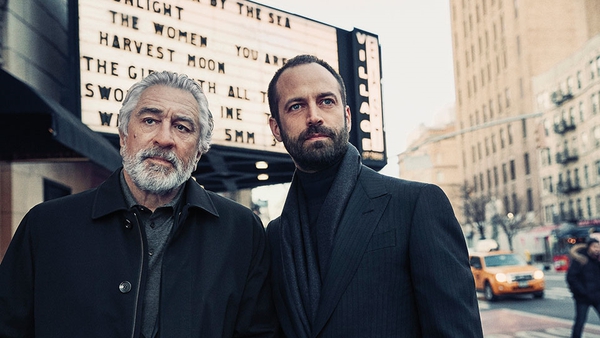 Beyond cardigans and anoraks: time for more fashion for older men