Opinion: the US president's responses to mass shooting incidents tell us much about America's gun control issues, but will anything change as a result?

Writing about Donald Trump just before his inauguration in January 2017, I asked how he might respond to mass shootings during his presidency. We have seen three major shooting incidents during his presidency so far: Las Vegas, where 58 people were slaughtered at an open-air concert; Sutherland Springs, Texas, where 26 church-goers lost their lives on a Sunday morning and, most recently, Parkland, Florida, where 17 students and staff died in an attack on Valentine’s Day.

Trump's responses to each of these incidents tell us something about him and something about the country and its great gun rights versus gun control impasse. The next question is whether anything will change as a result.

After the Las Vegas massacre – a record death toll for such shootings, not to mention more than 500 injured people – the US president played for time, a standard tack of politicians on the right. It is also a standard ploy of the National Rifle Association (NRA) when such events place unfettered access to guns under the spotlight. Trump promised "we’ll be talking about gun laws as time goes by", only to drop the issue. He also remarked that it was a "miracle" how quickly the police arrived – the premise being, presumably, that it could have been worse.

The tactic of distracting from the main issue became even more apparent in responding to the Texas episode which Trump characterised as a ‘mental health problem’, calling the shooter, Deven Patrick Kelly, a "very deranged individual". Such a person, standing outside the norm, ostensibly has no implications for the gun-owning community.

Under the pressure of organised and vocal student-led protests following the attack at Marjory Stoneman Douglas High School in Florida, Trump has conceded some ground, claiming that he will use an executive order to make the "bump stock" device, that was used in Las Vegas to turn the killer’s weapon into a machine-gun, illegal. He also claimed he would raise the age at which one could buy assault rifles, the weapon used by 19 year-old Florida shooter Nikolas Cruz, from 18 to 21 years – not that this would have helped in the case of 64 year old Las Vegas perpetrator, Stephen Paddock.

But Trump has also redeployed the suggestion of arming teachers as a solution and turning schools into police precincts, all in the name of protecting the "liberty" to own guns. Bizarrely, he condemned so-called "active shooter drills" as "very negative" and "crazy" at the same time.

The same impulse to divert the discussion was equally in evidence, from accusations that video games and movie violence constitute a cause to slamming the performance of law enforcement at the scene, which he called "frankly disgusting". The armed school resource officer, Scot Peterson, who waited outside and failed to engage the shooter, "choked" and "didn’t have the courage" to take action.(Peterson has resigned but his lawyer denied the accusations and said he followed protocol). In a further contribution taking matters to a new level of absurdity, Trump has declared that he believed that he himself "would have run in there, even if I didn’t have a weapon".

Where does this leave us? For starters, with a president who remains beholden to the NRA, which provided vast sums to support his campaign ($11m to him and $20m to attacking Hillary Clinton). Certainly, the speech by NRA head Wayne LaPierre to the Conservative Political Action Conference in the aftermath of the Florida shooting demonstrated a renewed commitment to polarising the issue. He condemed the "elites" who supposedly care nothing for school safety and "shamefully" politicise "tragedy" for their own ends.

LaPierre struck fear in the audience by raising the prospect of gun seizures, branding opponents as enemies of the Second Amendment, haters of "individual freedom" and "socialist" conspirators. As if this dark vision was not enough, he closed by uttering a chilling message to "harden our schools" (a phrase also used by Trump). Apparently, the notion of a childhood spent in an unarmed school is mere utopianism.

In theory, we should now be able to dispose of the "good guy with a gun" argument, since the armed on-site employee in Florida did nothing to prevent the deaths. Then again, maybe he just wasn’t "good enough". In fact, this is mere fantasy, refuted by the evidence of mass shootings on army and navy bases, where well-trained, heavily armed personnel could not stop the homicides.

Nor is there any merit in Trump’s preposterous idea that cowardly shooters would somehow be discouraged from attacking schools since they would encounter heavily armed individuals. As Anthony Swofford pointed out in a New York Times opinion piece, "assailants in such cases aren’t typically worried about losing their lives in the process. Usually, losing their lives is part of the plan."

Are we to believe that a disappointed would-be attacker, deterred from entering a school by a heavy armed presence, would think better of it all and remain at home? Or would they perhaps find some less patrolled-installation such as a mall or a cinema or park or any other gathering to unleash their violence? The gun advocates appear willing to militarise the society to a staggering extent in the name of liberty, compromising the most basic freedoms to buttress this one inviolable privilege.

It remains to be seen whether students and parents will succeed in maintaining pressure on politicians to act in defence of child safety. Perhaps, like the #metoo movement, this event will galvanise public sentiment and transform opinion. Maybe it will represent a turning point where reason prevails. While 17 year old Cameron Kasky's public rebuke to Florida senator Marco Rubio gives one hope, there is a long and hostile road ahead. 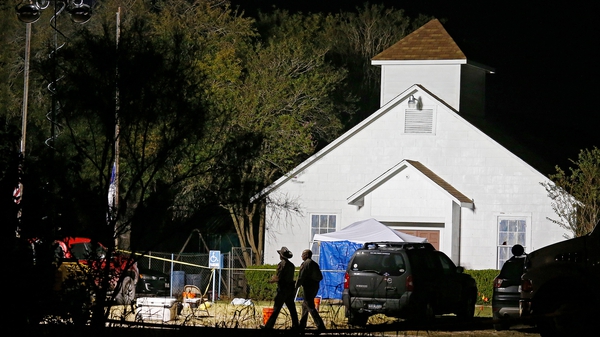 How much damage has Donald Trump done to the United States?

Joe Biden may win the White House, but where was the 'blue wave'?

You're fired: is Donald Trump set to become a presidential loser?