Opinion: a well-organised and networked opposition to contest such LGBTQ gains as same-sex marriage is very different to the anti-gay rhetoric of the past

For many years, the train of lesbian, gay, bisexual and trans equalities appeared unstoppable. In places like the UK and Canada, the passing of same-sex marriage appeared to enshrine the rights of those who were once persecuted for who they were and who they loved. After the euphoria of same sex marriage referendums in Ireland in 2015 and Australia in 2017, it can appear that the world is won.

Yet despite these victories, an increasingly well-organised and networked opposition is forming to contest these gains. The "new normal" is being challenged in ways that are very different to the anti-gay rhetoric of the past.

Panti Bliss in her Abbey Theatre speech noted that now homophobes are telling now us what homophobia is. What if this terminology is wrong? This backlash no longer neatly fits into descriptions of opponents as homophobia, biphobia and transphobia.

We rarely see gay men described as deviant, instead we see parents claiming they are seeking what is "best" for their children by removing them from school because a classmate is wearing the "wrong" uniform and asking to use new pronouns. This is more properly labelled "heteroactivism", a new form of attack that promotes heterosexuality as being morally superior.

The debate is often framed as being about protecting the child by shoring up the "natural" heterosexual family. This activism seeks to reinforce traditional gender roles and relations as best for society and to protect heterosexuality and traditional understandings of gender. The arguments are increasingly framed as claims for freedom of religion or freedom of speech to counter accusations of bigotry. The result is a new tactic that moves away from directly attacking LGBT individuals and cloaking criticism in more nebulous, faceless, and ideological arguments.

Heteroactivism needs to be named and understood. The supportive treatment of concerned parents by the media has not come from nowhere. These groups are getting increasingly sympathetic coverage because of their persistence and how they have adapted their arguments to appeal to more tolerant societies. They argue that there needs to be a focus on a specific understanding of sexuality and gender and they tout their lack of any "irrational fear", to actively counter accusations of homophobia, biphobia and transphobia. This is instead painted as equality legislation "going too far". These claims are about privileging heterosexual and cis-gendered individuals and family forms.

Denials of hatred are a key feature of heteroactivism that seeks to distance opponents from accusations of bigotry. Furthermore, these heteroactivist organisations are refining their arguments and forms of protest to undermine LGBT equalities often without overtly vilifying LGBT people. Tactics directly attacking LGBT people are less effective particularly in places such as Ireland, the UK and Canada where inclusion is supported both legislatively and by mainstream culture and can also fall under hate speech legislation. Nonetheless, the main goal remains to undermine LGBT relationships, LGBT families and their children as well as other "non-traditional" households, by celebrating heterosexuality as the "best" in ways that are recognised legally and socially.

These groups can be understood to have disappeared after campaigns such as the same-sex marriage referendums, overlooked as fringe groups and side-lined by a new normal, a new commonsense norm. But their arguments are evolving, carefully crafted, rehearsed and taught as they mobilise around claims about freedom of speech, freedom of religion and the "tyranny" of political correctness. This can mean a loss of "tip of the tongue" arguments to counter their narratives, narratives that are effectively countering points that used to win arguments.

They also have political and financial networks extending transnationally, with arguments which appeared during the British same-sex marriage debate also surfacing in the Irish and Australian campaigns

These heteroactivist organisations are made up of a variety of conservative, religious and secular traditionalists. They also have political and financial networks extending transnationally with arguments which appeared during the British same-sex marriage debate also surfacing in the Irish and Australian campaigns. Canada and the UK were used as a cautionary tale to encourage people to vote no in the Australian postal survey on same-sex marriage, a bitter battle mirroring that of the Irish referendum.

Heteroactivist movements are becoming increasingly co-ordinated and effective in places where LGBTQ rights are seen as ‘"won" or inevitable. Ignoring or dismissing their arguments is not sufficient and neither are labels like homophobia, biphobia or transphobia. Rather than acting on irrational fears, these movements are co-ordinated activisms that need to be understood and engaged with. The gains of the last 50 years are not secure. 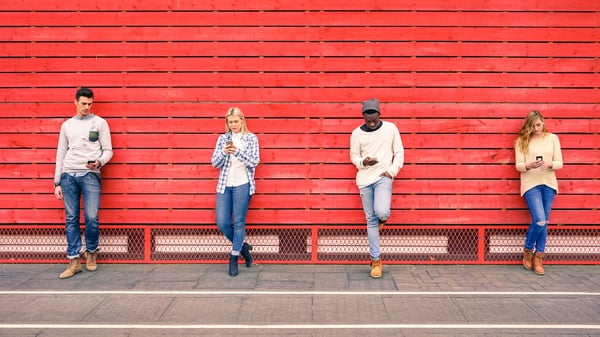