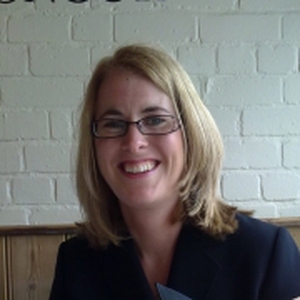 Opinion: a problem with treating tax avoidance as unethical behaviour is deciding where the boundary of avoidance versus compliance should be drawn

During the first presidential debate between Donald Trump and Hillary Clinton in September 2016, Clinton accused Trump of paying no federal income tax. His response was "that makes me smart".

Paying tax is central to the social contract between governments and citizens. The fulfilment of some of the most basic duties of government, including the provision of education and health services, the redistribution of wealth to achieve a more equitable society, public transport, national security, infrastructure development and so on, would be impossible without tax revenues. Tax is the price we pay for civilised society.

While tax evasion and tax avoidance have similar economic effects in that they both reduce government tax receipts, they are different from a legal and moral perspective. Tax evasion involves unlawfully paying less tax than the law mandates and is a criminal offence punishable by fines and/or imprisonment. Tax avoidance refers to the reduction of tax payments by legal means and is much more difficult to define comprehensively.

The perception has emerged of a two-tier system where the elite can avoid tax, but Joe Ryan the employee sees a large chunk of their earnings swallowed up in tax

Some avoidance is simple and sensible, such as investing money in a pension fund to avail of a tax deduction at the marginal rate of income tax. That kind of transaction lies on one extreme of what might be viewed as a continuum of tax avoidance and is not only legal, but is typically viewed as acceptable.

But as tax avoidance moves further away from tax planning, individuals or corporates may seek to reduce tax liabilities by exploiting loopholes in the legislation, often using intricate structures deliberately designed by tax practitioners. Some tax avoidance structures are highly convoluted and involve fundamentally changing the nature of transactions or creating artificial transactions in order to take advantage of particular concessions within the legislation.

Many multinational corporations engage in tax arbitrage by adopting structures which derive tax advantages from the interplay of different tax jurisdictions’ laws, such as in the cases of Amazon, Starbucks, Google and Apple. Their defence: it is legal. The response: it is immoral. Calls for individuals and corporates to pay their "fair share" moves the debate on from "the letter of the law" argument into the ethical domain.

From RTÉ Radio One's Drivetime, a discussion on the fall-out from the Paradise Papers leaks with Brooke Harrington, Professor of Economic Sociology at Copenhagen Business School

A problem with the idea of tax avoidance being unethical is that of deciding where the boundary of avoidance versus compliance should be drawn. If the law allows a deduction to be included in the tax return, is using it tax avoidance? To say this is always the case raises the issue of why deductions are included in the law if it is not intended that they be used. If only some uses are within the spirit (often unstated) of the law, how can we define the boundary?

If we put an onus on taxpayers to make decisions on their affairs based on ethical grounds then there is an asymmetry in their options for doing so. Currently ethical behaviour over and above legal requirements can only be manifest in situations where it leads to paying more than the taxpayer might otherwise have done. If the taxpayer feels they have moral reasons to pay less - either to avoid supporting some form of government spending they see as unethical (such as bailing out banks) or to use the money for what they see as a more moral purpose - this is not allowed.

But the demarcation between what is and isn’t legal or ethical is perhaps less of an issue in the current environment than the distinction between those who can avail of tax avoidance opportunities and those who cant. Fuelled by austerity on one hand and the kind of activities revealed by the Panama and Paradise papers on the other, the perception has emerged of a two-tier system where the elite can avoid tax by moving assets and income around the globe based on expensive tax advice, while Joe Ryan the employee sees a large chunk of their earnings swallowed up in tax before it is ever received.

From RTÉ Radio One's Morning Ireland, Jim Clarken from Oxfam Ireland talks about how the revelations in the Panama Papers are a betrayal of tax-payers and the most vulnerable in society

Those who can do so play by a different set of rules and consider themselves smart for doing this, as illustrated by the Trump quote above. The popular sentiment arguably embodied in recent phenomena such as the Brexit vote, the election of Trump (ironically) and the rise of similarly motivated political movements in Europe reflects a rebellion against this two-tier system and the desire for a fairer regime.

Many of the loopholes that wealthy individuals and corporates exploit arise as a result of differences between national tax systems. It may be unrealistic to expect individuals or corporates to pay tax when it can be legally avoided. The only real solution involves the kind of multilateral cooperation in relation to tax codes that is high on the agenda of the EU, the OECD and the G20. However, this international cooperation runs contrary to the nationalistic agendas being posited by the very populists who are seeking to harness the anger caused by tax inequity.

Tax policy making is sometimes seen as a dry, technical endeavour. While it will always require thorough deliberation and an evidence-based foundation, the larger challenge for governments is to build ethical considerations into their national tax policy making that reflect global concerns. Without that wider perspective, anger at tax inequity will continue to stoke the flames of populism.