Opinion: the prospective visit of Pope Francis to Ireland this year is significant for many reasons

Papal visits were relatively rare before the papacy of John Paul II. During his pontificate, the third longest in history, he travelled to 129 countries at least once and became a global personality. His visit to Ireland in 1979, within a year of his election as the first non-Italian pope in five centuries, stands as one of the great public events in the history of Irish Catholicism.

An estimated 2.7 million people greeted the pope over three days in Dublin, Drogheda, Galway and Limerick in late September and early October.  Almost one-third of the population gathered to hear the pontiff celebrate mass in the Phoenix Park on 29 September, in an event that dwarfed the Eucharistic Congress of 1932. The visit was less a celebration of Catholic Ireland than an unsuccessful attempt to slow down the inroads made by materialism and secularism.

Between the late 1950s and the 1970s, Catholicism in Ireland underwent a quiet but significant transition. On one hand, identification with Catholicism and religious practice in Ireland remained atypically high and set the country apart from other countries in Western Europe. But on the other, survey evidence since the 1960s revealed significant changes in the nature and practice of being Catholic, much of which was hidden by extraordinarily high mass attendance rates.

In the Phoenix Park, Pope John Paul II warned of "a new kind of confrontation with values and trends that up until now have been alien to Irish society", as well as the dangers of "pervading materialism", self-indulgence and consumerism. In Galway nearly a quarter of a million young people heard the Pope warn that "the religious and moral traditions of Ireland, the very soul of Ireland, will be challenged by temptations that spare no society in our age" before famously declaring "young people of Ireland, I love you".

The size of the crowds, the charisma of the pontiff,and the general excitement generated by the visit in 1979 could not disguise the fact that secularisation in Ireland was gathering pace. Census returns demonstrate this. In 2016, there was a sharp drop in the percentage of the Irish population (78 per cent) who identify as Catholic and the first fall was recorded in absolute numbers for five decades.

Pope Francis will visit Ireland in August as part of the ninth international World Meeting of Families (WMF). First held in 1994, the WMF is an international gathering convened every three years in a different location and the reigning Pope has attended six of the previous eight such meetings. The last gathering in 2015 was in Philadelphia, after which the Pope chose the archdiocese of Dublin to host this year’s meeting. The WMF falls under the remit of a new Dicastery for the Laity, Family and Life, which was established in September 2016 under the prefecture of the Irish-born former bishop of Dallas, Cardinal Kevin Joseph Farrell.

Under the theme of "The Gospel of the Family: Joy for the World", the Irish meeting from August 21 to 26 will comprise four events: a national opening which will take place simultaneously in the 26 Irish dioceses; a major three-day congress' a festival and concert in which people from all continents will share their personal stories of their faith, and, finally, a solemn Eucharistic celebration. In short, the WMF is a call for renewal not just in Ireland but throughout the church.

Despite Catholicism’s many travails, there is still a significant critical mass of believers in Ireland

The prospective papal visit in 2018 is significant for three main reasons. The Catholic Church in Ireland is in the maelstrom of its gravest crisis in centuries. As an institution, it labours under the challenge of coping with the past and salvaging its precarious position to find a relevant role in contemporary Ireland. Arguably, Catholicism is no longer an integral part of Irish identity in a society that has become increasingly heterogeneous, secular, ethnically diverse and religiously indifferent.

Yet despite Catholicism’s many travails, there is still a significant critical mass of believers in Ireland. A papal visit might galvanise them and perhaps generate curiosity in those who would not normally darken the door of a church. Pope Francis’s common touch, compassion, humility and spontaneity have captivated Catholics across the world, as well as those of other faiths. A poll at the end of 2017 revealed that Francis was the most popular world leader among Irish people.

Secondly, Pope Francis’s popularity is also a product of his determination to set his office and the organisation he leads on a different course to that of his two immediate predecessors. He seeks a church less preoccupied with institutional concerns and better attuned to the many challenges of living in today’s world. In this respect, Francis has made family life a key theme of his papacy. In 2014 he called an extraordinary general assembly of the Synod of Bishops on the Family. It addressed issues such as sexuality, contraception, divorce and remarriage, among other topics. In a sharp break with the past, the pope encouraged a diversity of views.

The deliberations of the 2014 synod and another in 2015 were brought together in Amoris Laetitia (The Joy of Love), an apostolic exhortation, or word of advice, to priests, couples and families. Published in 2016, this document reaffirms the Catholic Church’s traditional teachings on the sanctity of heterosexual marriage, the desirability of children having a mother and father, the development of faith through the family, abortion and contraception. While not approving same sex marriage, the tone of the document is certainly more welcoming.

Thirdly, Francis’s papacy has reached a delicate stage. His efforts to overhaul the Curia (the Vatican bureaucracy) and to tackle the shortcomings in the church’s pastoral and evangelizing mission, among other things, have created opponents both within and outside the Vatican. Amoris Laetitia has become a lightning-rod for Francis’s detractors and has occasioned unprecedented public challenges from cardinals and protest in the streets of Rome.

At issue is the inference in chapter eight that remarried divorcees may be admitted to communion. A key sentence states: "it can no longer be said that all those in any irregular situation are living in a state of mortal sin and are deprived of sanctifying grace." To progressives, this is liberating but, for the Pope’s critics, this not only threatens Catholicism’s internal unity but it erodes the deposit of faith and the Church’s magisterium or teaching authority. Notably, the WMF in Dublin is the first since the publication of the contentious Amoris Laetitia and it will therefore attract considerable international interest.

The papal visit to Ireland in 1979 was historic and a return to these shores by one of the most popular popes ever will be too. But the contrasts between the visits are acute. Ireland and the place of religion within it have been utterly transformed in the four decades since 1979.  The Catholic Church is in a state of crisis and decline. Given that reform and renewal have been the hallmarks of Pope Francis’s papacy, it will be fascinating to see what the Francis effect on Ireland will be. 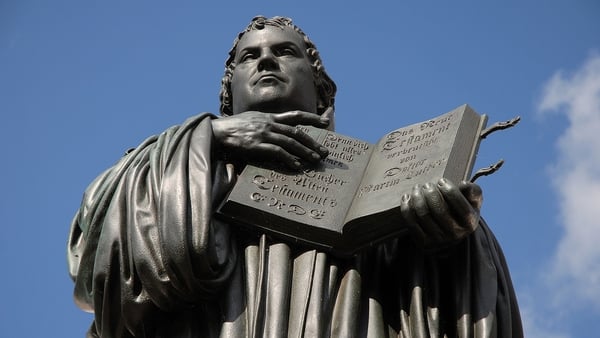 How 1920 was one of the bloodiest years in Irish history

The strange, gruesome murder of a Galway priest 100 years ago