Opinion: she may have made history as the first female nominee of a major US party, but Hillary Clinton will long be haunted by her loss to Donald Trump in last year's US presidential election, as her new book shows

The gulf between winning and losing in politics is impossibly wide: successful candidates take power and their vanquished opponents "leave with nothing", to quote Anne Robinson’s line from The Weakest Link.

Hillary Clinton has faced this stark reality since the moment of her surprise defeat by Donald Trump in the race for the US presidency in November 2016. If the man she lost to were less egregious, if her candidacy had been less historic, if she had less stature, she might have departed the scene with little public notice, drawn into the shadows with the likes of Walter Mondale, Mike Dukakis, Bob Dole or Mitt Romney.

But she did make history as the first female nominee of a major US party. She was part of the dominant political couple of her generation And she did lose to a figure whose presidency may well self-destruct, in an explosion of bombast and corruption.

So where does this leave Clinton? Her new book, What Happened, provides some answers but it also suggests her difficulty. Whether one takes the title as containing an implied question mark – What Happened? – or as a forceful declaration – This is What Happened – she will remain to some extent haunted by history. The winner of the popular vote, a woman who cracked the glass ceiling but did not break it, the person who might have been president but failed by the smallest of margins. A perpetual counter-factual. Even if Trump succumbs to the Russian scandal, she will not stand to benefit, however satisfying she might find his fall.

One pathway is bitterness, which would be hard to begrudge. After all, each week if not day provides a relentless reminder of Republican hypocrisy: the private emails that did so much damage to her campaign turn out to have been a matter of routine for her foes. Vice-President Pence used a private account as governor of Indiana, which was bad enough in light of the denunciations of Clinton and demands to "lock her up". But now a host of Trump insiders, from Jared Kushner and former chief of staff Reince Priebus to former chief strategist Steve Bannon and Trump economic adviser Gary Cohn, have been shown to use them since Trump took office, according to Politico. Meanwhile, James Comey was removed from his role as Director of the FBI by the very person, she insists in her book, who did most to place Trump in the Oval Office.

Another pathway is resilience, the title of the final section of her book (the first is Perseverance). This personal attribute does resonate with her supporters, above all with women who know all too well the experience of having the odds stacked against them, of coming close and not succeeding, and finding themselves, as she did, losing out to a less qualified or (in Trump’s case) unqualified male candidate. (The image of her being stalked by Trump in the presidential debates will remain a lasting one).

The great gift of failing in her bid for the highest office may, paradoxically, be the freedom it confers to speak out in a less calculated fashion, something that had always been cited as a failing in her public self-presentation, which lacked a certain authenticity. By contrast, witness her recent willingness to remark that her "skin crawled" when Trump invaded her personal space in the debates. Defeat makes her more human, and her book is composed with a surprisingly convincing tone of intimacy. Some of this comes through by revisiting moments of personal anguish, as she does at the outset of the book in narrating what was clearly a deeply awful experience of attending Trump’s inauguration.

Yet Clinton conveys much more the sense of a survivor, even if her political purpose has been thwarted

Two ingredients would be needed to make her a tragic figure. The first is self-knowledge. Recognition, after all, is at the heart of tragedy. Her book counteracts if it doesn’t entirely dispel the lingering thought that, to adapt a line from King Lear, "she hath ever but slenderly known herself." The second ingredient, at least in classical tragedy, is death or annihilation.

Yet Clinton conveys much more the sense of a survivor, even if her political purpose has been thwarted. The epigraph she uses from Robert Frost for her chapter on "Election Night" is instructive: "In three words I can sum up everything I’ve learned about life: it goes on." For Irish readers, this remark bears reminders of grim irony in Beckett ("you must go on, I can’t go on, I’ll go on."). But Clinton is in the American mould, seeking redemption and some preserve of dignity. 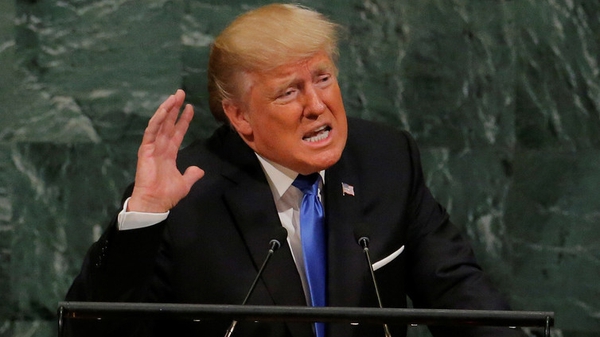 Five takeaways from Trump at the U.N. 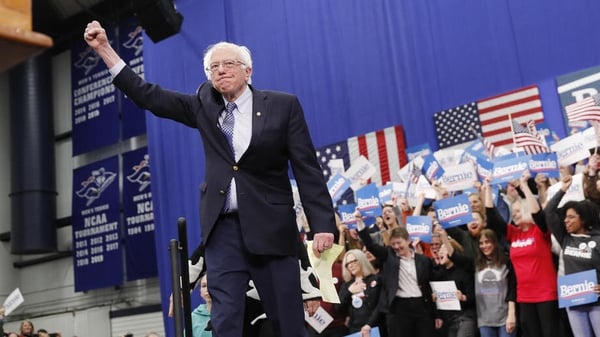 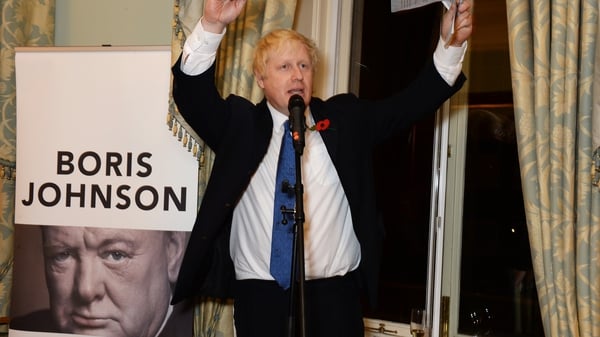