Film shot to accompany the national anthem at the close of programmes on Irish television.

A specially filmed version of the Irish national anthem, 'The Soldiers Song' which was broadcast on the opening night of Telefís Éireann (RTÉ) on 31 December 1961.

The musical arrangement was by Brian Boydell and produced by Gerard Victory.

The national anthem was the first thing shown on the opening night of television.

Produced on 35mm film the images were photographed by Michael Monaghan and the piece was directed and edited by William F Harpur.

This version of the national anthem was broadcast at close down of each day's transmission and was used until 1966. 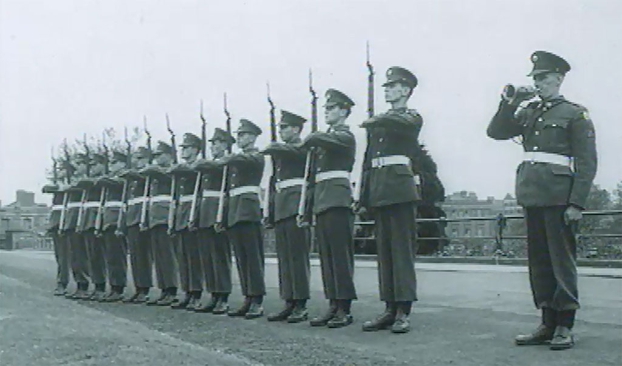