What is the Super Bowl?

The game will be decided over four quarters, each lasting 15 minutes and the prize is the Vince Lombardi trophy.

This year marks the 52nd edition of the Super Bowl, and every Super Bowl game is represented in the form of Roman Numerals, meaning the 2018 final will be called Super Bowl LII.

The two teams competing in this year's Super Bowl are the New England Patriots - the winners of the AFC - and the NFC champions, the Philadelphia Eagles.

The Super Bowl will be played at at the US Bank Stadium in Minneapolis. It is the home pitch of the Minnesota Vikings.

When is it taking place?

Where can you watch it?

Who are the key figures to look out for?

Patriots quarterback Tom Brady is effectively the poster boy for the NFL, having won five Super Bowl rings so far in his career as well as four MVPs.

At 40 years of age, he continues to dominate his position and is a consistent performer for the New England team. His most famous performance took place in last year's Super Bowl, when he rallied his side from 28-3 down in the third quarter, to defeat the Atlanta Falcons by six in the end.

The Patriots coach Bill Belichick will be making his 11th Super Bowl appearance as a coach, the highest-ever in NFL history.

Rob Gronkowski is a tight end for the Patriots who has a strong on-field partnership with Brady. He previously suffered a concussion ahead of this game but has come through the recovery protocols and says he is fit to line out against the Eagles on Sunday night.

For the Eagles, their quarterback Nick Foles will be an essential figure in their side, while defensive lineman Fletcher Cox will play an important role in trying subdue Brady's influence on proceedings.

The Patriots are aiming to defend their Super Bowl title on Sunday night, having triumphed in the AFC following a four-point comeback victory over the Jacksonville Jaguars in the championship game.

Brady's fitness was a major doubt ahead of that tie due to a hand injury, and Gronkowski's concussion in the first half of that game heightened the difficulty of the challenge for the Patriots.

The Jaguars led for much of the tie, but Brady's composure inspired the Pats to victory as he completed 26 of 38 passes for 290 yards and two touchdowns.

Path to the final - Philadelphia Eagles

Conversely, the Eagles enjoyed a far more comfortable win in the NFC decider game against the Minnesota Vikings. They were 14-3 up in the second quarter, but the Patriots presents a much stiffer prospect Doug Pederson's charges.

Who is singing the national anthem?

Performing the Star Spangled Banner at the Super Bowl is considered a major honour, and some of the most famous recording artists of all time have all been selected to sing it, including Whitney Houston, Beyonce and Billy Joel.

This year, the microphone passes to Pink.

Who is performing in the half-time show?

For the third time in his career, Justin Timberlake will be providing the half-time entertainment at the Super Bowl. Previously, he took to the stage as part of his former boyband N-Sync at the 2001 Super Bowl, and he also appeared as a solo artist alongside Janet Jackson during Super Bowl XXXVIII (2004).

The second of those performances will forever be remembered for for an infamous wardrobe malfunction involving Jackson's outfit.

The Eagles are going to struggle against a Patriots squad who have considerably more Super Bowl experience.

Even if the Eagles manage to claim an early advantage on the scoreboard, Bill Belichick's New England team have already proven their ability to rally back from behind in games of this magnitude, given what took place at Super Bowl LI. 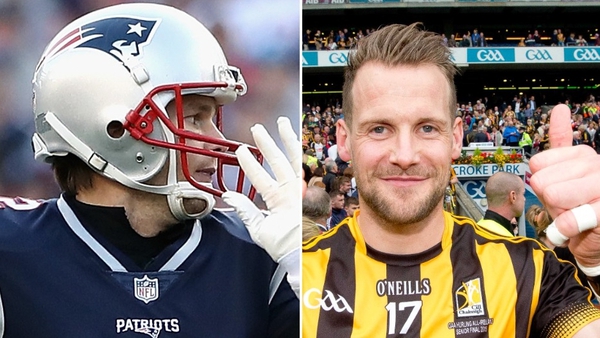