There's a feeling in the air that Munster have got their timing right, both on and off the pitch.

At most, there are seven games left in the season, with a trophy to be handed out after two of them. If the wagon falls off the trail, Johann van Graan's side will have just three.

But as they head into the championship minutes of the campaign, they appear to be a side with momentum.

With a game plan often cut to fit the opposition and conditions, the better weather and faster tracks of the final third of the season have seen them raise the tempo of their game and play a more attacking, adventurous brand of rugby.

Despite losing three in a row in March and April to the Bulls, Lions and Leinster, they showed ambition on the ball in large chunks of those matches, and since the second half of their Champions Cup last 16 first leg against Exeter in Sandy Park, Munster have combined the attractive rugby with winning rugby.

From being in a position four weeks ago where they looked on the brink of elimination in Europe, holding onto a URC home-quarter final for their dear lives, and dealing with a growing injury list, three big victories have flipped it all around.

URC wins against Ulster and Cardiff have them back up to second in the table, and while Toulouse are still Toulouse, there has been a growing sense of belief in recent weeks that Munster can beat the defending champions, even without Dave Kilcoyne, Tadhg Beirne and Gavin Coombes.

It's not just on the pitch that's generated excitement though.

The appointment of Graham Rowntree (below) as the new head coach, just a few days after he was seen delivering blood and thunder to the squad at half time in their 13-8 at Sandy Park, has been universally popular, while the likely make-up of his backroom team is exciting fans further. 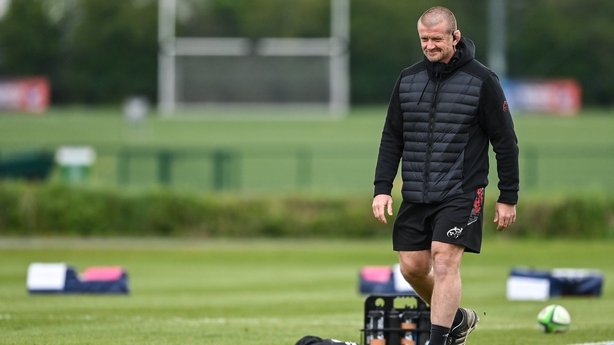 Denis Leamy's return is yet to be confirmed but appears to be a matter of time, while the announcement on Wednesday that Mike Prendergast would join the ticket as attack coach is a loud statement of intent by the province, with the Racing 92 assistant still having a year to run on his four-year contract in Paris.

Taking aside who they are, looking to Leinster and Racing 92 to fill your coaching ticket would seem to be logical. The fact that they've Munster DNA adds to it.

The timing of the announcements for both Rowntree and Prendergast - both on a Champions Cup week - probably isn't a coincidence, getting tongues wagging at just the right time.

There's rarely a dull week covering Munster Rugby, but even by normal standards this season has been a journey, between the managerial heave-ho, the chaotic, abandoned tour of South Africa and games that followed, and even the emotional rollercoaster of seeing RG Snyman run out at Thomond Park, only for the lock to be dealt another cruel blow just a few weeks later. 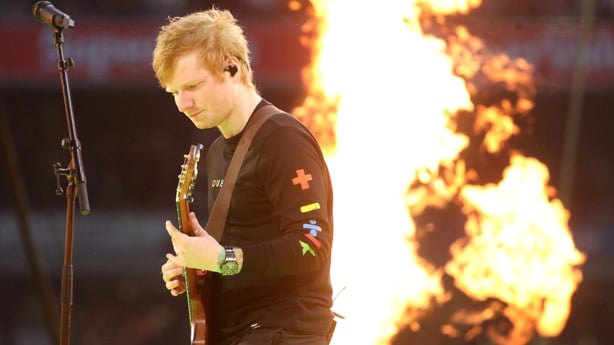 Let's not forget Ed Sheeran either.

His gigs in Thomond Park this week have led to a re-jig of the calendar, first forcing a swap of venue for their games against Leinster, and then causing the province to cede their home advantage for the quarter-final against Toulouse today.

Van Graan's side are still technically the 'home' team, while a good pricing structure as well as the provision of supporter buses from the major towns and cities across the province, means they will have a good backing in Dublin - just over 31,000 as of the count earlier this week. 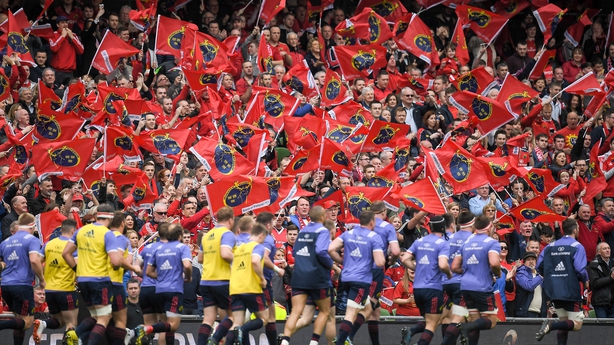 The journey to Dublin is one the Munster supporters have become used to, although it's rarely been an enjoyable one.

Since Lansdowne Road reopened as the Aviva Stadium in 2010, the province have won just two of their 14 visits there.

Of course, if you play Leinster there once a year you're likely to end up with more losses than wins, but the 2017 defeats to Saracens in the Champions Cup semi-final, as well as the Pro12 final hammering to the Scarlets the following month were both hammer blows.

This afternoon's game against Toulouse is the first of at least two - and possibly three - games at Lansdowne Road in consecutive weeks.

Should Munster beat Toulouse and set up an all-Irish semi-final with Leinster, the after-effects of the Sheeran concerts mean they'll have to return to the Aviva again, despite being the official 'home' team. Some prize.

A week later, it's back up to Dublin to take on Leo Cullen's side in the final round of the URC regular season. All things going to plan, they could even be back at the Aviva for a fourth night late in the season, with Leinster being the top seed in the URC playoffs.

Only the players know if there's any residual hang-ups about playing at the famed venue. If there are, Antoine Dupont will suss them out.

Shutting him down, or at the very least managing his influence will be the number one task for Munster if they're to get the better of the defending champions and reach a record 15th semi-final.

Thirteen months ago the 'Petit General' had a major influence with two second half tries in the French side's 40-33 win at Thomond Park, on each occasion placing himself on the shoulder of the ball carrier before running in under the posts.

And while Dupont, Ntamack and Matthis Lebel caused chaos in the broken field, it was arguably their pack of bruisers that wore Munster down.

Their beastly forwards will return today; in Cyril Baille and Julian Marchand they have arguably the best loosehead and hooker in the world on form, with Baille held in reserve on the bench.

Kilcoyne, Coombes, Beirne and the retired CJ Stander are all absent from the pack that started last year's defeat at Thomond Park, but those currently available have hit hot form lately, particularly the back row where Peter O'Mahony was inspired in the Exeter second leg, and Jack O'Donoghue has been at his career best this season

In spite of the defeat, last season's game against Toulouse was arguably Munster's best performances of the season, but it was a game in which they arrived with their backs to the wall, a bit of backlash after meek display a week earlier in the Pro14 final against Leinster.

13 months later, the challenge posed by Toulouse is just as great, and their opponents even have an extra star on the jersey. But rather than having their backs to the wall, Munster appear to be heading to the Aviva with their chests out. 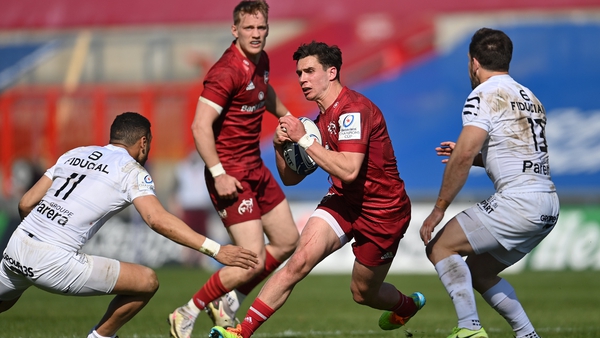