Mike Prendergast will return to Munster next season as the province's new attack coach.

The former Munster scrum-half is the first assistant to confirmed alongside new head coach Graham Rowntree, signing a three-year contract.

Prendergast rejoins the province from Racing 92, where he had been attack and backs coach since 2019.

The Limerick native initially cut his cloth as a coach with Young Munster in the AIL, before moving to France in 2013 where he has had successful stints with Grenoble, Oyonnax and Stade Francais, eventually joining Racing in 2019.

Prendergast had been initially linked with replacing departing head coach Johann van Graan, but distanced himself from a return in January, with the 44-year-old still having a year to run on his contract in Paris.

However, it's believed he was top of Graham Rowntree's list for his backroom team when the Englishman pitched for the head coach job, and will take on the role left vacant by senior coach Stephen Larkham, who is returning to the Brumbies.

The province are expected to add at least two more names to the coaching ticket, with Prendergast's former Muster teammate Denis Leamy also expected to return, while former Ireland U20 head coach Noel McNamara has also been linked with joining his home province. 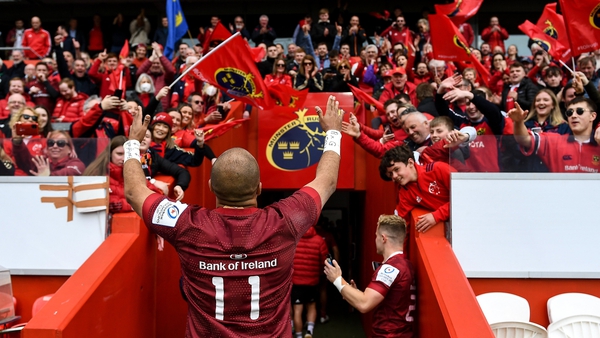