The wait continues, with Rowntree one of those expected to be in the running to step up to the top job when Johann van Graan leaves for Bath this summer.

Whether or not he does so, he'll still be at the province having extended his contract as forwards coach by a further two years, but he's the only member of next year's coaching ticket currently signed up.

The recruitment process continues as Munster prepare for the business end of this season, fourth in the United Rugby Championship with three games to play, while they are back in Heineken Champions Cup knockout action this weekend against the Exeter Chiefs, albeit in the unfamiliar two-legged Round of 16.

Keeping the off-field uncertainty away from the pitch is a challenge the province face in the coming weeks, unless a deal has already been done, with an announcement stashed away for a rainy day.

Munster captain Peter O'Mahony is confident that he and his team-mates haven't been distracted by the lack of clarity in the organisation, although he accepts the situation is undesirable.

"Look, it's obviously not ideal but from a player's point of view - from my point of view - I certainly have enough on my plate and we have enough on our plate with regard to reviewing the game last weekend, and then getting on to a hugely exciting and an incredibly big test in Europe, going to Exeter this weekend," he said.

"And I think luckily we have a huge group of that calibre of player involved with us that we won't be taken off task.

"I'm not going to sit here and say that it's ideal, I'd love to have the whole ticket named for next year, but that's not the way life or these things work.

"There's a huge process in the background to get these things sorted and I'm sure the people who are put in charge of that are doing the best they can and trying to get it done, so we just have to worry about Saturday." 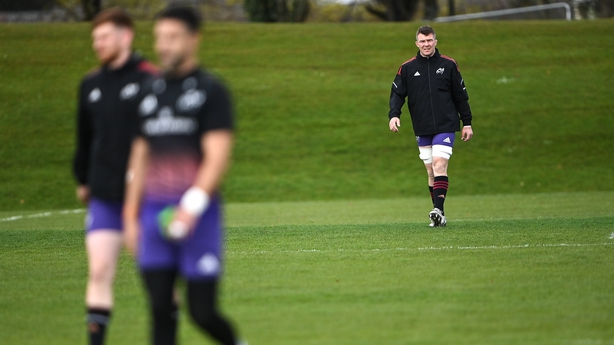 With the province looking to end a 12-year wait for silverware, O'Mahony says the players have to take ownership of their season.

"That's the kind of people you want around you and that’s the kind of messaging that will be given off from the leadership group and myself.

"It’s about this Saturday and we spoke before the session today that the most important thing today was performing in the session and getting the best out of yourself to be the best version of yourself come Saturday. So that’s all the players are worried about," he added.

Munster will be without three four key players for Saturday's first leg - and possibly both legs - against the Chiefs, with Gavin Coombes joining Tadhg Beirne, Dave Kilcoyne and Andrew Conway on the injury list after damaging his ankle in last week's defeat to Leinster.

And O'Mahony says they can't afford to feel sorry for themselves, given the size of the challenge they will face in the next fortnight.

"There's plenty of guys banging on the head coach’s door for however many months or years and guys get a shot now and guys have got to take the opportunity and put their hand up.

"You saw at the weekend how clinical Leinster were. Exeter won’t be any different.

"Their attack when they get into the 22 is very difficult to stop, they’re very patient, they’re pick-and-go game is very strong and they’ll swing backs either side of the breakdown. So it is very important that we deny them access as much as possible. But easier said than done with the quality they have. We’ll be making plans to do that." 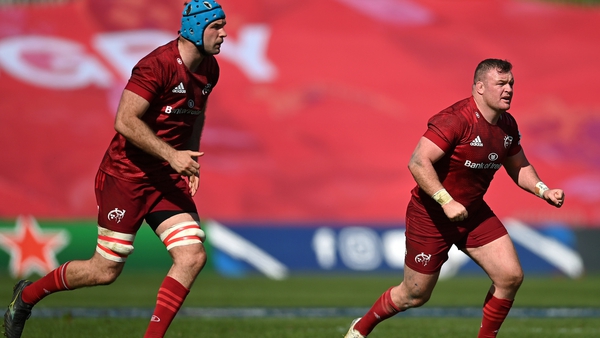