Graham Rowntree is expecting news on who will be Munster's next head coach "soon enough".

Current boss Johann van Graan announced his summer departure last December, while assistants Stephen Larkham and JP Ferreira are also out the door at the end of the season.

Among those to have ruled themselves out of the running so far are former players Ronan O'Gara (La Rochelle head coach) and Paul O'Connell (Ireland forwards coach).

Rowntree, the forwards coach of the two-time European champions, signed a deal earlier this year to stay on until June 2024.

Asked if there was any update on the situation, Rowntree first joked that it was a done deal.

"I know exactly what’s going on and who is involved, I’m just not going to tell you," he told RTÉ Sport.

"There’s an ongoing process as regards the head coach appointment and where that is, I’m not sure.

"I know no more than you, it’s just a process, we wait to hear what’s going on there.

"I’m sorry to get you excited. No, I know of nothing.

"There’s an ongoing process and I’m sure we’ll know, one way or another, soon enough. How soon that is, I can’t say." 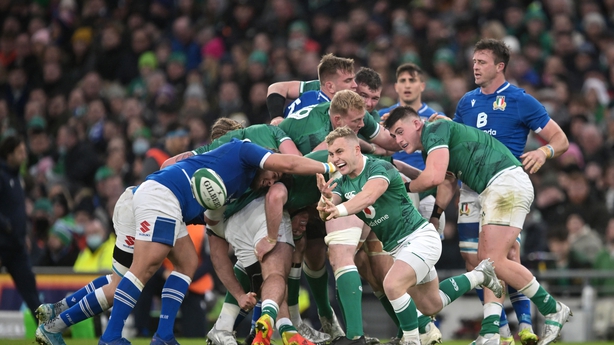 The former England prop is helping to prepare the team for a United Rugby Championship meeting with Dragons on Saturday before the squad fly out to South Africa for the rescheduled games that fell foul of the pandemic in December.

Munster will have Craig Casey and Gavin Coombes available this weekend after the duo were excused from Ireland’s mini training camp later this week.

"There’ll be more than a few released back to their clubs from Andy’s squad this weekend and it will be to get them game time 'cos Ireland are right in the middle of a crucial campaign," added Rowntree, whose side sit fourth in the URC table with 35 points after 10 games, while Dragons are second-last with just one win from their nine matches.

"Obviously, we’ll be welcoming those resources back to us, it ticks both boxes.

"[The match against the Dragons is] of massive importance. We need maximum points against Dragons who, in my mind, are a difficult team, I've got a lot of respect for their coaches.

"So our focus is very much on Saturday, getting maximum points from this game. We just have to.

"I've no doubt knowing them, they'll have looked at where our last two opponents made life difficult for us and they will look to do exactly the same to us. That's the nature of them.

"So we're prepared for that, we've had a good look at them over the last couple of days and we trained well this morning in the sun, which was nice, but we're ready for Saturday night, we'll need everything from this game." 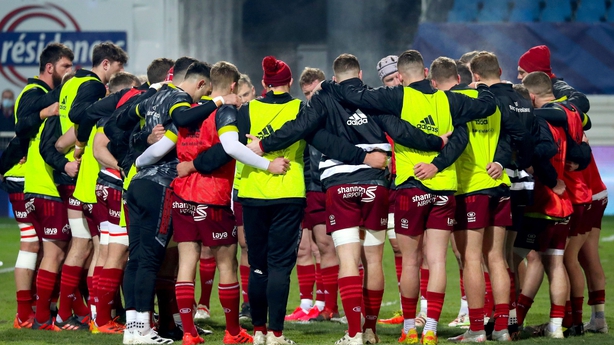 Munster’s travelling party endured something of a nightmare when they last travelled to the Rainbow Nation for games against the Vodacom Bulls and the Emirates Lions, which have been rearranged for 12 and 199 March.

Soon after landing, the Omicron surge started and some members of the squad and management had to first self-isolate in South Africa and then again upon return to Ireland.

Rowntree said he was happy with the travel arrangement in place for the trip.

"They've expanded the competition and I think it's exciting, these South African teams, they bring a different dimension, particularly in my area.

"So we're looking forward to it and we've known we're going for a while now, we'll prepare for that on Sunday when we fly out. We'll get Saturday night out of the way first."