Simon Zebo will make his first appearance for 12 weeks as one of seven changes for Munster as they welcome Ulster to Thomond Park tomorrow in the United Rugby Championship (live on RTÉ2).

The province's record tryscorer last featured in the URC win against Connacht in mid October, and will start on the left wing for his fourth appearance of the season.

On the other wing, Sean French comes in for his first Munster start, having featured off the bench last term while Mike Haley continues at full-back.

Chris Farrell is retained in the centre having agreed a two-year contract extension earlier this week, and is joined in midfield by Rory Scannell who returns to make his 150th appearance for the province.

Scannell comes in for Damian de Allende who misses out having suffered an abdominal injury in training.

The out-half rotation sees Jack Crowley given a start, with scrum-half Craig Casey behind the scrum having also started last week's defeat to Connacht.

It's as you were in the front row with Dave Kilcoyne, Niall Scannell and Stephen Archer starting, while a knee injury to Jean Kleyn sees Thomas Ahern come in to partner Fineen Wycherley at lock.

Gavin Coombes is retained at number eight after he looks to regain his match sharpness, while captain Peter O'Mahony and and John Hodnett come onto the flanks replacing Jack O'Donoghue and Alex Kendellen respectively. 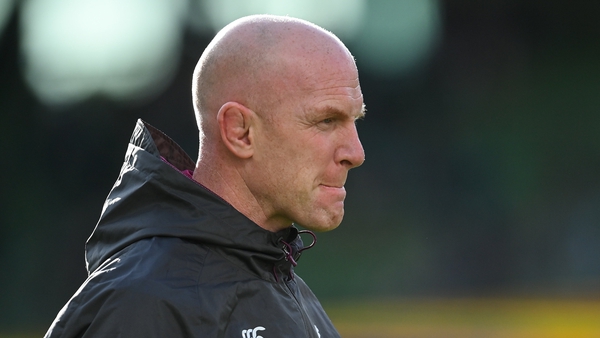