Paul O'Connell has taken himself out of the running to become the next head coach of Munster, saying he's not experienced enough for a job of that size.

The Ireland forwards coach has naturally been linked with a return to Thomond Park after both Johann van Graan and Stephen Larkham confirmed they would leave at the end of the season.

However, the former Munster and Ireland captain has made it clear the timing isn't right for him to return to the province.

It's one year to the day since O'Connell was appointed forwards coach with Ireland, while he gained previous experience working with the Ireland Under-20 team, as well as spending one season at Stade Francais.

"I won't be doing it," he said on The 2 Johnnies podcast.

"I wouldn't be qualified to do it. I was saying the other day, it's like a guy if you were good at pulling pints being asked to run the bar. They're two different things.

"I don't know who will end up doing it.

"Munster is a very special thing to me. I'd have to feel very right and very qualified to go and do it.

"I just have the most amazing memories with Munster and I'd hate to ever hurt them by getting involved and not doing a good job of it."

O'Connell joins Ronan O'Gara in distancing himself from the role, with no clear frontrunner emerging.

Last month, Donal Lenihan called for Munster to headhunt Crusaders boss Scott Robertson, while former players Mike Prendergast and Jason Holland have also been touted as potential candidates, given their affiliation with the province.

Current forwards coach Graham Rowntree has also hinted at an interest in stepping up to the role, having agreed a two-year extension earlier this week. 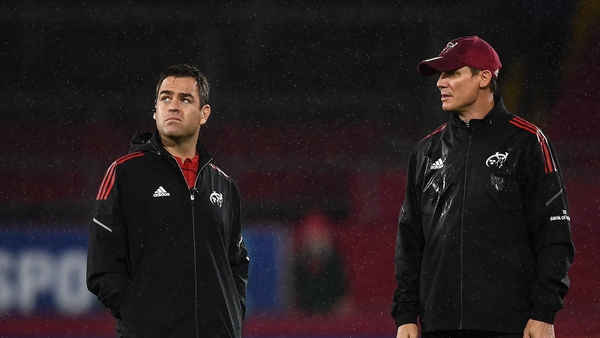