Joey Carbery, Jean Kleyn and Chris Farrell are among six Munster players who have signed two-year contracts to remain at the province.

The Ireland internationals have all signed up until 2024, following on from yesterday's new contract for forwards coach Graham Rowntree.

A major ankle injury has limited Carbery to just 30 appearances since he joined from Leinster in the summer of 2018, but the 26-year-old has established himself as the province's starting out-half when available.

Kleyn, who is currently sidelined with a knee injury, is just three appearances shy of his century in the Munster jersey, having joined in the summer of 2016 and going on to qualify for Ireland through residency three years later.

Farrell has also established himself in Munster's first team when available, with an abdominal injury delaying his season until December.

As well as the international trio, Liam Combes and Jack O'Sullivan have both extended their contracts by a further two years, while former Ireland U20 captain Alex Kendellen will step up from the academy next season.

The 20-year-old has also agreed a two-year contract, having made his first start for the province against Connacht last weekend. 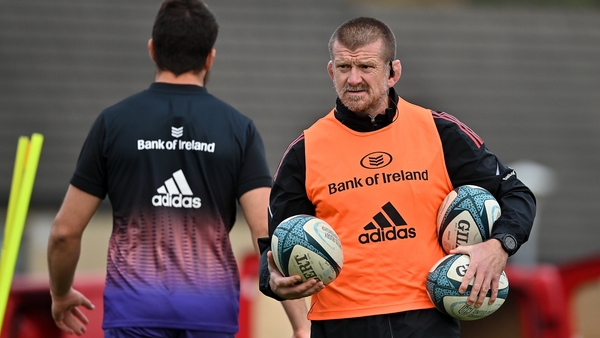 'The head coach question, well that's one for another day' - Rowntree says Munster are 'aware' of his coaching plans