The Ulster captain picked up the hamstring knock shortly before kick-off in Ireland's 53-7 win against Argentina last Sunday, which saw him pulled from the line-up at the expense of Tadhg Beirne.

Henderson is certain to miss this Saturday's United Rugby Championship interpro against Leinster at the RDS (live on RTÉ2 and RTÉ Player), with head coach Dan McFarland suggesting he could be ruled out for the European ties against Clermont and Northampton Saints in December.

"Potentially, yes," McFarland said, when asked if he could be a doubt for the Champions Cup.

"It'll certainly be a few weeks."

In better news, John Cooney is expected to return to the Ulster team this week after a frustrating run of injuries. Neck and hamstring injuries either side of the summer break have seen the Ireland international play just once in the past seven months.

As well as the return of Cooney, who McFarland describes as "a competitive animal", the head coach says all of his returning internationals (bar Henderson) will be available for selection against the defending champions.

Robert Baloucoune, Nick Timoney and Tom O'Toole all featured in the final Test against the Pumas, while Rob Herring featured against New Zealand, with James Hume and Stuart McCloskey unused in the international window. 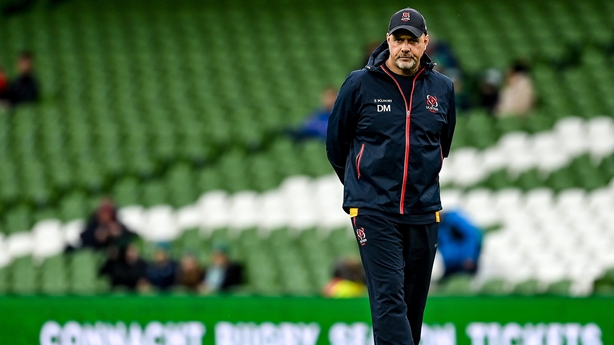 And while McFarland says all are available to him this weekend, he's yet to decide how he'll manage their game time ahead of a busy run of 10 matches in a row.

"They're all available to play, there is nobody who is not allowed to play.

"They were obviously all part of the player-management program so it's a question of whether it best suits to play them this week.

"I think we approach it for what it is, it's a block of 10 games where we play seven different teams. It's a hugely challenging block having Leinster twice, Munster, Connacht and four big European games as well as the Ospreys and the Scarlets to finish off is a huge challenge.

"It's probably the main course of our season, will go a long way to determining what the dessert looks like."

On Saturday, Ulster go in search of their first away win against Leinster since March 2013, as they look to bounce back from another disappointing trip to Dublin last month.

This weekend's URC resumption will be their first games since their humbling defeat to Connacht at the Aviva Stadium, after which McFarland gave an honest assessment of his side's ability to handle the favourites tag. 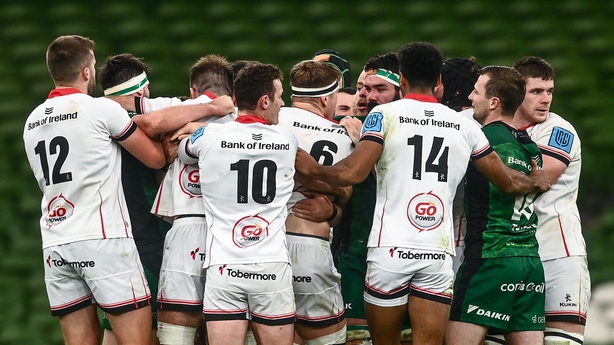 The former Scotland assistant has praised his players for how they've responded since that defeat, and admits he may have got carried away with his initial comments.

"There's an acceptance of the fact that it wasn't good enough," McFarland said.

"I don't know whether in the aftermath of that I drew too many generalisations, I go away and settle down a bit. I'm quite an emotional guy.

"There's definitely a core of what I was thinking at the time was right. Do I think it's as general as that? No, I don't. When I went back and watched the game we did do a chunk of things that were good.

"We started the game extremely well, a few things went against us that we did wrong. They gained a huge amount of momentum in the physicality in the game and we didn't quite get to that level. When a team plays as well and as physical as that it's difficult.

"That's not to say that we shouldn't have been better, we definitely should have been, but we came in straight away the week after, we had a tough first few days of training and reviewing and looked at it, and take it on the chin." 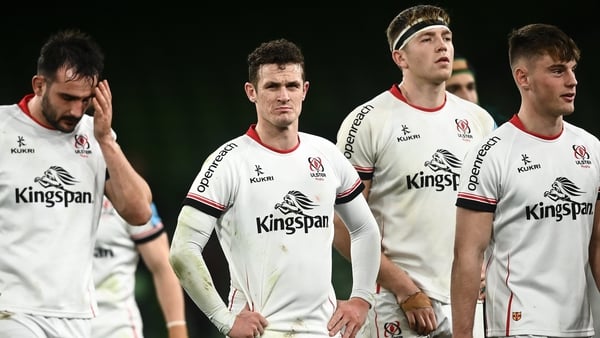 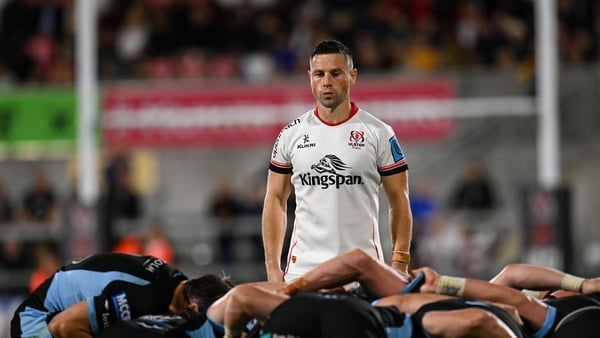