Ulster maintained their perfect start to the season by beating the Emirates Lions and next face a derby with Connacht at the Aviva Stadium on Saturday.

Munster and Leinster are a point behind after wins over Connacht and the Scarlets respectively.

A trip to the Ospreys is next for Munster while Leinster head to Glasgow Warriors, who are fourth and on a three-game winning streak. 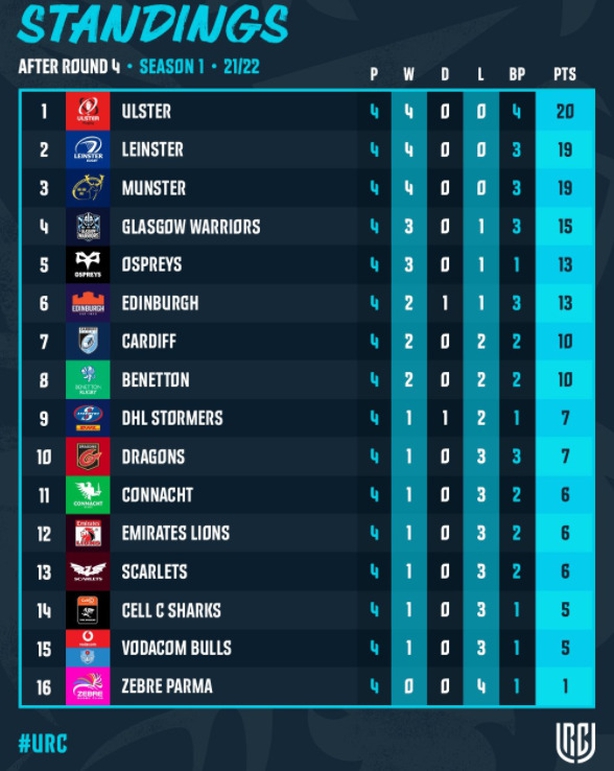 Ospreys v Munster is live on RTÉ2 and RTÉ Player, while Glasgow v Leinster and Connacht v Ulster are live on TG4.

RTE.ie/sport will have live blogs across the weekend with match reports and reaction from the grounds. All games are live on URC TV.

Leinster are one of only three teams - Ulster and Munster the others - to have won all four games this season.

Their loss to the Warriors in the summer was their only defeat on their travels in the championship since April 2019 but they have been beaten six times in 10 visits to Scotstoun in all competitions.

Glasgow host the defending champions on the back of three wins on the trot and having just lost once in eight across the Rainbow Cup and URC.

But they will need to buck a poor record against Irish provinces which has yielded just one win in 11 fixtures - a 15-12 home success over Leinster in the Rainbow Cup in June.

Ulster put their perfect record in the United Rugby Championship on the line against Connacht, who have ceded home advantage in favour of a run-out at the Aviva.

Dan McFarland's side have reeled off four successive bonus-point wins but they have failed to win on their previous five visits to this venue and have also lost their last five games against fellow Irish provinces.

Connacht suffered a late 20-18 defeat to Munster last week but will have been buoyed by their performance and beat Ulster 26-20 at the Aviva last August.

While Connacht have triumphed in just nine of their 37 meetings with Ulster, the last six have been shared with three wins apiece.

Iain Henderson returns from injury and will captain Ulster.

Munster will head to Wales with their tails up after their late win over Connacht maintained their 100% winning start to the season.

Beaten finalists last term, Munster have triumphed in their last 11 matches against the Ospreys in all competitions since defeat in Cork in February 2016.

The Ospreys survived a Benetton fightback to claim a third victory in four matches but have won only twice in eight meetings against Irish provinces.

They have also beaten an Irish opponent just once at this stadium since April 2018 while Munster have prevailed on their last five visits.

Offaly man Jack Regan will make his Ospreys debut off the bench having joined from the Highlanders in New Zealand.

Peter O'Mahony captains Munster from a back row including Tadhg Beirne and Fineen Wycherley. 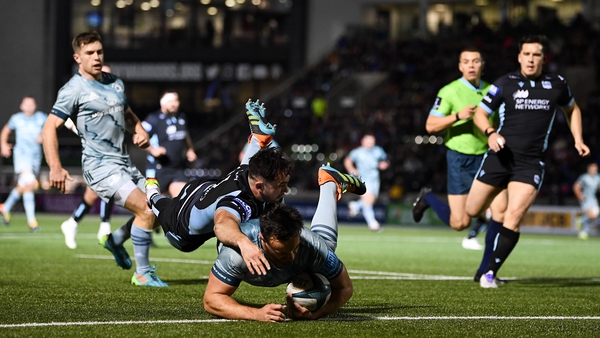