Leinster head coach Leo Cullen expressed his delight for wing Adam Byrne after the 27-year-old ended his 21-month injury hell with a brace of tries against Zebre.

The Kill native crossed once in either half, each time assisted by man of the match Johnny Sexton, as Leinster ran in seven tries in a 43-7 win against the winless Italians.

It was Byrne's first game of professional rugby since December 2019, with serious hamstring and quad injuries sidelining the Ireland international for nearly two years.

He finished his first try well in the right corner on the stroke of half-time after Sexton's skip pass to the wing, while his second was laid on a plate by the out-half's crossfield kick.

"He's delighted now, it means so much to him," said Cullen.

"It was really challenging for him the last period because he didn't play rugby at all during the lockdown basically.

"He got very, very close and picked up another injury and was out for another chunk of time, but he's shown great resilience and dedication throughout the process and the backroom team look after the player so well.

"It's been a frustrating one for him, but that's part and parcel of the game, so he's trying to stay the course and it's great to see Adam because he's had to be so patient over a long period of time."

Adam Byrne finished off this sweet piece of link-up play to extend the @leinsterrugby lead heading into the break #URC | #LEIZEB pic.twitter.com/EAk6pKpocs

It was a day of contrasting fortune for Adam Byrne's namesake Harry, with the out-half's day ended on 23 minutes following a hefty collision with Zebre flanker Iacopo Bianchi.

The 22-year-old had endured a frustrating game to that point, missing two conversions before kicking a penalty to touch out over the in-goal area.

Byrne had missed the opening two rounds of the championship with a foot injury and Cullen made no effort to hide the player's disappointment.

"He's pretty down there now, as you can imagine," said Cullen.

"He's frustrated, he just needs to get himself right. He takes a heavy bang in the hip and that just sometimes happens, these things happen. It stiffened up quite quickly.

"He was struggling for mobility, so we'll see how he recovers over the next couple of days." 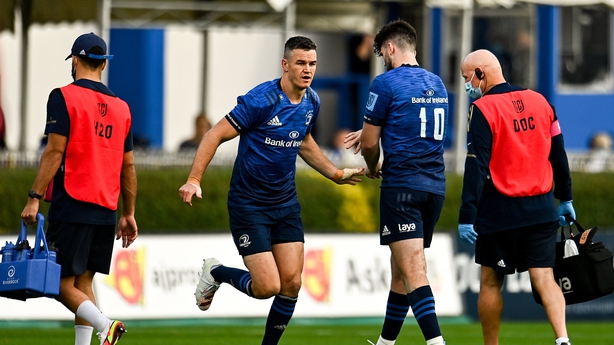 All in all it was a workmanlike performance from the defending champions who were considerably better than last week's narrow win against the Dragons.

They still went through the motions at stages in the first and second half, but Cullen says the most pleasing aspect was in the ten minutes after the break, when they scored three tries and put the game to bed.

"The start of the second half was good and we're just a lot more accurate in everything we were doing.

"I think we started the first half in similar fashion, got in for a couple of tries as well, missed a couple of opportunities, then it gets a bit disjointed.

"Some of that is Zebre coming aggressively, shooting out of the line, putting guys under pressure.

"And maybe we're also trying to force things a little bit too much, maybe trying to make things happen rather than just being patient, particularly when we're in possession.

"It's a bit mixed feeling in the dressing room there, some good stuff, Adam Byrne coming back is great, scoring a couple of tries, a few of the guys playing for their first competitive outing of the season," Cullen added. 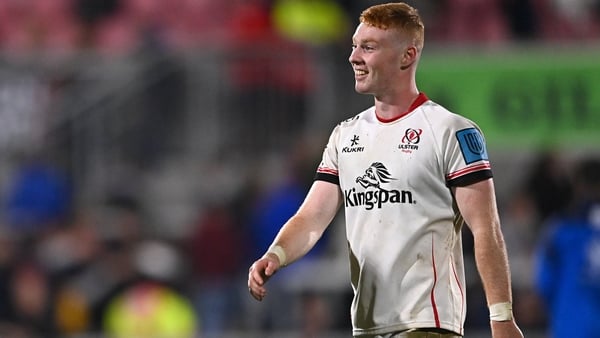