You can change the format and change the name and bring new teams to the party but the reality of the United Rugby Championship, and indeed pretty much every major sports league, is that you're going to get games like this.

Even without the long list of Lions and international players, Leinster fielded 11 Test players in their starting side and from the moment Scott Penny crossed for the first of their seven tries in the second minute, the result was beyond doubt.

After that, it was a case of running through the gears and avoiding injuries to make it three wins out of three.

The first of those they completed, albeit at a cruising pace. Tries followed for Jordan Larmour, Adam Byrne (2), Ed Byrne, Sean Cronin and Ronan Kelleher as Leo Cullen's side professionally brushed aside the tame Italian challenge.

Unfortunately though, they weren't as lucky on the injury front, Harry Byrne's frustrating afternoon ended midway through the first half after a hefty knock on his hip. 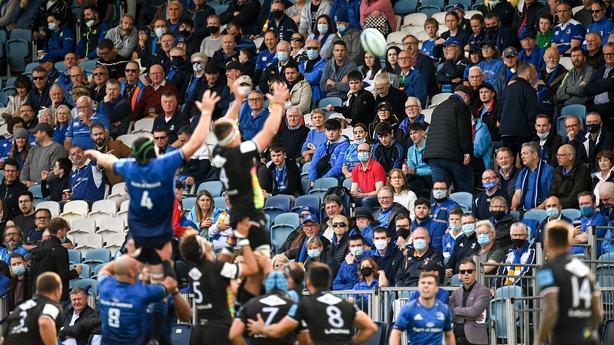 Any danger that there would be a hangover from Leinster's frustrating afternoon in Newport last week was brushed aside within two minutes when Penny touched down for the day's opening try.

The 22-year-old scored ten tries in a blistering 2020/21 campaign and, in his first URC appearance of this season, picked up where he had left off as Ireland head coach Andy Farrell watched from the stands.

Having won an early penalty inside their own half, Leinster kicked to the Italians' 22. Cronin and Devin Toner connected on the lineout before Penny burrowed over a few phases later, with some beautiful handling from Luke McGrath and Jamie Osborne in the build-up. 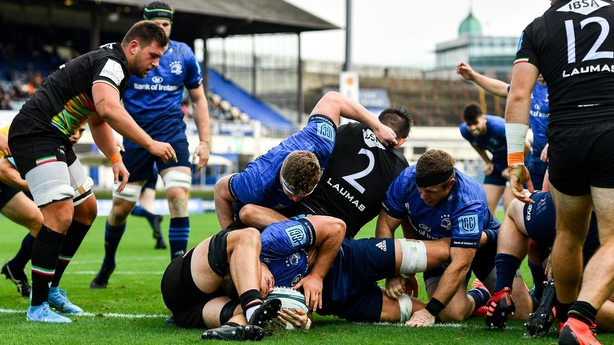 It felt like it was going to be a long afternoon for Zebre and Leinster's second try soon followed on 13 minutes when Larmour shook off the attempted tackles of four black jerseys to make his way over the line far too comfortably, after a strong maul had put them in position to strike.

The 10-0 scoreline could and probably should have been greater but Harry Byrne's radar seemed off, pushing both conversion attempts wide, compounding that by sending a penalty to the corner out on the full.

On 22 minutes, his frustrating day was ended when he shipped a hefty tackle to the hip from Zebre flanker Iacopo Bianchi; the Leinster out-half was left in considerable pain on the ground before being replaced by Johnny Sexton.

Perhaps Bianchi would have eased off in the tackle had he realised what was coming off the bench.

Even at 10-0 the result never seemed in doubt, but thankfully Farrell's presence at the RDS - just a few weeks out from the November Tests - provided an element of jeopardy.

He likely will have been impressed with Ciarán Frawley, who was linking up well with Sexton in the Leinster midfield, the Irish captain equally building on his sharp early-season form.

Leinster seemed content to be in third gear as the half progressed but gave Zebre a sniff of points on 33 minutes when Larmour was penalised for a tackle in the air. Antonio Rizzi's penalty kick from the halfway line fell short to leave the visitors scoreless, and still ten points behind.

For the first time since February 2020 the RDS had a significant crowd of 10,400 watching the Blues, and it took until the stroke of half-time for them to really get off their feet, as Adam Byrne ended his 21-month injury absence with a try on his return. 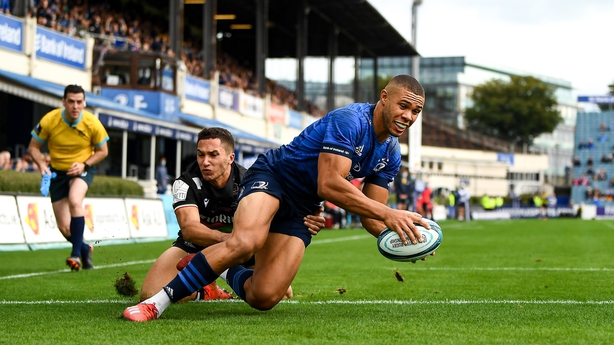 Spotting a big overlap out on the right, his namesake Ed Byrne carried hard before popping a pass back to Sexton, who skipped the ball out wide to the other Byrne, who dived over in the corner.

For the third time this afternoon, the conversion was pulled wide, as Leinster jogged into the sheds comfortably leading at 15-0, but not exactly inspiring.

It was job done by 42 minutes, Ed Byrne wrapping up the bonus point with a simple pick-and-go on the Zebre line after Sean Cronin had tapped the initial penalty.

Two minutes later Cronin found the tryline himself, just squeezing over in the corner after Sexton and Jimmy O'Brien had been held up short.

Sexton converted both as the scoreline became 29-0, Leinster evidently starting the second half a gear higher than they had been in the first. 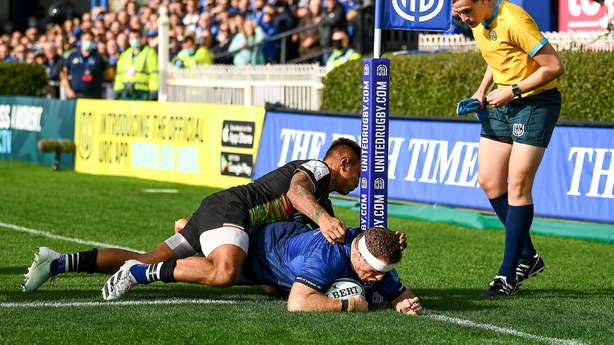 The misery for Zebre was to continue. Rizzi was sin-binned for a dangerous tackle on Sexton, who from the resulting play landed a pinpoint crossfield kick into the hands of Adam Byrne, who had enough time to jog in for try number six, Leinster's third in the space of just eight minutes.

As the benches emptied, the early pace of the second half fell off, and it was another quarter of an hour before Leinster crossed the line for their seventh try of the day.

It was one that forwards coach Robin McBryde will have been pleased with; a scrum penalty kicked to the corner, the lineout leading to a maul, and the maul leading to a try for Rónan Kelleher, on his first appearance since touring with the British and Irish Lions.

Thirteen minutes from time, Leinster's defence was breached for the first time this season, with Nick McCarthy spilling possession on the halfway line and a nice Zebre counter leading to Pierre Bruno running in under the posts to score, giving Zebre the final word in an argument that had long since ended. 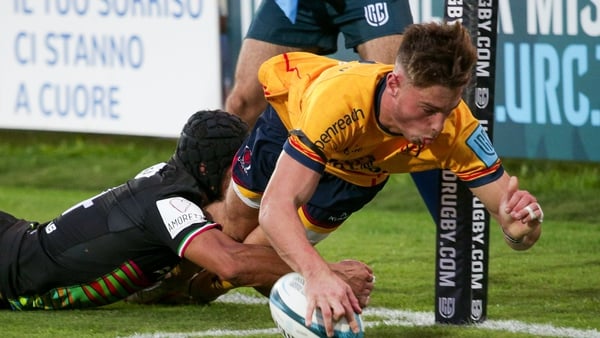 All you need to know: United Rugby Championship Round 3