Ulster sit pretty on top of the United Rugby Championship table and they'll be there at the start of round four unless Munster can get out of Llanelli with a bonus point win and an 18-point winning margin tomorrow.

Dan McFarland’s side may be nursing 14 players on an ever-growing injury list but the boss still has reason to be happy that his stand-ins have done almost all that has been asked.

Last night's 28-8 win over Benetton wasn’t pleasing on the eye for the most part and he had to add prop Andrew Warwick (hand) and out-half Billy Burns (hamstring) to the casualty list but he’ll be especially pleased with the ability of the deputies to get the job done.

Chief among them is Nathan Doak.

Ireland boss Andy Farrell was present in Ravenhill last night and if the young scrum-half continues on his present trajectory he’ll earn a call-up for the November internationals.

After making his provincial debut at the start of the year, Doak, son of former Ulster scrum-half Neil, stood out for the Ireland Under-20s in their Six Nations campaign in Wales, where he started games at both scrum-half and out-half. 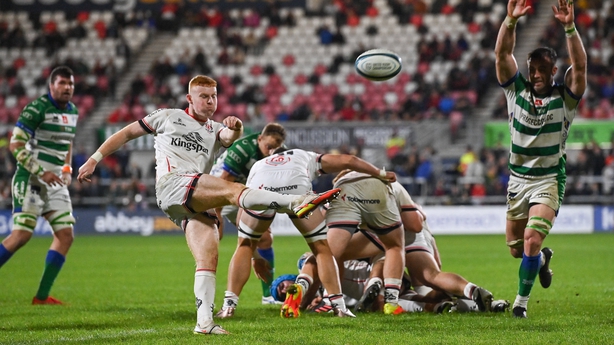 He replaced an injured John Cooney in their opening game against Glasgow last month and scored a crucial try in a six-point win.

Last weekend he made his first competitive start in the 36-3 win over Zebre.

Last night the 19-year-old scored two tries and kicked all four conversions in a man of the match showing.

Calm and assured throughout, he displayed maturity beyond his tender years.

His first try, Ulster’s second, consisted of a switch with Rob Herring, and a one-two with Dave McCann that broke the line.

With two defenders bearing down he put his foot on the gas and still had to protect the ball in heavy contact to get the touchdown.

The second score, needed to earn a bonus point with time running out, was a clever and instinctive quarter-back sneak.

"He’s talented but he’s fully aware that it’s day by day, he plugs away at his basics and he’s lots to improve on, things that he knows he can work on if he's going to be the best player he can possibly be.

'Was I expecting better performance? Probably not'

"He’s had the two starts so it’s no good breaking out the fanfare.

"He’s done a really good job. He’ll come in on Monday and we’ll keep working on the key points and take it day by day.

"You can see confidence in all of his play. It’s evident in his kicking game, his decision-making, just how composed he stays on the field."

Scrum-halves Conor Murray, Caolin Blade, Craig Casey and Jamison Gibson-Park were all part of Farrell’s 50-man training squad last month but if form counts for anything, Doak will be in the mix. 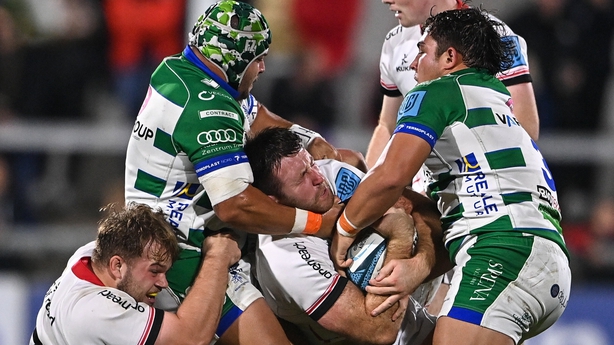 The passage of play that allowed Doak to drive over came from a penalty won by a replacement front row including prop Callum Reid (above, left), who stepped in for Warwick after just two minutes.

"I mentioned that in the changing room," said McFarland afterwards of the 22-year-old.

"He certainly hasn’t experienced 80 minutes of professional rugby before. That was always going to be massively tough...[that penalty] was crucial." 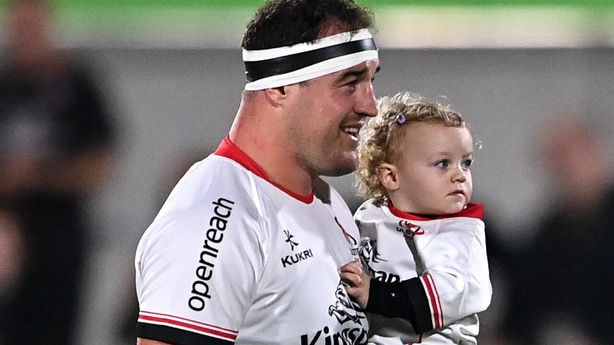 McFarland also reserved special praise for 31-year-old Rob Herring, the hooker who won his 200th Ulster cap, embellishing the milestone with a try and a barnstorming display.

"Rob played a really good game, it’s a great night for him, he had his family here, it is a tremendous milestone," said the head coach, whose side host the Lions next Friday.

"There’s a big toll on your body when you play professional rugby. Rob is an ever-present and a great member of our organisation.

"He is a driver for us. Why wouldn’t he be? He’s a Test player, a very important part of our squad and I’m really pleased for him." 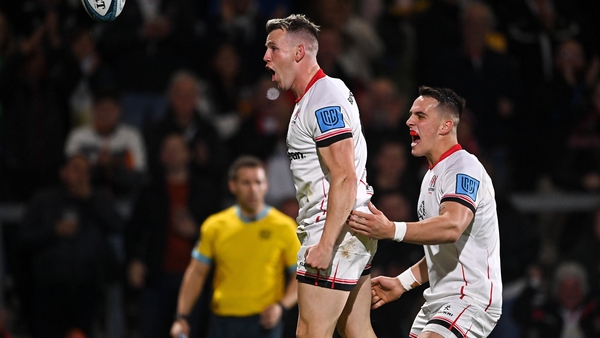 'Was I expecting better performance? Probably not' - McFarland happy with injury-hit Ulster win