The DHL Stormers say they intend to appeal the eight-game ban handed down to second row Adre Smith for an alleged bite in Saturday's United Rugby Championship meeting at Thomond Park.

Smith, who was making his Stormers debut in the game, was involved in an altercation with Munster's Niall Scannell in the 45th minute, after which the Munster player made allegations of a bite.

He had been cited on Wednesday under Law 9.12 – "A player must not physically or verbally abuse anyone. Physical abuse includes, but is not limited to, biting, punching, contact with the eye or eye area, striking with any part of the arm (including stiff-arm tackles), shoulder, head or knee(s), stamping, trampling, tripping or kicking."

Last night an independent disciplinary panel suspended the 24-year-old until 12 February 2022, with a URC statement saying: "The player failed to prove on the balance of probabilities that foul play had not occurred and selected a low-range entry point."

A 30% mitigation was applied for the player's previous clean record and conduct during the citing process.

The player has the right to appeal the suspension, which the Stormers say they will be doing once they receive the full written verdict.

"The DHL Stormers intend to appeal the eight-week suspension handed to lock Adre Smith, following a disciplinary hearing on Thursday.

"A Disciplinary Panel convened via videoconference to consider the citing against Smith resulting from the Round 2 United Rugby Championship fixture against Munster Rugby on 2 October 2021.

"Smith has the right to appeal the decision and intends to exercise that right once the written findings of the hearing have been provided." 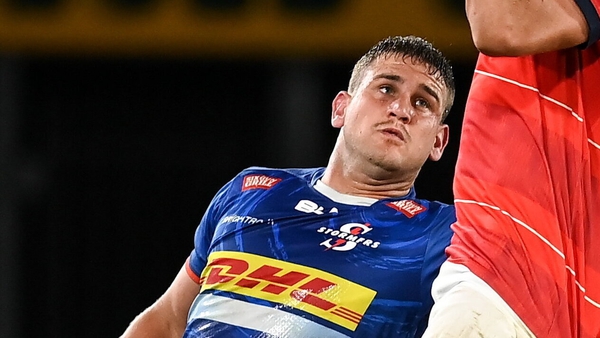