Courtney Brosnan has become a fixture in goal for Ireland of late but it's not yet two years since the shot-stopper made her senior international debut.

The 26-year-old's Girls in Green bow came in March 2020 during Ireland's European Championship qualifying campaign when she kept a vital clean sheet in a win over in Montenegro.

Fast forward to the start of 2022 and with the second half of the 2023 World Cup qualifiers looming this year, Brosnan has established herself as number one as the Irish side sit second in a group which includes leaders Sweden and direct rivals Finland.

But before the campaign resumes away against Sweden in April, club matters take precedence and this weekend features a clash between her current cub Everton and her previous club, West Ham, in the Women's Super League.

Along with Ireland team-mate Leanne Kiernan, who has been in prolific form after also finding herself on Merseyside - albeit in the red half with Liverpool - Brosnan was released by West Ham last May and as she told me on this week's RTÉ Soccer Podcast, her aim had been to stay in England at club level.

"The contracts are typically shorter than the men's game so there's always a little bit of uncertainty but when I knew I was leaving West Ham, I spoke a lot with my agent about my hopes to stay in England," she said.

"I really liked the league here and wanted to continue to pursue that so when the opportunity arose through (former Everton manager) Willie (Kirk), and getting to Everton, it was a great chance at a really ambitious club.

"So I felt it was a really good fit for me and was really looking forward to the opportunity to stay in England."

England international Sandy MacIver remains the number one for Everton with Brosnan having earned game-time primarly in the League Cup, along with a WSL appearance, which presents a challenge to remain match sharp ahead of each international window.

But the New Jersey-born keeper feels the quality of training sessions at her club has played a key role in keeping her as sharp as possible and Brosnan has needed to be as Vera Pauw's Ireland navigate the challenge of trying to get to the next World Cup.

Pauw rotated between Brosnan, Marie Hourihan and Grace Moloney during the run of narrow defeats against higher ranked opposition that hardended the Irish side and preceded the final friendly victory over Australia last September.

The Ireland boss had remained guarded publicly about who her number one would be for the competitive games but knew the identity of her first choice.

That proved to be Brosnan who kept goal for the breakthrough 3-2 win over the Matildas and hasn't looked back since.

But did she have any early indication internally that Pauw was leaning towards her as the number one?

"I don't know if I would say I had an idea," she replies.

"Obviously in the goalkeeper position it's been bouncing back and forth for a while and all of us were just trying to put our best foot forward and step up into that role and the opportunity arose for myself which I'm very happy about and I think it's just continuing for us all to push each other forward and just continue to make steps in the right direction."

Halfway through the group stage, with Ireland one point clear of Finland who they famously beat away in Helsinki last October in what was arguably the biggest result in the national team's entire history, given the context of the group.

Days after slipping to a narrow defeat after an unlucky own goal against heavy favourites Sweden, it was a gritty performance as a resolute Irish side delivered a winner, having conceded a Finnish equaliser, with Brosnan and the defence standing firm in the face of a late onslaught from the hosts.

"The tension was high and (Finland) were really throwing everything at it and obviously we were backed up pretty close to the goal-line, fending off attack after attack," Brosnan recalled.

"But our confidence that we put in a good performance and I felt like I really had the belief and felt like the back-line had the belief that they weren't going to get another goal in those last 10 minutes no matter how many times they were continuing to throw that long ball forward.

"So I think it was a great night and obviously a really important win for us in the qualifiers so we'll need to build off that."

The home draw against Slovakia in November was disappointing but Brosnan had a relatively easy night with all the action happening at the other end when Ireland fired their way to a record 11-0 win over Georgia at Tallaght Stadium.

Both nights against the Georgians and Slovakia proved to be special on a personal level though with an interested observer in the Tallaght Stadium stands.

"(My family) watch all my games on the TV and my Dad was actually able to come for the first time to see me play for the senior team against Slovakia and Georgia which was amazing because he's been to underage games and seen me on TV but had never seen a live match so that meant the world for me and for him to be able to be there."

Only one of the remaining qualifiers will be at home - Finland on 1 September - but Brosnan is hopeful that, along with the belief gained so far, the experience of having faced all four rivals once already will stand Pauw's side in good stead.

"We know what we're capable of and then we have a little bit more information about the teams because we've played them all once. So it's just really important for us to stay focused on what we want to do and put our best foot forward and get the best performances to get where we want to be at the end of these qualifiers." 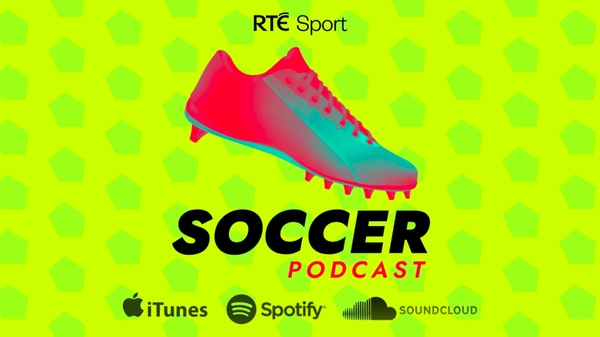