More of the same, will be the call from manager Stephen Kenny as his side take the pitch against Qatar at the Aviva Stadium this evening.

A friendly international, perhaps, but the Ireland boss will be looking to carry on where they left off in Baku on Saturday night and continue the good form that they have shown in the previous seven matches.

Only one loss in seven, the manager reminded us after that well-earned 3-0 victory in Azerbaijan, and he will be expecting that record to stretch to eight by the final whistle on Tuesday.

The first meeting with Qatar actually began that run of games, and while a 1-1 draw with the World Cup hosts was nothing to write home about, it afforded Kenny an element of breathing space following back-to-back defeats the week previous, including the shock loss to Luxembourg in Dublin.

Qatar were well beaten in Saturday's friendly to Portugal, losing 3-0. However, should they show up with the same intent as they did when the sides met in Budapest in March, they will certainly give Ireland a game.

The World Cup hosts are always expected to perform once the tournament comes around and Qatar will be keen to at least be competitive when it all kicks off late next year.

As a result, this team have been playing akin to a club side - they have had 17 games since March - so expect them to play a confident, attacking brand of football tonight.

While Ireland were coming off the back of those two World Cup qualifier defeats, they were below par in the first game, with Qatar enjoying as much, if not more, of the possession and after coming from behind, they could have actually won the game.

As a result, the Ireland manager will not want to tinker with his team too much as he looks to maintain this momentum into the November qualifiers, which includes a home tie with Portugal.

Kenny admitted that there would be changes, and confirmed that Caoimhin Kelleher would start in goal, allowing the Cork native to make his first start in an Ireland shirt, while also giving Gavin Bazunu a well-earned break.

Adam Idah recovered from illness to start the game in Baku but was substituted after the hour mark and is also likely to sit this one out to let him fully recover from his exertions on Saturday night.

So a change to the front line will also result in a change of style for Ireland as there is no like-for-like replacement for Idah, with new man Will Keane probably having the most in common with the Norwich youngster who is a powerful runner in behind, while also being very capable of holding the ball up and linking play.

Chiedozie Ogbene will most likely be rewarded for his cameo in Baku, which included scoring the third goal, but he will be tasked with playing wider and deeper than the front man.

Likewise, Callum Robinson will be itching to get back on the pitch and add to his tally of two from the away win, and he will probably be asked to perform a similar role to Ogbene, but coming in off the left.

That leaves Kenny with a choice from four for that focal point in attack, and he will be anxious to try Troy Parrrott and Aaron Connolly in the role in Idah’s absence.

Parrott would bring more composure in the role, link play better and is arguably the more natural finisher, while Connolly’s pace would prove a real handful for the central defence, while also offering a good option in behind or over the top.

Alternatively, Kenny might opt for one of the bigger, more experienced duo of Keane or James Collins to provide a strong presence.

In midfield, Josh Cullen is likely to sit out as he is recovering from a jarred knee, which may see Conor Hourihane, Jason Knight or Harry Arter come in to sit in with Jeff Hendrick – perhaps the manager might opt for an all-new partnership with two of the aforementioned trio starting.

That two-man midfield approach can get exposed if the opposition load the central area, and the manager admitted that Azerbaijan caused them problems as a result of doing just that after Ireland opened the scoring.

Enda Stevens will probably get a run out on the left flank, allowing James McClean to take a break, while Matt Doherty should resume duties on the right.

Both may be asked to drop inside on occasion should the midfield get overloaded, while the two front men sitting behind the striker may also be asked for a bit more in that area, especially when out of possession.

Kenny admitted on Monday that most of Ireland’s quality players come from the defensive unit, and as a result, the manager has been able to build a strong base, which has helped the team’s form in recent games.

Shane Duffy, John Egan, and now, Andrew Omobamidele, who stepped in when Dara O’Shea got injured, have proved to be rock-solid at the back in recent games and it looks as though the manager is happy to stay with that three-man unit.

Whether Nathan Collins or Liam Scales get asked to start in place of one of the three remains to be seen, but the manager will be slow to break up the heart of his defence as he looks to maintain his side’s form.

There has been little talk of tonight’s game being a must-win situation but Kenny knows that anything other than a victory will offer ammunition to his doubters in the build-up to the November double-header.

The nature of this Qatar side and the regularity of their games this year will have allowed the manager ample exposure to work out their strengths and weaknesses, and Kenny will believe that his side are much better equipped to dominate the game, especially with a full house expected.

The fact that the match is a sell-out, albeit with a reduced capacity, shows that the Kenny factor is having an effect on the public, who want to come and see this new and exciting team.

The manager is hoping there will be an easing of restrictions in time to get 50,000 back inside the stadium for the visit of Ronaldo and Portugal next month.

That might have proved very ambitious back in March coming out of back-to-back defeats. However, a strong performance and victory against Qatar could certainly whet the appetite to allow this ill-fated campaign to finish in a certain amount of style. 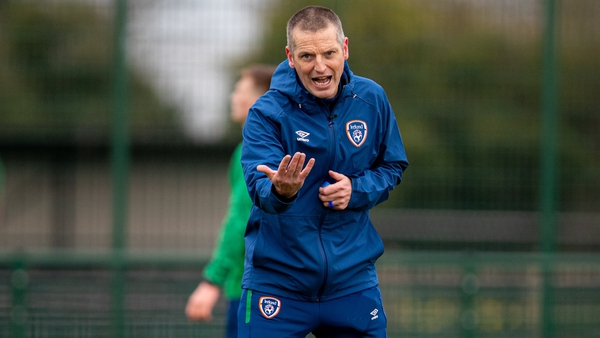