Caoimhin Kelleher will make his first start for Ireland in Tuesday night's friendly international against Qatar at the Aviva Stadium.

The Liverpool goalkeeper will replace Gavin Bazunu between the sticks for the final game of the October window with the regular number one rested for the game.

Manager Stephen Kenny had suggested last month that Kelleher would play in the game against the World Cup hosts as he was keen to see him get game time despite the fact that Bazunu has established himself as the number one.

"I think hopefully I’ll get the opportunity tomorrow, it would be nice to get a first start for Ireland," said Kelleher, speaking to the media ahead of the game.

"I’ve a good few family coming up to watch the game. In front of the home fans to make my first start would be a special and proud moment for me."

Kelleher admitted that it would be difficult to break into the first team, while competing with Bazunu, but stressed that the goalkeeping trio, including Mark Travers, were very close and were pushing each other on to improve as players.

"Of course, it’s going to be difficult," said Kelleher.

"I think the first team, it’s always going to be difficult. Three good goalkeepers, myself, Mark and Gavin all competing for one spot is healthy competition.

"We all get on with each other. It’s only healthy for us and good for us. I like it, I like competition, it makes you better."

Manager Stephen Kenny said that the Liverpool keeper deserves his chance in goal and said that it would be a special night for the keeper to make his first start in a home game at a sold out crowd of 25,000 at Aviva Stadium.

"He has played for me at under-21 level, so I am well aware of his qualities.

"He made his debut at half-time in Hungary and now gets his first start in front of the home crowd, so he deserves it."

The manager said that he has a full squad to choose from apart from doubts over Josh Cullen, who has a jarred knee, and Daryl Horgan, who is nursing an ankle issue.

Jason Knight returns to the squad having missed the game in Azerbaijan due to illness. 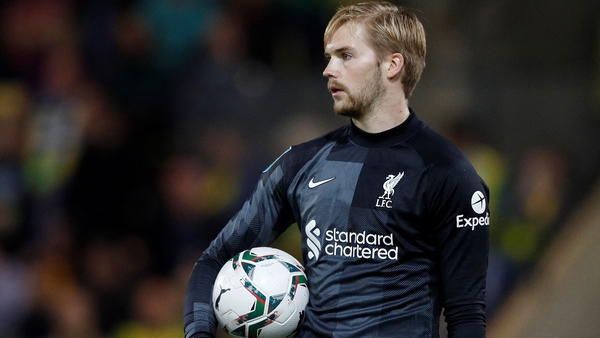