The shock result leaves Ireland needing a minor miracle to challenge for a place at next year's World Cup as they sit bottom of Group A without a point after two games.

It also means the Dubliner's 10-match reign has so far yielded no victories.

Speaking after the game, Kenny said he was not concerned, and that his continuation in the role was "not even in question".

Errors and despair but change is not the answer

How much of Ireland's recent poor form is a reflection of Kenny's abilities, and how much is due to the players available to represent the side at the moment is what the board of the FAI will now have to decide.

"Speaking personally, Stephen has my full support and I hope he's absolutely going to be here for this campaign," Barrett said on Sunday. 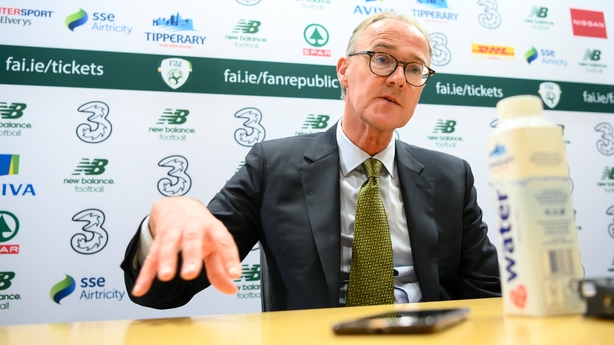 "I hope he'll be here for other campaigns, but we'll see how things go."

The FAI board is due to meet tomorrow, and Barrett admitted that the opening two World Cup qualifiers will be discussed.

"I think it'll be discussed, in terms of the performance, but we've a pretty busy schedule tomorrow," he said.

"There's no scheduled discussion on the performance last night, or indeed last Wednesday."

The result has brought back memories of past low points in the modern history of the national side, including a draw with Liechtenstein in June 1995 and a 5-2 defeat away to Cyprus in October 2006.

But Barrett was not ruling out an appearance at the World Cup despite the catastrophic result.

"How damaging it is time will tell. There are plenty of games left and we'll see how we go.

"Mathematically, no it's not," he said when asked if Ireland's World Cup qualification chances were already gone after the two defeats.

"Serbia drew with Portugal last night. We were on the wrong end of a 3-2 against Serbia, so where there's life there's hope."

Reflecting on the state of Irish soccer at the moment, Barrett said that it wasn't all doom and gloom despite the current position of the men's senior team.

"We're operating and living in a really strange world," he said. "As an organisation, we've come through massive change over the last couple of years, and certainly in the last year.

"It's really good to see how many of the new players in the squad – many of them very young – have performed and I look forward to seeing how they develop in the months ahead." 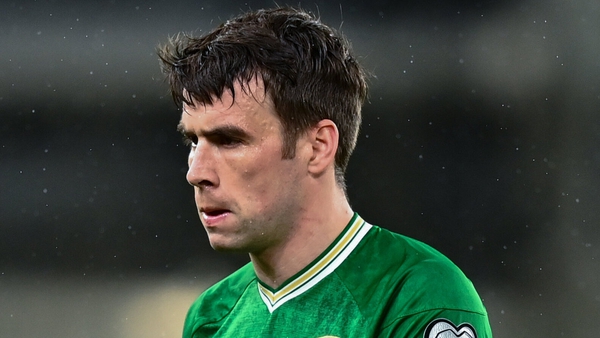