Ireland manager Stephen Kenny has said that it is possible that Aaron Connolly and Adam Idah may have moved seats during the team's flight to Slovakia for their crunch Euro 2020 qualifier.

The two players were ultimately ruled out of the match in Bratislava on Thursday night, a game Ireland lost on penalties to end their hopes of qualifying for the tournament.

Connolly, who was due to start the game, and Idah were removed from the matchday squad hours before kick-off after they were deemed as a close contact of a member of the travelling party who tested positive for Covid-19.

"That seems to be the case, yes," Kenny said when asked had the players moved seats.

"I wouldn’t have been aware of that because I was at the front of the plane obviously."

The attackers will also miss tomorrow's Nations League match with Wales at the Aviva Stadium with Preston striker Sean Maguire and Wycombe winger Daryl Horgan being called into the squad to replace them.

Kenny said that lessons will have to be learned by all involved, but reiterated that he was proud of the performance his players put in despite the drama pre kick-off.

"We have a lot of great staff here, a lot of good people you know.

"This is a situation that is unprecedented for sure and it’s something that we just have to contend with.

"Without doubt everyone can learn but it’s an unfortunate situation and one that we have to live with.

"I do think that the performance itself was exceptional regardless, although I would be looking to improve on several aspects.

"I’m really devastated for the players because they deserved to go through on the night. To go to Slovakia away from home and play as well as they did and have so much possession and show a degree of creativity in the manner that they did, I’m devastated

"We all know the opportunity that existed and to lose on margins like that is just something that everyone will have to accept.

"I can not fault the players, they have been really, really brilliant." 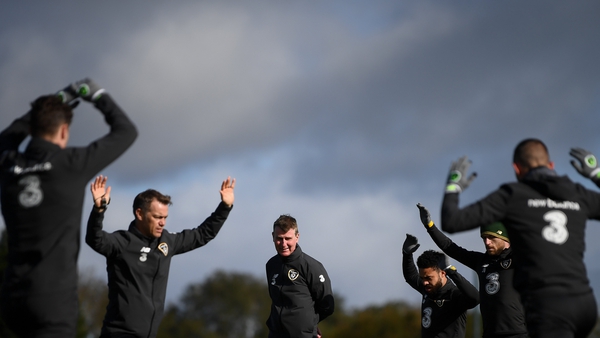 All you need to know: Republic of Ireland v Wales