For a player who couldn't make the Newcastle match-day squad recently, defender Ciarán Clark links up with the Republic of Ireland squad this week full of confidence.

Up until last week’s 3-2 win over West Ham United, the 30-year-old had only made three Premier League appearances under new boss Steve Bruce.

His stock had also fallen for his country. Yet to play for Mick McCarthy, his last outing was a 4-1 defeat to Denmark in the Nations League 14 months ago. Prior to that, his last competitive game was the 5-1 defeat at the hands of the same opposition in 2017.

However things are looking much rosier in the garden for the centre-half. He found the net in the 3-2 win over the Hammers and for the first time in his career, scored for successive Premier League games when his tap-in secured the three points in the 2-1 win over Bournemouth.

He was also named in McCarthy's squad for the friendly clash with New Zealand and the crucial Euro 2020 qualifier against Denmark next week. 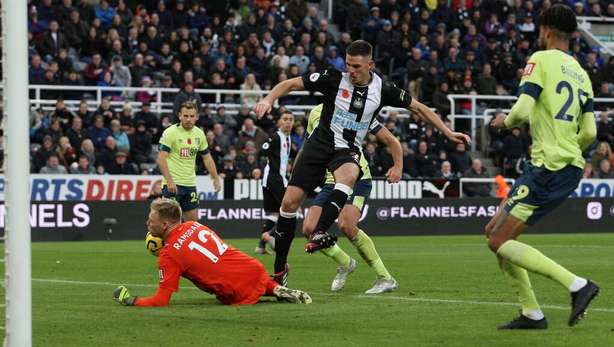 Bruce was quick to praise the 32-cap international afterwards, and it means that seven of the club's last nine goals have come from defenders, something Clark was quizzed about afterwards.

"I don't know," he told NUFC TV. "We've got lads in there who can definitely put the ball into great areas, and we've got lads who are willing to attack it and win the first one and then it's all about where you are for the second ball, and that showed.

"Today, there were some great balls in and Fede (Federico Fernandez) won the first one and it just fell to me nicely there and a lovely little touch into the bottom corner."

Six points in two games has eased the Magpies into 11th place and seven points clear of the bottom three, but Clark has been around long enough to know that fortunes in football can quickly take a turn and has urged his team-mates to take nothing for granted.

"We spoke about that between ourselves. We knew that the league was tight and two wins on the bounce will throw you a few places up the league. That's the way it's going to be this season.

"Other teams are going to do the same and there'll be a lot of chopping and changing." 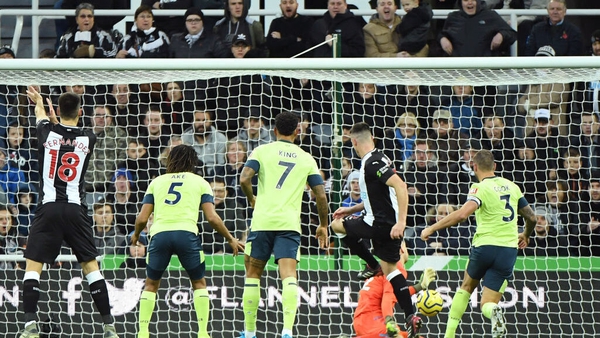