Newcastle head coach Steve Bruce has praised Ciarán Clark after seeing him come in from the cold and take on the role of match-winner.

The Republic of Ireland defender was not even making the match-day squad a few weeks ago, but scored in last Saturday's 3-2 win at West Ham and then fired the Magpies to a 2-1 home victory over Bournemouth seven days later.

Clark's return to form has coincided with his inclusion in Mick McCarthy's Ireland squad for the decisive Euro 2020 qualifier with Denmark on Monday week and his club manager says the defender has shown patience and resolve. 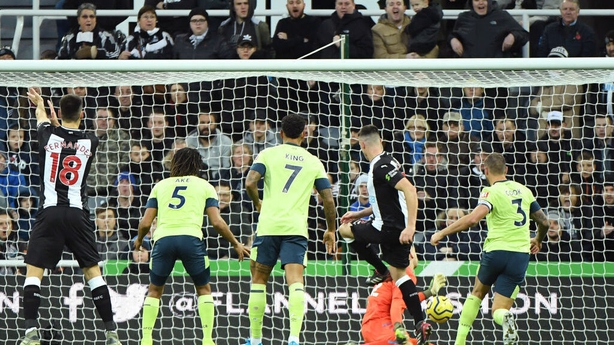 "It's the difficult part of it. All you can say to them is, 'Take your chance', and Ciaran is the prime example of it. He's done remarkably well coming from nowhere. I'm delighted for him.

"He trains every day, works hard every day, great pro and when you see somebody getting the winner like he did from where he was probably six weeks ago not travelling with us, fair play to him."

Clark's intervention came seven minutes into the second half of a rousing encounter, during which the Cherries took a 14th-minute lead when Harry Wilson rounded off a smart training ground move from a corner.

DeAndre Yedlin equalised for the Toon in the 42nd minute ahead of Clark's second-half winner.