Martin O'Neill says he is leaving the position of Republic of Ireland manager with a "heavy heart", but highlighted his achievements while in charge and suggested the team had been in a "transitional phase" over the last year.

O'Neill and his assistant Roy Keane ended their five-year reign in charge of the team by mutual consent today after a miserable 2018 that featured just one win - in a friendly - and no goals in their last four matches.

"I have had the great honour of managing the Republic of Ireland National football team for the past five years and it is with a heavy heart that I leave this role," O'Neill said in a statement.

"It was one of my lifetime ambitions to take charge of the Irish Senior squad and I would like to thank the FAI Board for giving me that opportunity."

The high point of O'Neill's era was when Ireland reached the last 16 of Euro 2016 thanks to a Robbie Brady-inspired victory over Italy and the Derry man said that he believed the squad had been in a transitional phase since the 5-1 World Cup play-off hammering at the hands of Denmark 12 months ago.

"Knowing that the past year would be a transitional phase for the squad, I have capped twelve new players in the last nine games"

"I will not forget the night in Lille when we beat Italy to secure the nation's best ever achievement in the Euros competition, the terrific night we beat the World Champions Germany at home in Dublin, or James McClean's goal in that euphoric win against Wales in Cardiff that put us through to the play-offs for this year's World Cup," he said.

"Knowing that the past year would be a transitional phase for the squad, I have capped twelve new players in the last nine games, with the aim that they become significant international contributors in the coming campaign.

O'Neill also thanked Keane and his other backroom staff and paid tribute to the Irish players and fans for their support.

"A special thanks to Roy Keane my assistant, an inspirational figure in the world of football, Seamus McDonagh, Steve Guppy and Steve Walford for their brilliant contributions and to those backroom staff at the FAI that were of enormous help to me.

"To the players, I reserve great praise and admiration for the phenomenal commitment they have shown whilst wearing the Irish shirt.

"The Irish fans have been a source of motivation to myself, the team and the whole backroom staff, embodying the passionate Irish spirit, and I thank them for their fervent support of the team.

"I am looking forward to my next adventure in football"

"I am also very proud of the relationships I have built with the players, who have carried that very same spirit, imbued by the fans, onto the field of play."

The former Celtic, Aston Villa and Sunderland manager also hinted that he had no intention of retirement.

"Having had these great experiences in my spell as the Irish international manager, I am looking forward to my next adventure in football." 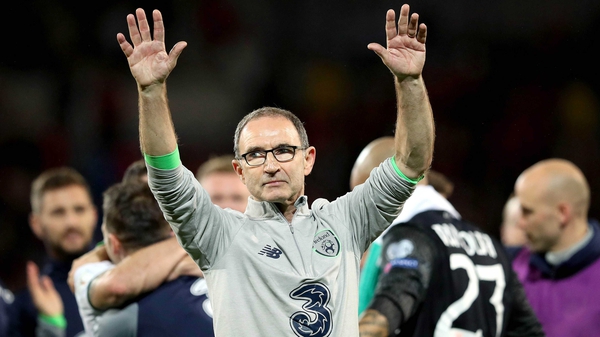 O'Neill lost his nerve after Denmark, the FAI must now find theirs