The Republic of Ireland are on the search for a new manager this morning after parting company by mutual agreement with Martin O'Neill and Roy Keane.

The decision came after a meeting last night in the UK between the association chief executive John Delaney and manager O'Neill.

With the Euro 2020 qualifying draw taking place in Dublin on 2 December, the FAI confirmed the board will meet 'promptly' to discuss the process of recruiting a new manager.

Dundalk manager Stephen Kenny, former Republic boss Mick McCarthy and Steve Bruce have all been mentioned as potential successors, while Lee Carsley is also well thought of within the association.

O’Neill has spent the last five years in charge of Ireland along with his assistant manager Roy Keane, but endured a torrid 2018, as Ireland were relegated from the Nations League B without winning a game, and managed just one win in eleven games.

RICHIE SADLIER: TIME FOR O'NEILL AND KEANE TO GO

In a statement to confirm the decision, Delaney thanked O'Neill, Keane and the rest of the backroom team for their "impact" on the Ireland team.

"There have been many highlights during Martin’s reign – none more so than Euro 2016 in France, which will live long in the memory of all Irish supporters.

"Martin did a great job guiding the team out of a difficult qualifying group – where we beat world champions Germany along the way – to reach Euro 2016 and advance to the Last-16 following a historic victory over Italy in Lille.

He wished the departing management team the best in the future.

Also in the statement, FAI President Donal Conway said: "On behalf of the FAI Board, I would like to thank Martin, Roy, and the management team for their work with the Republic of Ireland team over the last five years.

"Martin ensured that we enjoyed some great nights in the Aviva Stadium and on the road in Lille, Vienna, and Cardiff, which were fantastic high points for Irish football."

The former Celtic manager took the reins at Ireland in 2013 and led Ireland to qualification for Euro 2016 where they progressed to the knock-out phase before eventually being beaten by France.

O’Neill was rewarded with a contract extension, which was eventually signed after a lengthy delay, but he was unable to steer Ireland to the 2018 World Cup as they lost 5-1 to Denmark in a play-off.

That defeat to the Danes signaled a major downturn in fortunes for O’Neill and Ireland and since that game in 2017, the only game they won came in a post-season friendly international against an under-strength USA team.

Ireland rounded out their 2018 campaign with a 0-0 Nations League draw away to Denmark, a game in which they were totally dominated and failed to muster a single shot on target. 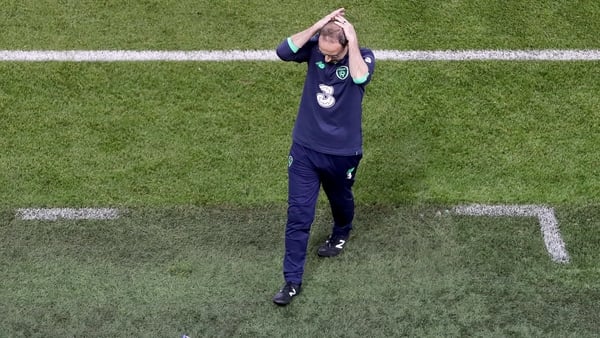 Sadlier: FAI must explain themselves before hiring new manager