Matt Doherty is taking his rise to prominence in his stride after finally making his first start for the Republic of Ireland.

The 26-year-old Wolves defender won his fourth senior cap in Saturday evening's 0-0 Nations League draw with Denmark after manager Martin O'Neill gave him the nod amid a growing clamour for his inclusion.

Doherty was a fixture in the Wanderers side which won last season's Sky Bet Championship at a canter, and has played his part in an impressive start to life in the Premier League which sent them into the international break sitting in seventh place in the table.

That has led to a groundswell supporting his claims for a place in the Ireland team, although he is not allowing that to get to him.

He said: "I've actually not seen that much, to be honest. My parents or my sisters might send me the odd article or something like that, but that's pretty much all I've seen.

"My dad has seen quite a bit because he lives here. I don't actually live here, so I don't see most of the media stuff.

"I started and I was fine. I wasn't great or anything like that, so I've got some stuff to work on." 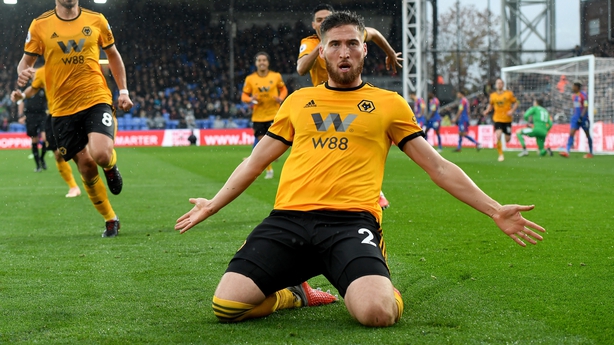 Such has been Dubliner Doherty's form so far this season that he was voted the PFA Player of the Month for September by fans, beating Chelsea star Eden Hazard to the award.

It is an accolade he accepted with gratitude, but also a pinch of salt.

He said with a smile: "The fans obviously thought I played pretty well. My sisters probably did the majority of the votes because I've got quite a big family.

"But I'll take it all day long. To get that sort of recognition is something to be proud of."

Thanks for all the support guys. It’s been a great weekend for me and the team @officialwolves. Off to Ireland now. https://t.co/btbQRGe21W

Doherty was handed the right wing-back role he fills for his club against Denmark and apart from one misjudged attempted clearance which almost allowed defender Mathias Jorgensen to pounce, did his job to good effect.

He got his chance as manager Martin O'Neill adopted a three-man defence and in the absence of injured skipper Seamus Coleman, moved long-time understudy Cyrus Christie into midfield to accommodate him.

O'Neill said: "Obviously there's a lot of expectation on him because he's doing fine at Wolves. He's getting used to the Premier League. They've come up and had a splendid start and he has done well.

"Overall, he didn't do too badly at all. I think he was delighted with the help he was getting around him and I'm sure he can improve."