Businessman Denis O'Brien has paid tribute to John Delaney at a ceremony where he was named an FAI's honorary life president at the Association's AGM in Cork.

O'Brien has been a financial contributor to Irish football at all levels in recent years, and he has helped pay the wages of a number of Republic of Ireland managers.

The honour was bestowed upon him by the FAI Committee and as he accepted the award he heaped praise on FAI chief Delaney.

"I have had the privilege to get to know the work of the FAI and in particular your Chief Executive Officer John Delaney, who I have the highest respect and regard for," said O'Brien.

"He’s one of the few Irish sporting administrators who have made it to the top of their sport internationally. His membership of the executive committee of FIFA is, as I see it, just another step."

In March it was confirmed the arrangement between O’Brien and the FAI to fund the salary of the Republic of Ireland management team had come to an end.

Mr O’Brien had been contributing to the wages of the managerial team since the appointment of Giovanni Trapattoni and Marco Tardelli in 2008.

"Over the last ten years [O'Brien] has given funding of almost €10m," Delaney said at the time.

"We always knew it was going to come to an end. At this particular juncture we are strong enough to stand on our own two feet."

At the meeting at the Rochestown Park, FAI Chief Executive John Delaney praised the success of the 2018 Festival of Football to promote and recognise the work done at grassroots level.

Republic of Ireland manager Martin O'Neill and Ireland WNT Head Coach Colin Bell led a delegation of international coaches that toured the county as part of the Festival of Football over the course of the course of eight days and it was announced that over €1m in funding given to grassroots clubs.

At a Special Meeting of Council, Donal Conway was elected President of the FAI, replacing the out-going Tony Fitzgerald, with Noel Fitzroy elected to the role of Vice-President.

Miller passed away earlier this year aged 36 and the tribute match at Pairc Ui Chaoimh is a complete sellout.

Proceeds from the game will be used to help Liam's wife Clare and their three children, with Marymount Hospice among the charities benefiting from the day. 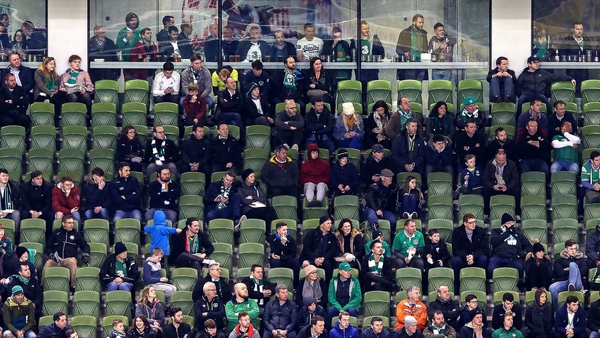