Andy Farrell rejects the suggestion that losing three of his most experienced players has been a big disruption to his plans.

Ireland host France on Sunday and will do so without the services of Johnny Sexton [head injury] and Conor Murray [hamstring], who between them have 195 international caps.

In addition, James Ryan [head injury] has been ruled out. The lock has 33 caps to his name and is a guaranteed starter when fit.

"It's been challenging, but every Test week always presents its own challenges," said head coach Farrell after naming Jamison Gibson-Park and Billy Burns as the half-backs for the must-win Guinness Six Nations clash.

The duo, who played together in the final stages of the loss to Wales, have ten caps between them.

"There has been a lot going on this week but we're a squad and we've been a squad since we met up. Everyone has been swapping in and out," added Farrell

"You always have at the back of your mind the 'what if' scenarios and here we are. We've got a side that is going to go out full of confidence, to be excited about meeting a really exciting French team.

"We will give it our best shot, there is no doubt about that.

"It's not [a lot of disruption] for us. We're excited about it. We’ve obviously lost a few experienced players during the week but one man’s loss is another man’s opportunity.

"The squad is united in the challenge ahead."

Farrell backed 26-year-old Burns to put a late missed kick to touch against Wales last week behind him.

"Everyone makes mistakes and, at international rugby, he understands the extent of that.

"But he's a true professional, his team are right behind him, and he's trained outstandingly this week." 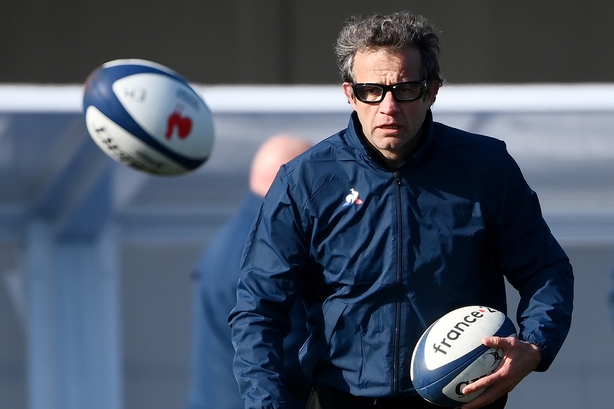 Speaking as France made two changes to the team that beat Italy last week for Sunday's game, coach Fabien Galthie [pictured above] said of the Irish team: "They have changed the half-back partnership, [to] the one that played the last part of the game against Wales.

"They also played during the Autumn Nations in certain matches.

"We will have to adapt accordingly. But our overall approach with regards to taking on Ireland will not change our style of play.

"The Irish will not be changing their style solely because three players who would have been selected are not playing." 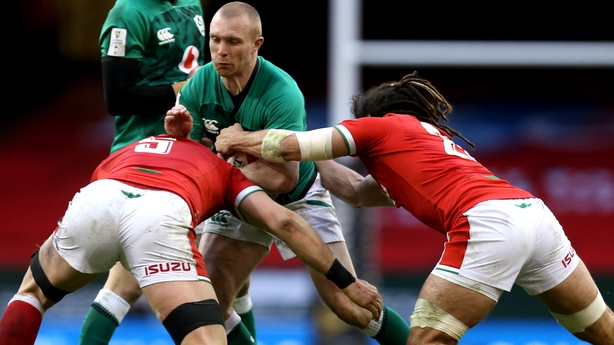 Winger Keith Earls, meanwhile, has also backed the relatively inexperienced duo to shine, even if Gibson-Park will be coming up against "special talent" Antoine Dupont, widely regarded as one of the best players in the world on current form.

The 33-year-old, who will win his 90th cap, said: "It’s tough losing the experience of Conor and Johnny but the two lads stepping in... Billy has been flying it with Ulster, he’s settled in well in the squad.

"He's popular in the squad and everyone backs him. He’s an unbelievable talent. Of course, he’s disappointed with last week and that kick but that’s sport.

"Jamison is cool as as breeze. He’s played in massive games for Leinster before. He’s a Super Rugby winner and there’ll be no fear in both of them.

"We are all confident in them. We know how talented they are and when they do click it will be just as good as Conor and Johnny."