Ireland enter the final day of the Guinness Six Nations for the third time in three seasons with a chance of winning the title.

Two years ago, on the crest of a wave and bidding for just a third ever Grand Slam, Ireland, under Joe Schmidt, claimed a famous win in Twickenham; last year they could have overtaken Wales in the last round but never even made a swing at the eventual champs in Cardiff.

This time again there's a different dynamic, caused not only by the nature of defeat to England last February, but also by the utterly bizarre and unforeseeable circumstances that Covid-19 has thrown into the mix.

There will be no fans in the Stade de France and indeed on some level it’s lucky that his game has gotten the green light in a city where people cannot travel more than 1km from their homes, need papers to do so if necessary and can only exercise within 1km of their residence – we think we have it hard.

"We are no stranger to what’s going on around us, with people, friends, loved ones, craftsmen, farmers, caregivers, who are about to suffer, it shows even more the mission of the 15 of France," said Les Bleus boss Fabien Galthie,

But there’s still a game to be played and a championship up for grabs.

It breaks down like this: A four-try-win for Ireland and there’ll be Champagne corks popping in the green dressing room regardless of results elsewhere.

That Ireland have only won twice there since 2000, both times by just two points, hints that that eventuality is not likely.

The best hope Ireland have is for Italy to somehow muster up a performance against England in Rome and keep the score down.

If Eddie Jones’ men can be kept to a 23-point or less margin of victory then the shape of the game in Paris changes dramatically.

It will go from a scenario where four tries is the target to one where a 10-9 win will do nicely, thank you very much.

FRANCE v IRELAND: ALL YOU NEED TO KNOW

"We have spoken about that," said forwards coach Simon Easterby yesterday when asked about the message the players will get ahead of kick-off depending on the result in Italy.

"If you are distracted by external things, which are outside of our control then it can be a way of derailing what we want to do. At some point during the game we may need to discuss and maybe adjust but we need to win the game first."

France have to better England’s net result plus two or more points to get their hands on the trophy but they know at this stage that a bonus point is required.

Ireland, notoriously slow starters, are well aware that France, who beat England at home at the start of the championship, will be eager to burst out of the blocks.

Not letting them build up a head of steam is among the Irish targets.

"It’s something we’ve reviewed during lockdown as coaches, how we can start the games with more impact and not allow the opposition to get into their stride," said Easterby.

"The French, once they get momentum, are a very difficult team to deal with. It’s certainly an area we have focused on."

Naturally enough, much of the focus here has been on the Irish team and what they can deliver, but this noveau French outfit presents a formidable foe and from what we have seen over the last year are justifiable four-point favourites if they hit their straps. 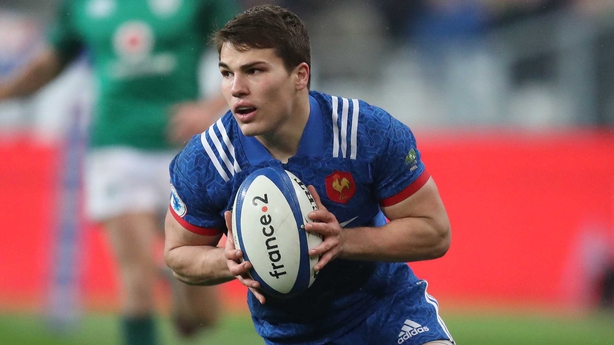 Central to that is Toulouse scrum-half Antoine Dupont, a ball of energy with an acute level of awareness on the pitch.

"He is the key player and Ireland are somehow going to have to find a way to suppress his impact on the game."

Ireland are without the injured Keith Earls, Tadhg Furlong and Iain Henderson, who is suspended. It’s experience and muscle like that that comes in useful away to France.

Ahead of their showdown with France in Paris tomorrow, Donncha O'Callaghan and Fiona Coghlan disagree over whether Ireland can get the job done @rtenews #RTERugby pic.twitter.com/87K4EL0GYQ

Andy Farrell makes just one change to the team that accounted 50-17 for Italy last week with Robbie Henshaw coming into the side in place of Garry Ringrose (broken jaw).

France warmed up last week with a 38-21 friendly win over Wales with Dupont scoring two of his side’s five tries.

Teddy Thomas, who scored a try against Ireland last time they were here, misses out with a hamstring strain. Gael Fickou moves to the win and Arthur Vincent steps into the centre.

Two years ago in said match, Ireland arrived as favourites with the French in a particularly French state of flux. 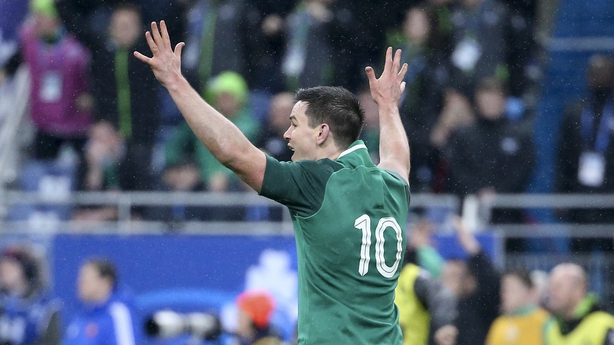 However, they somehow gelled on the day and Ireland needed a last-gasp dropgoal from Johnny Sexton to steal a 15-13 win.

Sexton, 35, says captaining a championship-winning side today would be "the pinnacle" of his career.

Ireland haven’t won consecutively in Paris since three wins on the bounce between 1925 and 1928.

But hey, this is a crazy championship, in a crazy year. It would be foolish to think that 2020 couldn’t throw up another twist. Could it happen here? Who knows.

Follow France v Ireland (8.05pm Saturday) with our live blog on RTÉ Sport Online and the RTÉ News app or listen to live commentary on Saturday Sport on RTÉ Radio 1