The Connacht players would have been forgiven for putting their feet up following their double-scores victory over Benetton last weekend, but Peter Dooley and his fellow forwards were quickly back to work.

Rather than relaxing in front of the television, Dooley spent his Sunday night watching over clips of Newcastle Falcons' props ahead of their European Challenge Cup opener.

It is all part of the player-driven culture at Connacht this season, something Dooley has embraced since making the move from Leinster in the summer.

"We’re always picking each other’s brains," said the 28-year-old. "The lineout leaders would be in at 7.30am on Monday morning, putting together a menu for the coming week.

"Then in the scrum, we’d be looking at opposition props on a Sunday night. We’d meet then first thing on Monday morning, and finalise that on Tuesday morning.

"We try to get ahead of the week with prep on Monday and Tuesday and that really helps us. We’re all just compiling our ideas.

"No-one knows who’s playing until maybe Tuesday evening so that’s why everyone has a good input. Everyone preps as if they are playing."

Dooley comes into the starting line-up for his eighth Connacht appearance on Saturday. It will be his first time playing in the Challenge Cup – "I was only coming out of school when Leinster won it in 2013" – and while there are regrets that the Westerners are not playing in Europe's top tier this season, Dooley is looking forward to the challenge.

"It’s European rugby at the end of the day and you’re playing against some top-quality teams," said the Offaly native.

"We’re excited just to play European rugby. The slate is wiped fresh and we’re looking forward to getting going.

"We’ve dissected Newcastle’s maul in detail, which is very good. They really came at London Irish’s scrum over the weekend, and thumped Exeter a few weeks ago. They’re not a bad side at all.

"They’re going to come here and see this as a new competition. They’ve probably struggled domestically but will have a real crack here. I’ve no doubt they’ll tear into us from the off."

After 10 years with Leinster, and over 100 appearances, it was a big decision for Dooley to head west. Things didn’t get off to the best of starts, Connacht losing their opening four matches, but they have since won four of the last six and have climbed away from the foot of the BKT United Rugby Championship.

"I’m really enjoying it," said Dooley. "Kudos to the lads for helping me settle in. I had some really close friends before coming down and have made some more already, and I’m only here six months. I’m loving life down in Galway.

"I feel like we’re growing as a squad. We were very disappointed with our result against Munster, we felt we didn’t play to our capabilities. Four wins from six is not a bad return but we want to bring the confidence from the Benetton win into this competition.

"We’ll target these two games and then we’ve Ulster on 23 December, and it doesn’t get easier with Leinster [on New Year’s Day] and then the Sharks [7 January].

"There is no easy game but we just want to get our confidence going and get the structures in place that we've been working on for so long." 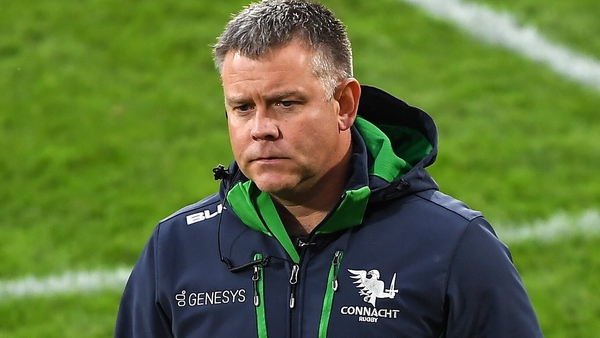