Sexton remains sidelined with the calf injury suffered with Ireland while Furlong took a knock to his ankle during Leinster’s win over Ulster last weekend.

Leo Cullen makes three changes to the side that produced a stunning comeback against Ulster, with Ross Byrne continuing his half-back partnership with Jamison Gibson-Park.

Andrew Porter is promoted to the starting line-up in place of Cian Healy, who is named on the bench after his red card was overturned, while Dan Sheehan gets the nod at hooker ahead of Rónan Kelleher.

Caelan Doris is preferred to Jack Conan at No 8 with Charlie Ngatai named in the midfield beside captain Garry Ringrose.

Mike Haley returns for Munster's visit of Toulouse on Sunday, (live on RTÉ2 and RTÉ Player), but Conor Murray's comeback from a calf injury has been put on hold.

The scrum-half returned to full training after a calf injury this week but isn't included in the matchday squad for the meeting with the five-time champions, as Craig Casey starts with Paddy Patterson on the bench.

Haley returns at full-back after missing last week's game due to the return-to-play protocols following a concussion sustained against Connacht, and is the only change to the starting team after last week's bonus-point win away to Edinburgh.

Calvin Nash and Shane Daly join Haley in the back three, with Antoine Frisch and Rory Scannell once again pairing up in the centre, while Joey Carbery starts at out-half, supplemented by Jack Crowley on the bench.

In the pack, Peter O'Mahony captains the side on his 50th Champions Cup appearance, with Gavin Coombes and John Hodnett joining him in the back row.

Jean Kleyn and Tadhg Beirne continue at lock, behind a front row of John Ryan, Niall Scannell and Jeremy Loughman.

Keith Earls is among the replacements, with the veteran wing set to make his first appearance since September.

Meanwhile, the province have confirmed that academy second row Edwin Edogbo is set to be sidelined for up to seven weeks following an ankle injury.

Iain Henderson and John Cooney have both been ruled out for Ulster ahead of their trip to Sale Sharks on Sunday (1pm).

Both players suffered head injuries in last week's 38-29 defeat to Leinster and are among six changes for the Round 1 game.

Nathan Doak comes in for Cooney at scrum-half, joining Billy Burns in the half-backs, while the other backline change sees Jacob Stockdale start on the left wing, with Stewart Moore dropping to the bench.

Stockdale is joined in the backfield by Mike Lowry and Ethan McIlroy while Stuart McCloskey and James Hume continue in the centre.

Andy Warwick retains his place at loosehead, with Rob Herring and Tom O'Toole coming into the front row, ahead of an unchanged second row of Kieran Treadwell and captain Alan O'Connor.

Matty Rea takes Henderson's place on the flank, while Nick Timoney shifts across to the openside, allowing Duane Vermeulen come in at No 8.

Connacht have rung the changes for their Challenge Cup opener at home to Newcastle Falcons on Saturday (5.30pm), with captain Jack Carty rested along with their Ireland internationals.

David Hawkshaw starts at out-half with Cathal Forde replacing Bundee Aki at inside centre, while Adam Byrne makes his first start for the province on the wing.

Paul Boyle is retained at No 8 after his player-of-the-match performance against Benetton last weekend, with skipper Jarrad Butler joining him in the back row.

Ballinasloe flanker Oisín McCormack will make his Connacht debut if introduced from the bench. 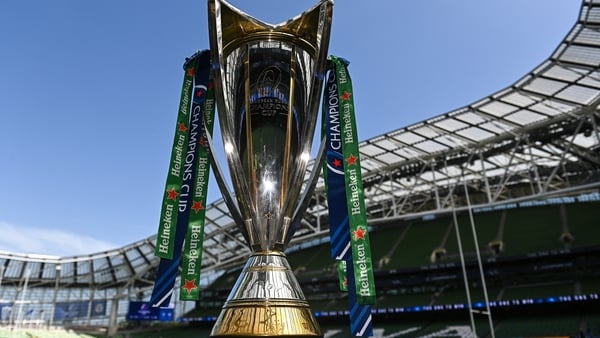