Whenever the Connacht forwards have been asked about their improved scrum this season, they direct the plaudits towards Cullie Tucker.

The Limerick native changed roles during the close season, switching from defence to become Connacht's scrum and contact coach, and he has made an immediate effect.

Connacht boast the third-best scrum in the BKT United Rugby Championship, with a 96% win rate on their own put-in, while they are also third in the charts for turnovers won.

"I was raised around the scrum and contact area," Tucker told RTÉ Sport. "Scrum would be one of my favourite areas of the game.

"I'm really enjoying it, the buy-in from the guys has been brilliant, and it has been great from the coaches to give me the time every week to work with the props, hookers and all the pack.

"I'm loving it so far. We didn’t start great against Ulster but since then we’ve built fairly well.

"You’re one performance from a tough day as well, which can happen. I’m only facilitating a group of players who love it themselves.

"I make sure the props have their work done every Tuesday morning when we analyse the opposition. They’re bringing a lot to the table themselves and hopefully my own passion and love for the area is rubbing off on them as well.

"We’re making sure the back five know their importance as well in terms of adding all their weight, getting across the line and squeezing their joints.

"It has been a brilliant process so far. There’s going to be ups and downs with it no doubt, but I’m pleased with the buy-in."

Having gotten their URC season back on track with a bonus-point victory over Benetton, Connacht have shifted focus to Europe, with Newcastle Falcons visiting the Sportsground on Saturday for their Challenge Cup opener.

While it was disappointing to miss out on qualification for the Heineken Champions Cup after reaching the knockout stages for the first time last season, Tucker said there is still an excitement among the players for the start of their European campaign.

"It’s just the word Europe, you know?" he said. "Europe gets everyone buzzing again.

"Playing different teams, next week you’re in France for a 9pm kick-off [against Brive], challenging players outside their comfort zones.

"Europe is something that everyone in Ireland has grown up with. They all want to be involved in it. You can feel it when you see the logo going up on the first Monday meeting of the week. The excitement is huge."

Like Connacht, Newcastle have struggled for consistency this season, losing six of their nine Premiership matches. Impressive wins over Gloucester and Exeter were tempered by lacklustre losses such as last weekend against London Irish, but the Falcons do possess some electric attackers such as Adam Radwan and Argentina trio Matias Moroni, Matias Orlando and Mateo Carreras.

"The big focus for us is how to nullify them at launch time. They’re very strong around the defensive ruck area, they’re No 3 for turnovers, our breakdown has to be on point.

"They scored a couple of nice maul tries over the last four games, a good scrum as well. A typical Premiership team in that regard, but with massive x-factor out wide."

Watch Munster v Toulouse in the Heineken Champions Cup live on RTÉ2 and RTÉ Player from 2.30pm on Sunday, with live commentary on RTÉ Radio 1. 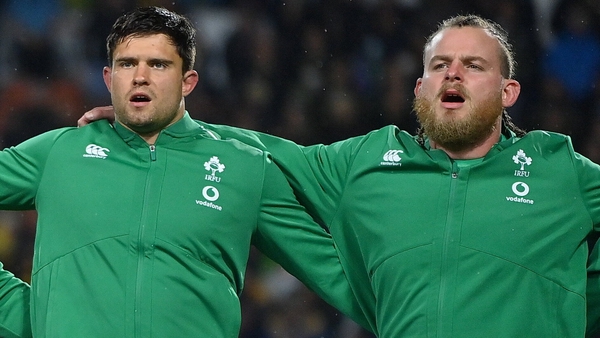