It will be hard to top last week's performance in Shizuoka, but that's a good problem to have.

At times during the 57-22 win a week ago, it was jarring to think that Japan - and not Ireland - would be heading to the World Cup in New Zealand, but that's a consequence of the IRFU's own making.

The organisation, skills and confidence shown a week ago looked a world apart from the Ireland side that played their ill-fated qualification tournament in Italy a year ago, a clear sign that if those in charge are serious in their commitment to the women's XV-a-side game in Ireland, they can make progress quick.

The fact that they looked so composed and cohesive without the likes of Beibhinn Parsons, Eve Higgins, Stacey Flood and Amee-Leigh Murphy Crowe shows the depth that is beginning to develop.

The caveat is that while Japan are preparing for the World Cup, their 13th ranking in the world means they are a team Ireland should be looking to beat on a regular basis. The challenge facing Ireland is gaining ground on those above them; Canada and the USA are well within Ireland's reach, but the gap to France, New Zealand and England will be a long-term issue.

Given the World Cup running through October and November, it's unlikely Ireland will get another proper hit-out between now and the Six Nations next spring.

As such, it's even more important to back up last week's win.

🗣️ "We're buzzing for it now, we want to finish this Tour on a high."

The game gets underway at 7pm local time, which is 11am in Ireland.

TG4 will have live coverage of the game at Prince Chichibu Memorial Stadium, getting under way from 10.40am.

Temperatures are expected to hit 35C in Tokyo tomorrow, although it's forecast to drop to 30C by kickoff, with humidity up around 75%. 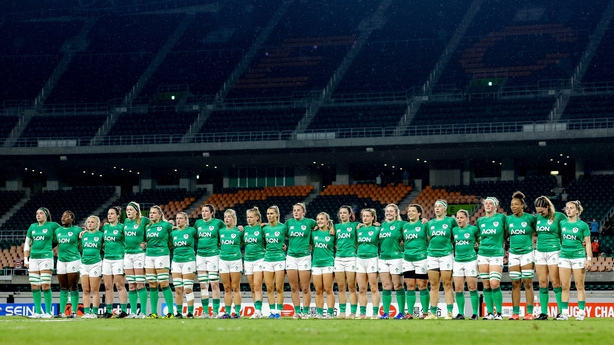 Ireland head coach Greg McWilliams has made three changes to his side following last week's impressive victory, with all three coming in the pack.

Two of those changes are injury-enforced, with influential pair Dorothy Wall and Sam Monaghan both ruled out, replaced by debutant Jo Brown and Grace Moore respectively.

The final change comes in the front row, with Katie O'Dwyer dropping to the bench, and Laura Feely given a start, having come off the bench in Shizuoka a week ago.

As well as the personnel changes, there have also been a couple of positional changes in the pack.

The backline is unchanged, with all four of last week's impressive debutants retaining their place in the team, while there are two more potential debuts off the bench, with Jess Keating and Emma Tilly included in a matchday squad for the first time.

One of those to return to the starting team is back row Seina Saito, who earns her 31st Test cap for Japan, becoming the most capped Sakura Fifteen player ever. 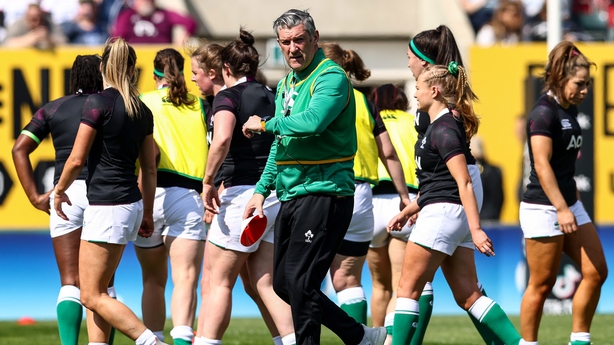 Greg McWilliams (Ireland head coach): "I expect Japan to play at a very, very fast pace and try to run us around the field. They've gone for a 6/2 split as well so I'd say it’s a case of changing the guts of their pack early in the second half to keep the pace on. It’s our job then to make sure we can match that."

Louise Dalgliesh (Japan assiatant coach): "Last weekend was disappointing. There were areas of the game that we didn't control the way we should have, including our discipline and defensive work. However, we were able to take some critical learnings, to make sure we’re moving forward towards the big picture of the World Cup. This week we will be better prepared, knowing where the Irish will try to play from and how they will approach the game. We will be more clear on our defensive responsibilities and make sure we don’t give them the same opportunities and space." 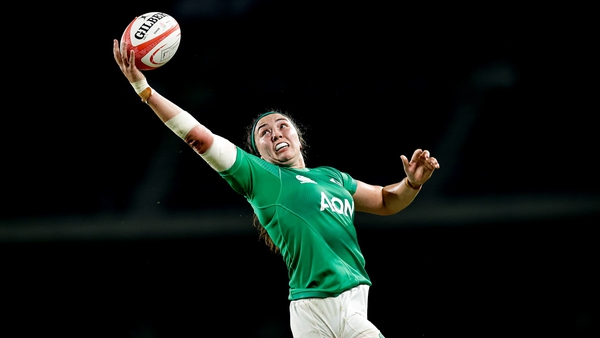 'It's next level' - Japan tour a taste full-time life