Neil Treacy is joined by Donal Lenihan, Bernard Jackman and Michael Corcoran as we look ahead to Ireland's Test series decider against New Zealand this Saturday in Wellington.

The panel look back on how Ireland put their first Test frustration behind them to level the series last week in Dunedin, with Andy Farrell's side gaining further momentum after yesterday's 30-24 win against the Maori All Blacks.

Donal, Bernard and Michael also pick the wider squad players who have stood out in recent weeks, while they give their big match predictions for Saturday's final Test at the Cake Tin. 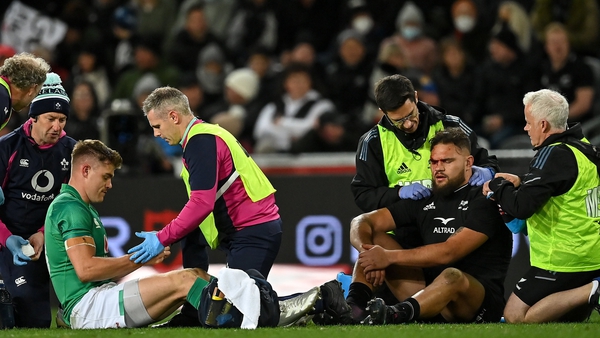