Andy Farrell says it's important to allow his players correct the mistakes of last week's first Test against New Zealand.

The Ireland head coach has made just one change to his side for Saturday's second Test in Dunedin this Saturday, with Mack Hansen coming in for Keith Earls having missed last week's 42-19 defeat due to Covid-19.

With a short turnaround to the game against the Maori All Blacks in Wellington on Tuesday, Farrell was never likely to make sweeping changes for the second Test in particular, and the head coach says it's important to allow his team prove their worth.

"There's all sorts of different ramifications that go into selection. Sometimes players probably haven't performed to the standards they judge themselves on. To not give people an opportunity to correct that is sometimes missing an opportunity, so there's a little bit of that," he told RTÉ Sport.

"Some people are unlucky not to start because they had a good impact off the bench, and they understand that as well."

Farrell added that preparations have been a lot smoother this week, having had to deal with several injuries and Covid-19 complications for their opening tour matches. 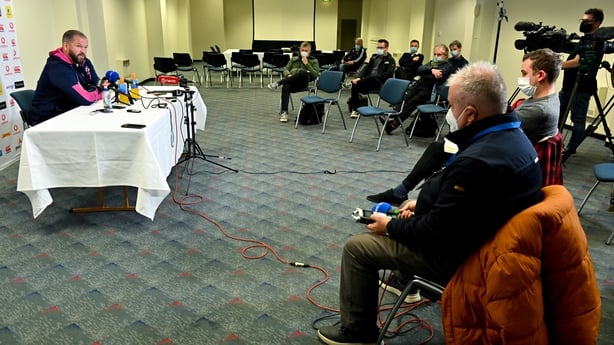 "To go along with all of that, the guys that get to play on Tuesday night have an opportunity to put their hand up for the third Test again. In our first hit-out, we had a troubled week as everyone knows. This has been more of a straightforward week.

"A lot of our lads get to have an opportunity to go again.

"To be honest, the lads are in a good place. Thursday before the Test match, you'd expect them to be, but even early in the week.

"There have been a few things to fix like there is in every week, but we've had a good training week, and the captain's run tomorrow."

The All Blacks also made just one change to their side, with Dalton Papalii brought into the back row, allowing Scott Barrett partner Brodie Retallick at lock, where he covers for the injured Sam Whitelock.

The 133-cap veteran will miss the second Test, and possibly third, due to concussion, leaving New Zealand without their established lineout caller, as well as their most experienced player.

But Farrell says the All Blacks are no weaker for the inclusion of Papalii, especially under the closed roof of Forsyth Barr Stadium (below), which is expected to allow for a fast game of rugby. 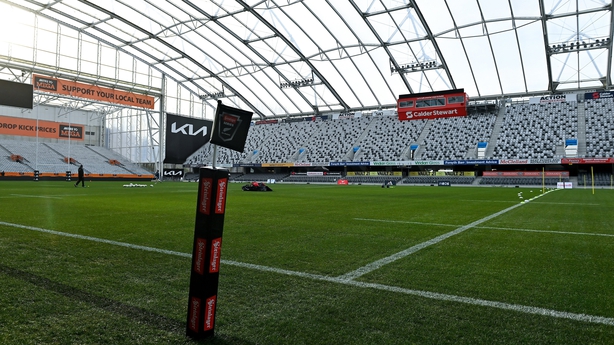 "It's debatable, you talked about a fast track, but you put [Scott] Barrett into the second row and it becomes a little bit faster. Like I said before, they could pick four sides and they could all compete against each other.

"We all know it [the indoor stadium] suits the All Blacks. Every game I've watched played at this stadium has been fantastic, it's always quick when we've been there in the past.

"I expect more of what we've seen in Super Rugby, and when the All Blacks have played there in the past, whether it's against the Lions or any other international side, the ball will be fizzing around, I'm sure."

Follow Ireland's second Test against New Zealand via our live blogs on rte.ie/sport and on the RTÉ News App or listen to live radio commentary on RTÉ 2fm (8.05am) 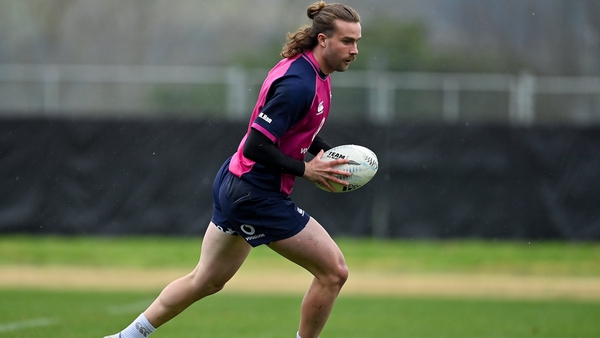 Mack Hansen returns for Ireland in only change for second Test