New Zealand second row Patrick Tuipulotu is hoping to make some better memories against Ireland this week, after being recalled to the All Blacks squad.

The veteran lock was drafted into the squad on Monday after Ian Foster's side lost Sam Whitelock to concussion and Tupou Vaa'i tested positive for Covid-19.

The recall also came as a shock to the 29-year-old, whose sabbatical playing in Japan initially being the reason he wasn't considered for selection.

But having returned to club rugby in New Zealand last weekend, the NZRU granted Tuipulotu special dispensation to be called into the squad, and he's likely to appear off the bench in this Saturday's second Test, with Scott Barrett expected to partner Brodie Retallick in the second row.

Despite being a regular in the All Black squad in recent seasons, the 41-cap international has only ever played once against Ireland, starting in the second row in Ireland's famous 40-29 win against New Zealand in Chicago in 2016.

"I haven't had a good history with Ireland," he said, recalling that game at Soldier Field.

And he says he expects a backlash from Ireland following last week's 42-19 defeat in Auckland.

"Obviously, Ireland are a very good side now and we've seen that in their wins against the All Blacks. I’ve got to do my bit to put my hand up, but if not, I’ll do my bit to help the team prepare and get ready for a good Ireland team, who are on the back foot after last week."

Tuipulotu's admits his call-up led to some domestic chaos on Monday. The former Auckland Blues captain is married to New Zealand Silver Ferns netball international Phoenix Karaka, who was also away in camp at the time, with Tuipulotu (below) needing to make some last minute phonecalls before he linked up with the squad in Dunedin. 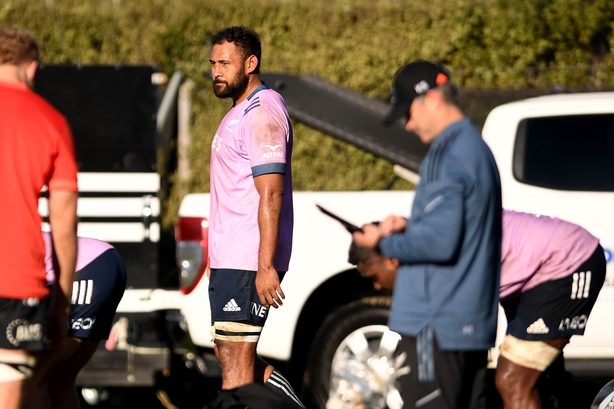 "I wasn't expecting to get called in this early," he added.

"It was quite a messy morning.

"Phoe had been in camp since Sunday in Wellington with the Silver Ferns. She gets out today so she'll be back home with the little one but I had to call my parents over.

"They were over pretty quick, as soon as I made the call, so pretty grateful for all of the family that can help out. I was able to sort the little one out before I could get here."

And while he hasn't played much rugby lately, having finished his Japanese campaign with Toyota Verblitz in May, he believes he's fresh enough to make an impact if needed on Saturday.

"The toll on the body isn't the same as what I usually get here. That in itself is refreshing.

"Coming back now, it’s good to start running around with the All Blacks and getting the intensity back up to where it needs to be."

With Tuipulotu and Josh Dickson vying for a place on the bench on Saturday, Scott Barrett's move into the second row is likely to result in Dalton Papalii's inclusion in the starting side.

Ian Foster is set to name his team in the early hours of Thursday morning (Irish time), with David Havili, Jack Goodhue and Will Jordan all out of isolation, having missed last week's game due to Covid.

However, reports in New Zealand expect Foster may choose to keep those players out for a further week, and stick with the backline that impressed against Ireland a week ago. 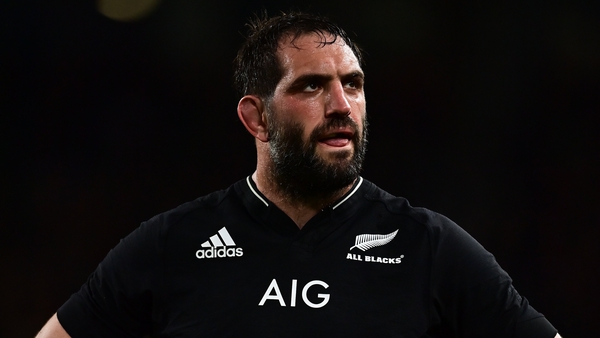 All Blacks locks Whitelock & Vaa'i out of Dunedin clash