All Blacks locks Sam Whitelock and Tupou Vaa'i have been ruled out of New Zealand's second Test against Ireland in Dunedin on Saturday.

Whitelock, who became the All Blacks' second-most capped player at the weekend, could also miss the third Test in Wellington on 16 July after reporting a delayed onset concussion following the 42-19 win over the Irish at Eden Park.

"Sammy [Whitelock] was awesome in the weekend. He became the second most capped All Black of all time which is hugely impressive.

"We'll no doubt miss his leadership and what he brings."

The hosts have called the experienced Patrick Tuipulotu back into the squad after Vaa'i was also ruled out of the second Test due to Covid-19.

Tuipulotu had been left out of the initial squad having just recently returned from a short stint playing in Japan, which meant he was not eligible for inclusion under New Zealand's selection policy.

"Tupou had been playing well all Super Rugby, and been hanging out for his opportunity.

"It's a tough pill for him to swallow, but we had got to the stage where it [Covid] is lurking, it's going to strike, and poor Toups had to get it this week.

"In terms of replacements, we got a 40-odd Test All Black in Patrick Tuipulotu to call in. He trained with us last week too, so he's up to speed and will slip in pretty seamlessly," Cane [below left] added. 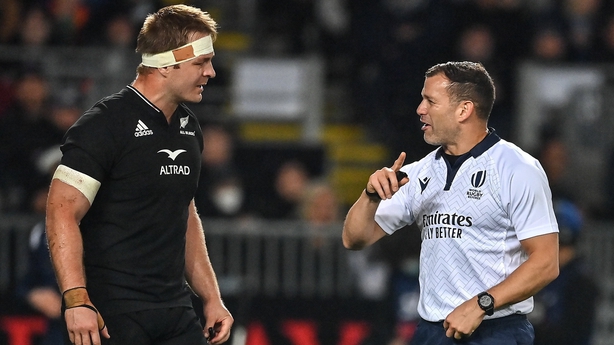 With Whitelock absent, the responsibility of calling the New Zealand lineouts will fall on Brodie Retallick, who did so when his second row partner was missing during last season's Rugby Championship.

And the captain says he and his teammates have grown accustomed to being adaptable.

"Other than that, it's business as usual.

"I think I've said a couple of times, it's not just this week, it's been the last 18 months that guys have learned to deal with things and roll with the punches. It's impressive the way it doesn't fluster the boys, and know someone else will step up. That's the way it is again."

It remains to be seen if any of Will Jordan, Jack Goodhue of David Havili are available for selection in Saturday's second Test.

The trio missed the series opener in Auckland due to Covid-19 but having returned from isolation they will be monitored for any lasting effects of the virus, according to the captain.

"There's absolutely no pressure from players, management, coaches for them to rush back, and they were on a bike yesterday with some sort of heart rate monitor, measuring how they respond to exercise.

"All of the precautions are being taken, the last thing anyone would want is to risk them getting long-Covid, there's no pressure and they'll have a few boxes to tick to even be available," he added.

And although the All Blacks scored six tries and were 23-point winners at Eden Park , Cane says his side will need to be even better this Saturday under the closed roof of the Forsyth Barr Stadium in Dunedin.

"We were lucky we managed to have a good period for the second period of the first half where we piled the points on but if you look at the rest of the test it was fairly even.

"We know they'll lift from last week but we certainly need to be better. If we deliver what we did last week this week, I don't think it'll be good enough.

"It's always energising highlighting areas we can be better and where we made some shifts. Under the roof in the middle of winter to be playing in perfect conditions that excites this team that wants to play fast and use our skills." 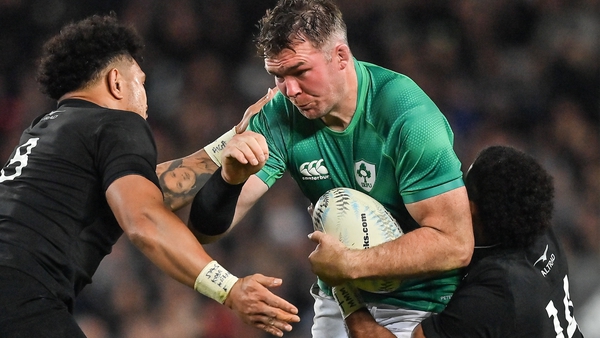