Beauden Barrett's All Black career has spanned both the BC and the AD eras.

Those being 'Before Chicago' and 'After that Day' in Chicago, if you will.

That November day in 2016 changed the nature of the relationship between the two rugby nations forever.

But when the final whistle blew at Soldier Field, the days of lip service to the spirited, plucky Irish who never give up, were over.

When they arrived in Dublin two weeks after that flag-lowering they unleashed a performance brimming with vengeance that, at times, stepped over the line: It was painful for some of the Irish players but the team now had their full attention and respect.

"You want them to respect us even more now," said Ireland captain Johnny Sexton yesterday.

"We often said that the only way to get them to fully respect you is to beat them. The plucky losers tag is not enough to earn their respect. You've got to beat them."

Barrett, the All Blacks' most famous Meath man, made his international debut against Ireland in the 60-0 win in Hamilton in 2012 and also played a role when New Zealand recorded that late win in the Aviva the following year. 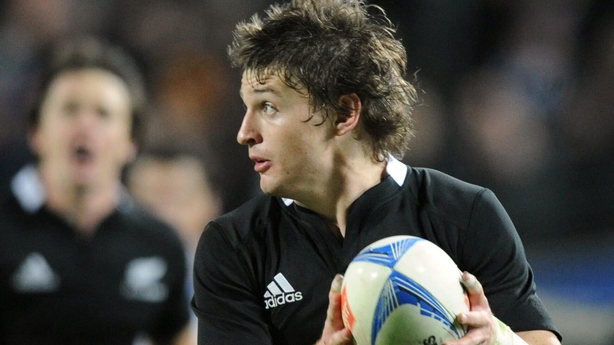 He tasted defeat in Dublin in 2018 and last year but was a try-scorer in the World Cup quarter-final victory in 2019.

The teams face off for the 34th time in Eden Park on Saturday morning (8.05am) and the Blues man, whose brothers Scott and Jordie also start, was asked how the rivalry has grown since he stepped into the fold on that night of slaughter in Waikato Stadium.

"It certainly has and we’ve been over to Dublin a few times since then," said the 31-year-old.

"They are a quality side, well coached, have been for a number of years.

"We’ve seen the game evolve a fair bit since our debut 10 years ago and I think we’ve seen a team grow significantly.

"A couple of years ago they were world number one and rightly so.

"They are a quality team and we felt that last year in Dublin, the intensity of that Test match was why they are right up there." 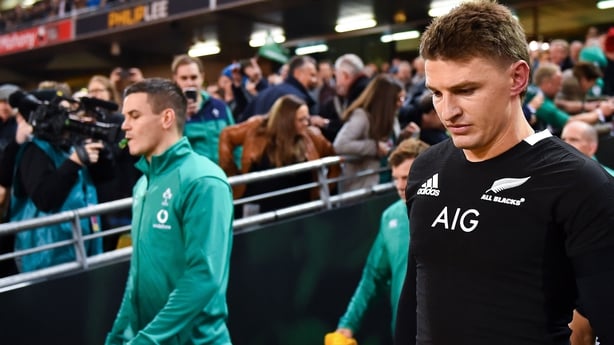 New Zealand backed up the autumn loss with a 40-25 defeat to France in what could have been read as a changing of the guard.

That’s not how the three-time World Cup winners want to see it and unfortunately for the visitors the threat of a third Test defeat in three, for the first time since 1998, will feed into how they approach the match.

Their incredible record at Eden Park, where they have not lost in their last 46 Tests, makes the task for Andy Farrell’s team even harder.

"We’ve felt like we’ve been away from home a long time so to be in front of our friends and family here is something we are looking forward to," said head coach Ian Foster during the week.

The 57-year-old was conducting his pre-match press duties remotely having contracted Covid-19 but expects to be on-site for the match.

There had been some buzz around the involvement of former Ireland boss Joe Schmidt after Foster and others from his staff had to isolate but the latest from their camp is that things will be back to normal, albeit former Ireland assistant Greg Feek won’t be involved. 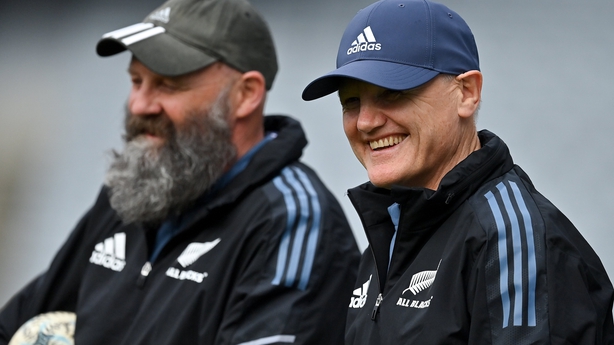 Still, there are few men who know more about the Irish than Schmidt, the Kiwi’s involvement goes back to 2010 when he took over at Leinster and his subsequent six-year stint as Ireland boss covered the team’s most successful ever period.

Schmidt was due to take up his selector role after the series but was drafted in ahead of time when Covid hit.

"He hasn’t given away too much...but there are bits about the Irish that we have picked up," admitted hooker Codie Taylor.

The Irish team, who finished second in the Six Nations, is largely along predicted lines, with Peter O'Mahony’s lineout and breakdown ability earning him the nod over Lions back row Jack Conan. That means there are 10 players who started the win in November.

Cian Healy, who was carted off the field in the 32-17 loss to Maori All Blacks on Wednesday, is named among the replacements but it wouldn’t be a major shock if he was given more time to rest his ankle.

"The team that took the field [against the Maori] isn't the team that will play at the weekend, but there's lessons to be learned," said Farrell, who lost replacement prop Finlay Bealham to Covid-19 ahead of the game with Tom O'Toole taking his place.

"What wins top level rugby will always be the same; your set piece, our discipline was pretty poor, so there has been good chat in and around that."

On the All Blacks side the big line was Scott Barrett’s inclusion on the blindside but he’s been there with the Crusaders and started the World Cup semi-final in that position. 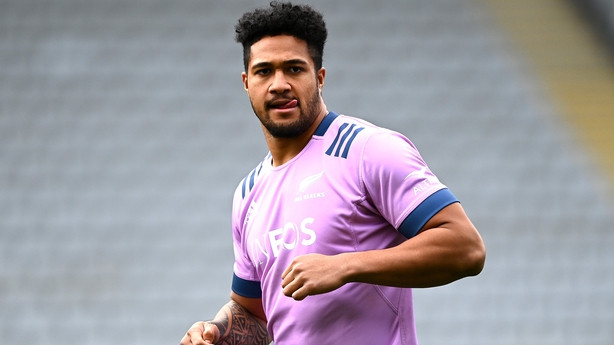 Leicester Fainga’anuku (above), also of the Super Rugby Pacific winners, earns a debut on the wing, while Chiefs flanker Pita Gus Sowakula is in line for his first cap off the bench. Eight of the team that started in Dublin are in the XV.

Speaking to RTÉ Sport, La Rochelle head coach Ronan O'Gara played down the effect of the defeat to the Maori will have on the Test side but it will have given the All Blacks a pep in their step.

"That was exciting and it sets up the tour really well. It set a bit of a bar," said Foster. 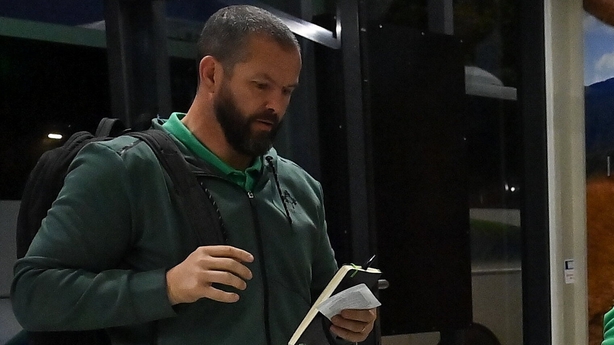 Farrell will have been hammering home the importance of discipline, which fell apart on Wednesday as Wayne Barnes penalised Ireland nine times, with another handful of penalty advantages.

Getting to grips early with the predilections of referee Karl Dickson will be central to Ireland’s hopes, while handing cheap possession over the All Blacks will be fatal.

Ireland need big shifts out of Tadhg Furlong and Andrew Porter with the bench looking light in terms of game-changers.

"There's obviously still scar tissue," said Aaron Smith of the autumn defeat and there just looks to be too much on the line for the hosts, who start as 11-point favourites, to let this one go. 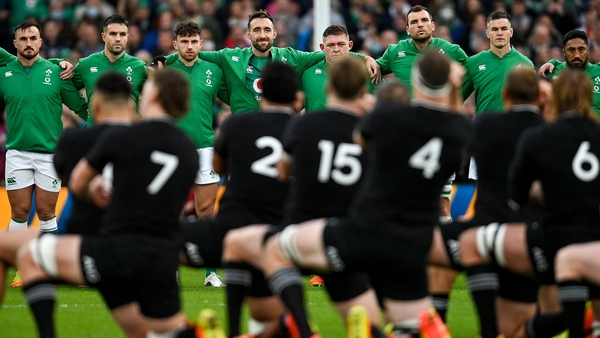 All Blacks v Ireland, first Test: All You Need to Know