Ronan O'Gara doesn’t believe that the nature of Ireland’s loss to the Maori All Blacks will seep into the preparations for Saturday’s Test against New Zealand.

An inexperienced Irish XV were soundly beaten by Craig McMillan's side, who themselves included ten debutants, to get the tour off to an underwhelming start.

While Cian Healy has been named on the bench for the opening Test on Saturday, Ireland, who already lost Iain Henderson, Rob Herring and Mack Hansen, have to deal with further injuries for Jeremy Loughman, Jimmy O’Brien and James Hume.

O’Gara, the Champions Cup-winning coach with La Rochelle, faced New Zealand 13 times in his Irish career and spent two years as an assistant with the Crusaders. 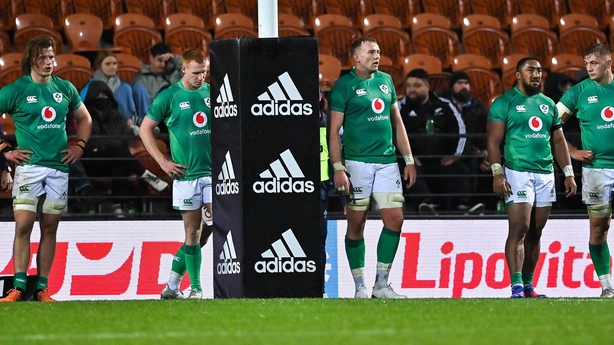 "Test games are very different and I suppose there were some good warnings for Ireland in the fact that you can’t give New Zealanders time and space on the ball.

"That was one key learning and the second was just how dangerous they are in transition.

"Thirdly, their skill levels, even in wet conditions, June, it was slippy ball, their front five are very comfortable handling.

"So we got an early snapshot into what you’ll see on Saturday from the boys in black.

"From an Ireland point of view it’s something that can be addressed quickly but stopping it in real life can be difficult, especially in Eden Park if they get their tails up.

"You have to start fast against New Zealand and when they become unplayable is when they get confident.

"The flip side of that is when you take away their time and space and put them under pressure and they have new combinations, then there’s a big opportunity for Ireland." 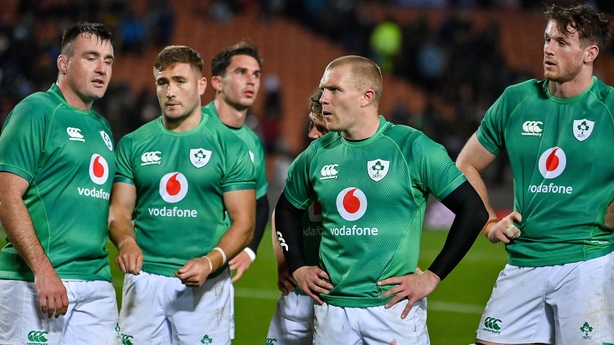 While Andy Farrell selected a callow side to face the Maori, with 12 of the players having just 25 international games under their belt, there were still concerns that even the more experienced players like Keith Earls, Bundee Aki and Jordan Larmour weren't able to exert a calming influence when the hosts got the upper hand.

"In live sport one action leads to the next," said O’Gara when when asked about reacting to waves of pressure.

"Once you lose momentum it’s very difficult and the messages coming down from the coaching box can be rather futile because how do you implement that?

"It starts with a kick-off or reception and how you impose your game on them.

"You could see in the Maori game that when Ireland held the ball and they were accurate there were opportunities but when they were inaccurate, they gave away the ball cheaply and if you do that in New Zealand, you normally end up underneath your posts.

"Concerns around the cover in the front five for me, and I think that's an area New Zealand will be targeting..."@LenihanDonal has been giving his thoughts on he Ireland team to face New Zealand on the #RTERugby podcast 👇 https://t.co/PnkjPk6CFj pic.twitter.com/RgUBJDrMcO

"Against other teams you don’t, you concede territory but that’s the difference between New Zealand at home and any other team; their capacity to execute at speed from turnover ball.

"It’s flipped on its head now. New Zealand came to the Aviva in November at the end of a long season [and lost 29-20].

"Ireland are now going to Eden Park in the middle of winter with a wet ball at the end of a long season but I think the Irish players are incredibly well managed, none of them are over-rugbyed and this game has been on the radar for a long time.

"Yeah, there was a disappointing start but it can all come good with a big performance on Saturday night."

The nature of the relationship between the sides changed in 2016 when Ireland grabbed their first ever win over the All Blacks in Chicago and Farrell's side have won three of their last five meetings with the three-time World Cup winners.

Victory on New Zealand soil, however, remains on the to-do list.

"None of them were in New Zealand and that’s the next hurdle for Ireland but they’ve been jumping hurdles for decades now.

O’Gara, who won a Grand Slam in 2009, says that Ian Foster’s challenge is to come up with his best combination and while he figures that out, Ireland have a shot.

"For the first time in a long time the New Zealand team is very difficult to pick," said the 45-year-old.

"For me there’s debate on probably 10 positions in that team.

"You look at the backline: Is it [Beauden] Barrett or [Richie] Mo’unga, who plays 12? Is Ioane a winger or 13, Sevu Reece is playing on the right wing, there’s a debutant on the left wing [Leicester Fainga’anuku].

"There are so many really good players but when you have such dept it’s very hard for people to claim that jersey.

"That seems to be happening with this New Zealand team, some guys are playing and they are in and out.

"From Ireland’s point of view and they have a look at them, they strip back the non-important information they’ll view opportunity in this game. "