Jordan Larmour's recent form will make Leinster wonder what might have been, according to Eddie O'Sullivan and Fiona Hayes.

The 24-year-old has had a stop-start season to date, punctuated by hip and groin injuries which have limited him to 11 matches for the province.

However, after returning from injury last month, he's put in two of of his best performances in recent seasons, picking up Player of the Match in consecutive matches against both Munster and Glasgow.

Those games came either side of the Champions Cup final in Marseille where Leinster were beaten by La Rochelle, Larmour missing out on selection to Jimmy O'Brien who started on the right wing, and Ciarán Frawley, who was ultimately an unused substitute in the 23 jersey.

And after Larmour backed up his starring role against Munster with two more tries and a pair of try assists in Saturday's 76-14 hammering of Glasgow Warriors, Hayes and O'Sullivan both agreed it's hard not to think about the difference he could have made in the Champions Cup final.

"You'd have to sit back and wonder what he would have brought against that La Rochelle team, but that's that," said Hayes on the RTÉ Rugby podcast.

"He's really grabbed his chance, he wants to go to New Zealand in the summer, and he's playing outstanding stuff at the minute, his metres, his footwork, he's just electric and exciting to watch.

"It's great to be talking about him back in the mix again." 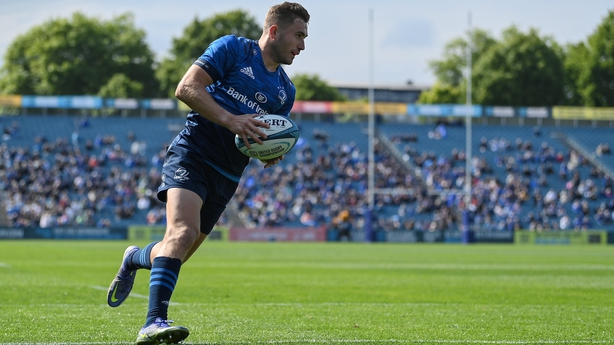 O'Sullivan agreed that his return against Munster should have been enough for him to make the final 23 at Stade Velodrome.

"I'm not playing Monday morning quarterback, but I think he played his way into the final against La Rochelle, because he has the x-factor you want in the outside channels.

"But that's water under the bridge," O'Sullivan said.

With six tries in his last six games, the Ireland international is once again likely to be the game-breaker in Friday's United Rugby Championship semi-final against the Bulls, on what will be his 25th birthday.

Larmour's form is also likely to bring him back into contention with Ireland head coach Andy Farrell. While the Leinster wing has 30 Test caps to his name, his last appearance in an Ireland shirt came almost a year ago against Japan, with Mack Hansen, Mike Lowry and Robert Baloucoune all getting picked ahead of him among the back three stocks since then.

"Wingers play on confidence. If your confidence is down as a wing, you're never going to be at your peak, because it's all about what you do when you get the ball," added O'Sullivan.

"Wingers tend to get the ball with a view to make a linebreak, or creating problems for the defence, that's their mindset.

"Larmour has always had that ability, but he's bene unfortunate with injuries too. He had a bad hamstring injury this year, but he's definitely found his mojo, there's no doubt about it. It think it's great.

"I think he's embraced his old self - even though he's still young - but we remember him when he was a teenager, he was just lighting it up, and he's found that again. He's very fit, he's confident in his fitness, and confident in himself.

"He got buckets of space last weekend and that's what happens when you give him space." 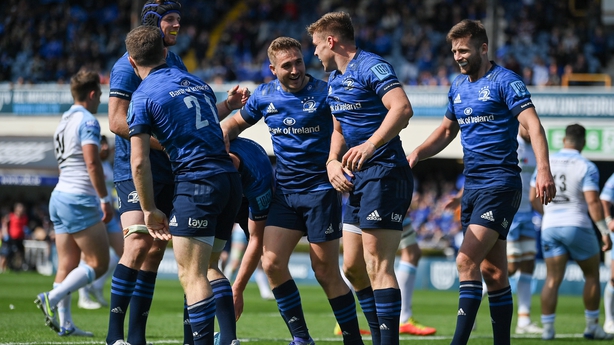 The Bulls come into Friday's semi-final off the back of a dramatic 30-27 quarter-final win against the Sharks, while Jake White's side are one of the form sides in the league with nine wins in their last 10 games. But Hayes believes their defensive system plays into Leinster, and Larmour's hands.

"I think Larmour, if starting, will do awful damage to that backline. The Bulls internal defence is good, but out wide they can be picked off.

"If the kicking game is good, you can get behind that as well. We saw Larmour's confidence is building and building. He's been exceptional in the last couple of games." 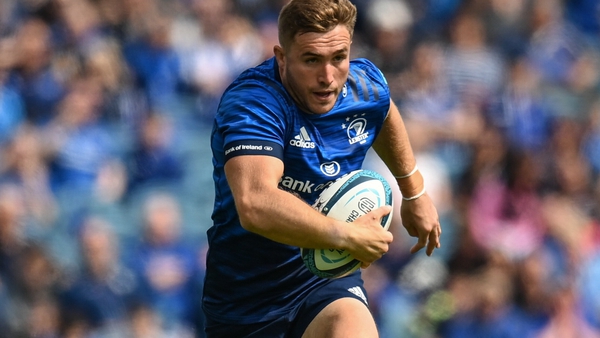 Red-hot Larmour back in blue and relishing Leinster competition