Tadhg Furlong, Rónan Kelleher and James Lowe are all on course to be fit for Leinster's Heineken Champions Cup final next Saturday.

The trio were all injured in the semi-final win over Toulouse and will sit out this evening’s URC clash against Munster (7.15pm).

Given the importance of next week’s game and the fact that Leinster are already through as top seeds in the URC, they were unlikely to feature this evening in any event.

Tighthead prop Furlong went off in the 17th minute of the semi-final with an ankle issue.

"The lads are coming on well, all three of them," said Cullen.

"Yeah, I think [Tadhg] should be fine. That's the way I understand it at the moment. He should be okay."

Loosehead Cian Healy, who has 245 Leinster and 116 Ireland caps, is, however, down to cover the tighthead position off the bench this evening. 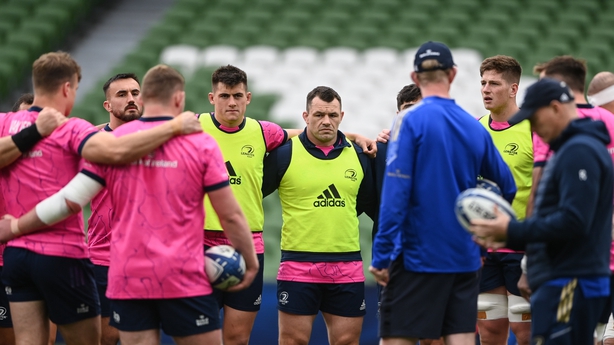 "Cian played tighthead at the start of the season," said Cullen of the 34-year-old.

"Someone in the front-row has to be able to play across the front-row now because as you would have witnessed from the Ireland-Italy game, when nobody shifted across for the contested/uncontested scrums piece and you go down to 13 men.

"Even last weekend, Tadhg went off and so Mike [Ala’alatoa] is getting treated as well for a cut that had.

"So, if say, he had to go off, it's just to get ourselves covered if that situation were to arise, depending on what selection happens next week. It's good.

"Cian really took to playing tighthead incredibly well at the start of the season, so it's just another string to his bow really.

"For a longevity piece, it's an amazing skill-set to have.

"He played hooker as well, many moons ago in a game that I was playing in, away against Racing in a European Cup match. He ended up playing hooker.

"He is remarkable, Cian, in terms of his mindset to want to do it.

"It's something that we will look at, that's why he is covering on the bench. It's not like we are trying to hide it, he's in the 18 jersey." 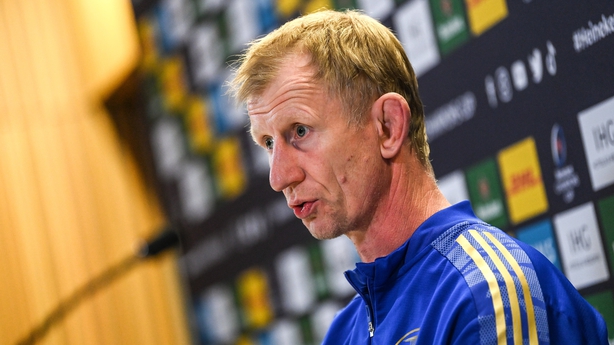 Testament to the strength of the Leinster squad and academy panel, Cullen has used 59 players in this season’s campaign to date.

Many of these have come through the schools system, with St Michael’s and Blackrock College, in particular, major suppliers of young talent.

Asked about the need to broaden the player pool outside of the Dublin 4 area, Cullen agreed.

"Yeah of course. You want to get the best reach as possible and we know in Ireland it’s competitive for the hearts and minds of kids and their parents as well," he said.

"If you think there’s GAA that hoovers up a lot of the talent in terms of engaging the kids and soccer as well. I see that as a parent myself.

"But for us we need to make sure that we try to broaden the base as wide as possible and get into all corners of the province to get as many kids as early as possible engaged in the game and get excited about playing, and continue to play as well.

"The role of the clubs this season has been fantastic as well because we haven't had that many 'A’ games.

"So a lot of our guys have gone back, whether that be some senior guys but certainly the majority of the academy guys have had a lot of very valuable game time with the clubs as well, which is good to see. 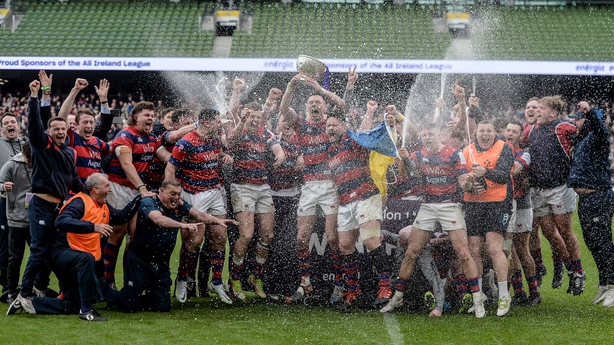 "You had an all-Leinster final between Clontarf and Terenure which is fantastic to see. We played an ‘A’/academy game against the clubs a few weeks ago, which is a really nice concept as well.

"But it is important that we try to engage with the clubs as much as possible. That’s where the work goes in on the ground so to speak.

"We are the beneficiaries of a lot of that good work which goes on in the schools that you mentioned, clearly, but lots of the clubs out there as well on top of that. The more talent you have at your disposal the better for sure.

"But it has been positive around the clubs. Even that Universities game I see that Tony Smeeth my former Under-20 coach from Blackrock, ably assisted by Hugh Maguire with the Irish Universities.

"Hugh was my under-12 coach in school. Like, it’s great to see those types of people still delivering at many levels of the game really, because you need those great people involved in the game." 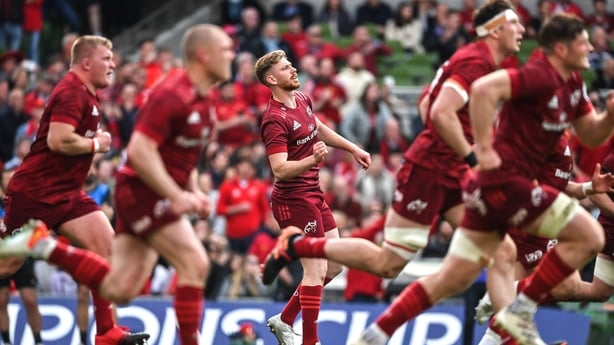 While Leinster have nothing to play for in terms of placings, Munster need a win to secure a home quarter-final berth.

"They’re definitely trying to play more for certain than their traditional game shall we say," added the former Leicester Tigers captain.

"They’re definitely making progress for sure. They’ve a lot of experience through the team.

"Even with a couple of those guys coming back in, Andrew Conway is one that certainly stands out, it’s going to be a right ding-dong battle for sure.

"I think you saw with the mindset, particularly around that Rainbow Cup last year where we were missing a couple of players, a bit of a mixed team, and they came very physical against us so that will always be in the DNA of their team.

"It’s important we are aware of all of their threats.

"The better teams have multiple ways of playing the game, that’s something we’ve always been aware of.

"They’re trying to spread the ball more than they have in the past so we’ll see and we’ll try to adapt to whatever pictures they throw at us."