The final round of the United Rugby Championship regular season takes place this weekend and there are a number of places still to be decided.

Five of the fixtures have direct consequences for the locations of the first knockout games.

The top four in the table all earn home quarter-finals, while the sides placed fifth to eight will have to negotiate tricky away ties, including cross-hemisphere trips.

The two losing bonus points that Leinster secured on their trip to South Africa means they are clear at the top and cannot be caught.

Their number one seeding also means that they will have a home semi-final and final should they progress through the knockout stages.

With a Heineken Champions Cup final to prepare for on Saturday week, Leinster are likely to rest most of their front-liners and give the opportunity to their squad players to impress Leo Cullen when they host Munster on Saturday evening (7.15pm).

On paper, that should make the visitors' job easier.

Johann van Graan’s men are currently second in the table on 56 points and a win of any colour guarantees a home quarter-final.

The 2011 champions are level with Cell C Sharks, DHL Stormers and Ulster with 11 games won so a try-bonus point victory could be key to earning number two ranking and securing a home semi-final (should they qualify).

Defeat, depending on how the Vodacom Bulls do against Ospreys, could see Munster, who lost to Toulouse in the Champions Cup quarter-final after a place-kicking shootout, drop to sixth.

"There’s in no doubt there’s a lot of pressure on Munster in this game," former Ireland head coach Eddie O’Sullivan told the RTÉ Rugby podcast.

"Not just that they want to cement their position for a home quarter but if they lose to a Leinster second string that’s just going to set their season back. It will take a lot of the glow out of the Toulouse performance [which ended in a 24-24 draw aet].

"I think they’ll go full out and win it. They shouldn’t struggle with it either.

"They need to go out like a well-oiled machine and take Leinster apart. Losing isn’t an option." 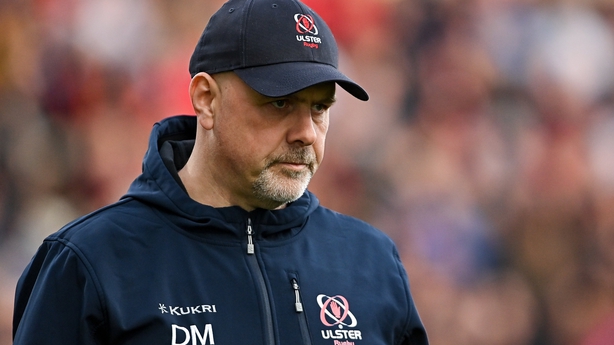 Ulster sit fifth in the table on 55 points and take on third-placed Sharks, who are one point further ahead, on Friday evening (7.35pm).

A win will guarantee a home quarter-final, while the number two ranking for a home semi-final is possible and would most likely require a victory for Ulster and losses for Munster and Stormers who lead in many of the tie-breakers.

Technically, Dan McFarland’s side, who have lost two of their last three games, could squeak into the top four with just a losing bonus-point but that they require heavy defeats for Stormers or Munster.

"Ulster’s season had hit a wobble," said O’Sullivan. "They know they left the Heineken Cup [second-leg loss to Toulouse] behind them and then that loss to Munster rattled their cage a wee bit.

Connacht, meanwhile, are out of the running following an inconsistent season in the league.

They will say farewell to a number of players who are moving on following Saturday's home game against Zebre (5pm, live on RTÉ2 and RTÉ Player).